The Blackberry Garden Plant of the Year Award 2021

Ok, ok, this is a little later than usual - it’s been a weird year and I did not forget, no no no...... but I might have been a little distracted....... Now in it’s 9th year I proudly present the Blackberry Garden Plant of the Year Award 2021. This annual award goes to the plant that has pleased me most in the garden in the last twelve months.  This award is totally subjective with evidence been firmly based in whim.  Let the ceremony commence …. I sometimes think that the winter/spring plants get a rough deal with this award as I think I overlook them unfairly.  This Hamamelis flowers for weeks every winter.  It flowers early and whilst I have never detected the scent that is often talked about with these shrubs, it always brings a smile to my face when I see it start to shred up.  A worthy runner up. 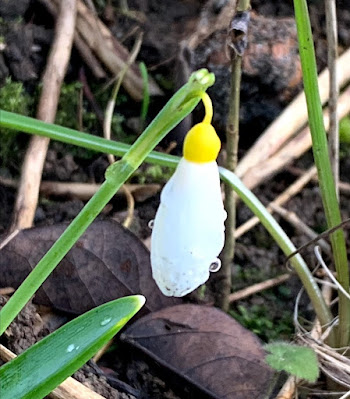 Another runner up is Galanthus Madeline, who a runner up in 2017 but then was an 'Irritating Plant of the Month' in February 2020 but now is on the shortlist as she flowered this year rather nicely.  This made me happy and I like a bit of redemption. 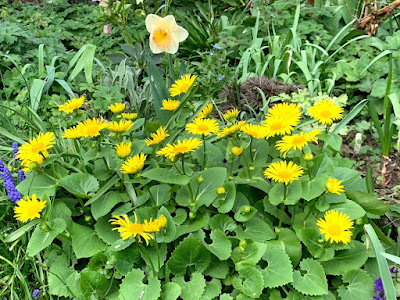 This Doronicum orientale is also a runner up.  I have several of these placed through the Conservatory Border.  They flower early and give a good rhythm to the border.  They are also bullet-proof, they just flower and flower. 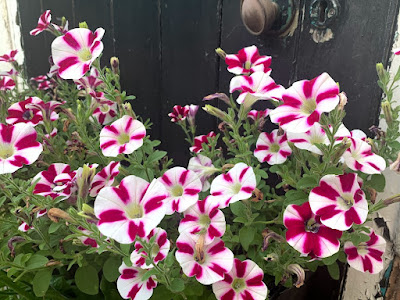 But this award is about more than just being a good plant, it is about being a plant that I spent a lot of time cooing over and fussing over and generally thinking the world of this year.  This Petunia 'Pegasus Burgundy Bicolour' is firmly in this class of plants.  It has been amazing this year and flowered for months.  I planted some in the borders and some in a wall planter and it has just done so well.  This plant did not win, but it came close, oh so close. 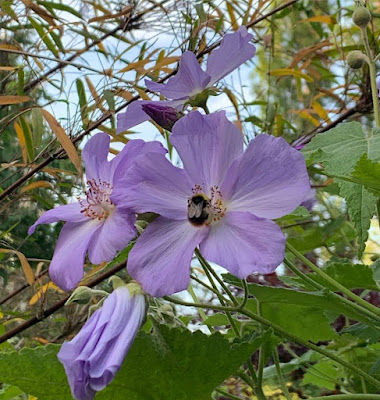 This Abutilon vitafolium is a real favourite with me.  I bought the original plant a few years ago and propagated a few more from seed.  It is big, it flowers early and bees love it.  A very near miss this year for the award and a worthy runner up. 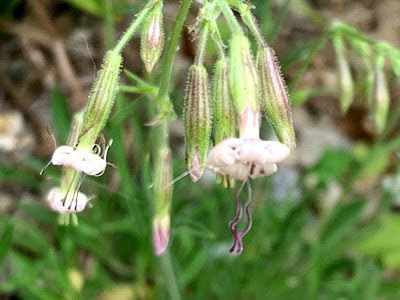 A surprise entry as a runner up is the Nottingham Catchfly which I grew as part of the project run by Nottingham Castle to return this plant to the location where it was first identified.  I might (did) keep a couple of the plants for my own garden and I was delighted when this one flowered.  I had no idea it would be so pretty when it flowered so it jumped onto this list. 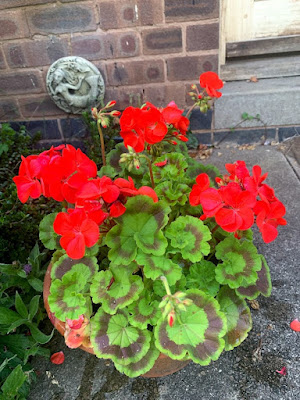 Another joy has been these wonderful scarlet pelagoniums.  I know they are pelagoniums but I look at ones like this and I know that they are geraniums because that it what we always called them when I was growing up.  My mum used to grow them every summer and the sight and the scent (unpleasant scent if I am honest) always remind me of that time.  I cannot resist growing them and they always make me smile.  A worthy runner up as this year as they are such good reliable plants, they have flowered for months. 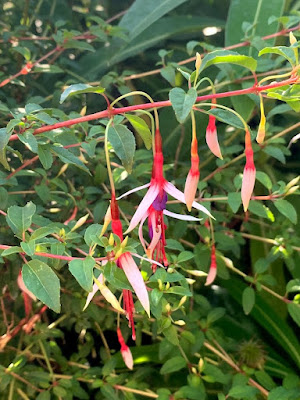 The fuchsia 'Lady Bacon' (not a euphemism) has to get a special mention this year.  I have had this plant donkeys years.  I bought this plant from Hampton Court Flower Show in 2014 and it has been a good plant, but, well, a little underwhelming.  It grows every year, it flowers every year and I hardly notice it.  Then this year it decided to go big an go bold.  It is suddenly a goodly sized shrub and it was covered in flowers for weeks.  I kept noticing it, I kept praising it.  This earned it a place on the list.
Now I need to get serious, now I get to award second place. 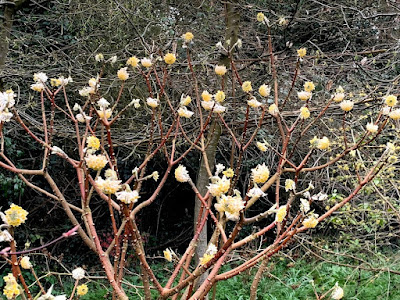 The Edgeworthia chrystantha.  There are few plants that I fuss over more than this shrub.  I spend every winter worrying will it get through ok to spring, and so far it does. 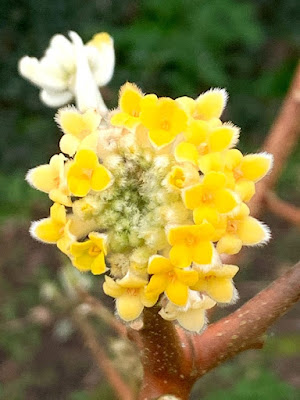 The flowers are beautiful, great for early pollinators and the scent is to die for.  I love this shrub too much.  This shrub has made it to the runners up list previously, it is a little 'always the bridesmaid.....' as the saying goes.  Was this year it's year?
Well no, I've already said it is in second place so it did not win.  There was a clear winner this year when I thought back to how much I fussed and fawned and adored a particular plant.
yes of course..... 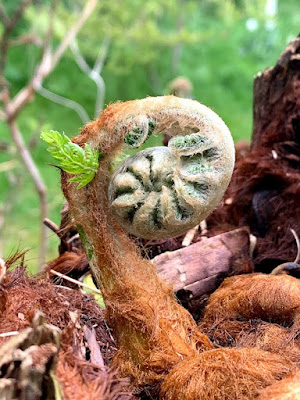 The Tree Ferns, the Dicksonia antarctica had to win. 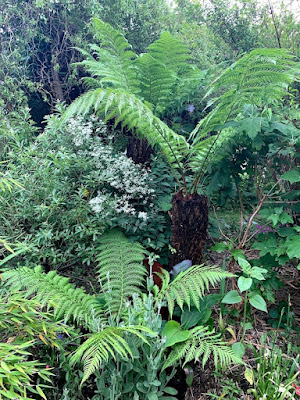 I have ended up with five tree ferns, I would say sort of accidentally, well it is accidentally and what happy accidents they have been.  You can only see three in this photo as the other two are very small and were in their pots in the Courtyard Garden when this photo was taken.
They have been the joy of this year.  They are currently wrapped up snuggly and I shall fret about them until I see the new fronds appear next spring.
A worthy worthy winner.
Previous Award Winners can be found here