The Blackberry Garden Plant of the Year Award 2018

December 27, 2018
Well what a year it has been for the garden!  A cold spring and a dry scorching summer leading to a mild autumn.  The plants have not known if they were coming or going for most of the time.  Nonetheless, it is the time of year when I make the annual award to the plant that has impressed me the most in the last twelve months in the garden.  It is an entirely subjective award and the plants have no right of appeal against the decision.

It has been, however a good year for peonies so first contender on the list has to be Peonia Coral Charm.  I bought this plant a couple of years ago and after a brief settling in sulk it now produces several long lasting flowers. 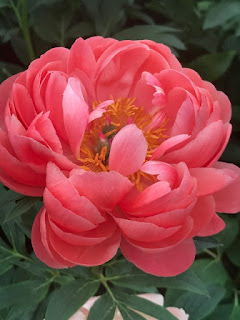 one of the great beauties of this peony is that it fades prettily pale which keeps the flowers even more interesting for a long period. 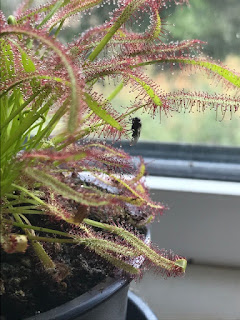 Another plant that has made me very happy this year has been the drosera.  It was a tiptoe into the world of carnivorous plants and I have found it more rewarding than I expected. 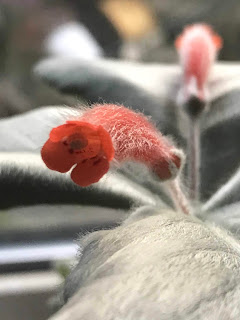 I am not sure if including houseplants is cheating, but as it is my blog, my rules; another great plant that has given me much joy this year has been the Sinningia leucotrichia.  It has to feature on this list as it is just a constant joy. 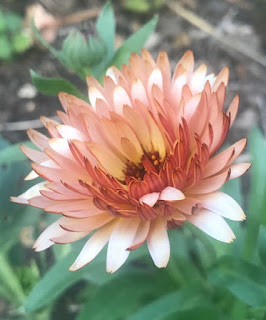 These marigolds 'Sherbet Fizz' have been a serious contender this year.  They have flowered for months and I have rated them very highly.  I love annual flowers and marigolds are always a favourite.  I can be a bit 'old school' in preferring the simple orange pot marigolds but I think these are a great addition to the marigold family.

There is a close second to this year's award: 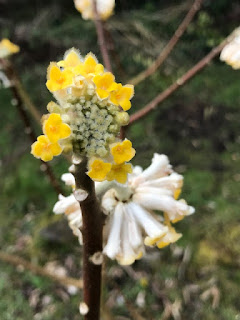 the very beautiful and much loved Edgeworthia chrysantha 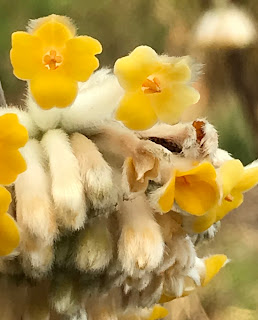 This is a shrub I think the world of.  Every winter I keep a close eye on it as I fear it might not survive a harsh freeze.  It is now quite a large shrub so I relax a little every year as it is now quite mature.  It is never a total relaxation though.  This shrub is worth the angst.  It has colour and scent at a time of the year that not much else does.  It probably would have won except.....

...... this year there is one plant that excelled itself beyond all expectatioins:

Dear readers, I present to you the Blackberry Garden Plant of the Year Award 2018 winner...... 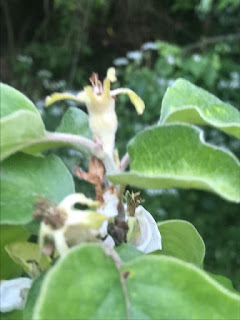 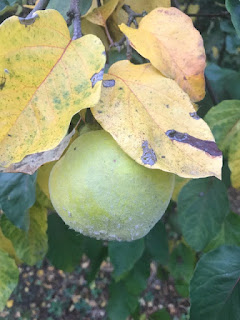 Yes the winner is Quince Major, for producing quinces and looking amazing all year.  I doff my gardening hat at you (and yes of course I expect more than seven fruits next year, QM has to focus on continuous improvement).