September is a month of retain, remove and replace in the veg garden.  I can pause briefly take a moment to see what worked well, what not so well and the frankly quite disastrous. 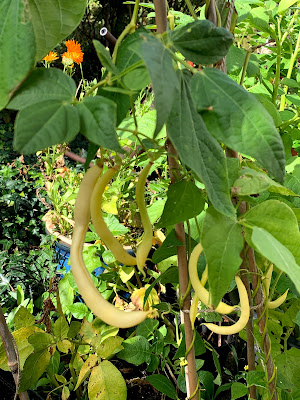 The french beans have been wonderful.  They have cropped at just the right rate, not a glut but not a lack either.  I have grown 'Monte Gusto' this year and I am totally enamoured with them.  They will definitely be grown again next year. 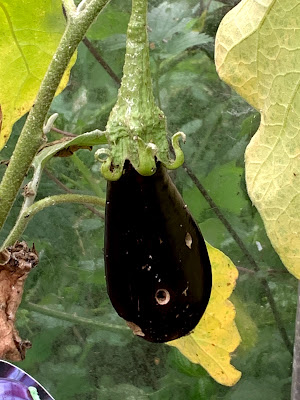 In the greenhouse the aubergines are over.  The Bonica hybrid cropped well, had I had more than one plant I would have had a really good crop I think.  Sadly the Black Beauty did not produce so well.  One nicely forming fruit mysteriously disappeared (I blame a mouse) and the second one got nibbled.  Two of the plants flowered but the fruits never set.  This does not deter me, there will be more aubergine plants next year. 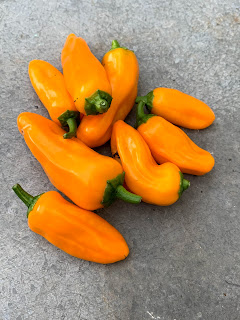 The chillies 'Cheyenne' have been great.  They have produced lots of fruit and there are still some ripening on the plants.  I hope they still have time to do so. 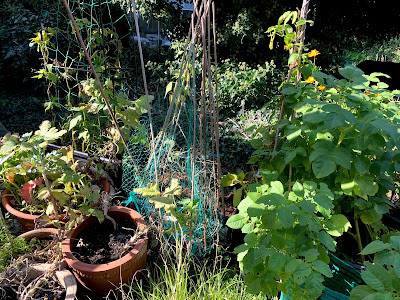 Overall it has been a good season and apart from onions and the occasional cauliflower I have not bought any veg from the shops for weeks.  This is good.  I have ordered some onions for next year, though I have struggled growing them in the past.  I have had them drown in very wet winters.  I am going to plant them in containers to see if that helps (or makes it worse).  Meanwhile in the container veg garden the peas are long gone, the beans are being left for seeds and will be taken in to dry soon. 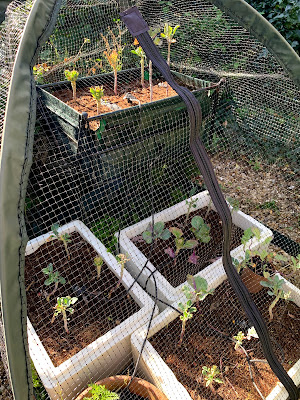 The broccoli and caulis have been unanimous in their dislike of container growing. 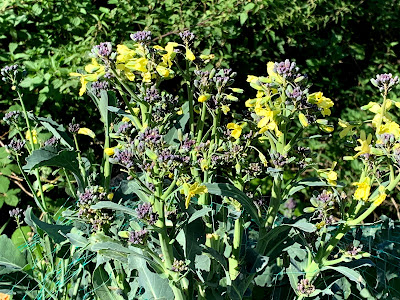 The brassicas in the veg border have been far more successful and I have been very pleased with them.  Some of the broccoli is now flowering and I am wondering if I can collect viable seed from them.  I will let you know. 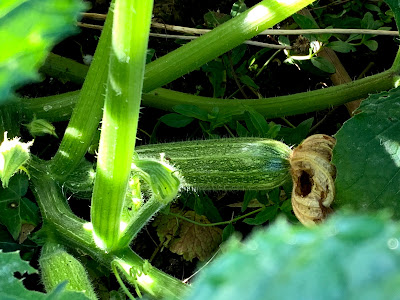 There has also been the surprise courgette.  I planted a couple into the veg borders and they got frosted and slugged and I pretty much forgot them.  One of them kept growing and suddenly there were two courgettes developing. 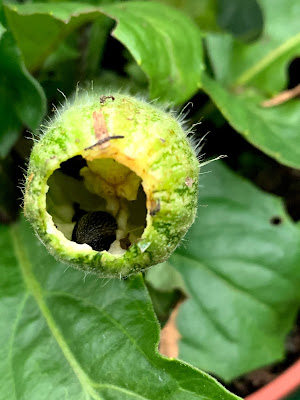 one turned out to be a hollow promise (bl**dy slugs) but the other is still coming on well. 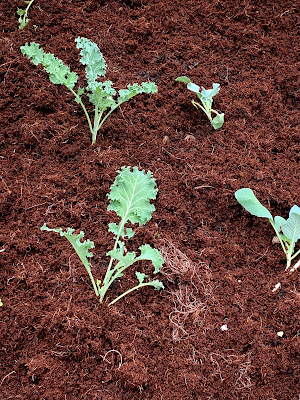 and there is more planting now in progress.  Cabbage, Kale, Cauli and broccoli, the promise of veg for Spring.  I have used the spent compost from the veg containers to act as mulch.

I am also thinking I will sow a few broad beans, I used to grow them a few years ago as they are nice and easy and taste good.  I stopped as I did not like them that much, but now I miss not having them (absence makes the heart go fonder and all that....).  I have also been looking at autumn sowing peas, I think they could be interesting to grow too.

and I have to get my mulch mojo going properly so that I can practice No Dig.  So much to do...... the season turns and we move into the next phase of growing.  The circle of life continues...