July 22, 2020
Things are now getting very exciting in the veg garden as I am now starting to harvest some of my produce. 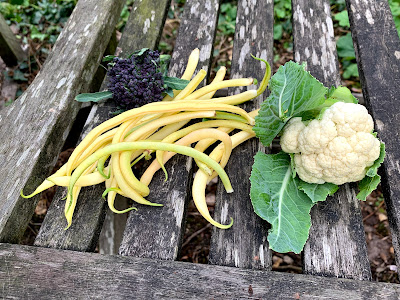 I know everyone says that there is nothing as good as the taste of vegetables you grow, this is because it is true.  There is also nothing quite like the achievement of actually producing something edible!  Well that is how I feel anyway.
The cauliflower in particular is a moment of total pride for me.  I have tried in previous years and never picked them in time before they go over, bolt or get demolished by slugs.  This year I was not going to let this happen, so they may be small, but I have now eaten two, which is two more than I have ever managed before.  I am Mrs Smug McSmug! 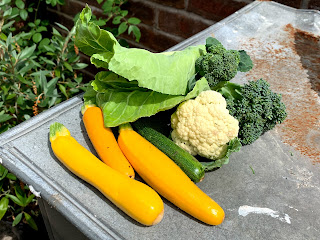 I also never thought I would be someone who would pick caterpillars from cabbages, but my netting attempts have been fairly useless and so in an effort to save my vegetables I go out regularly to inspect the leaves and remove the little critters.  I put them on to the compost heap, please don't tell me they will home their way back to the brassicas! 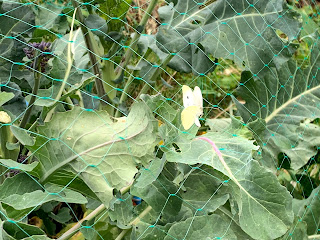 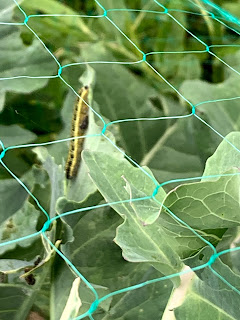 I am now also harvesting my first crop of potatoes. 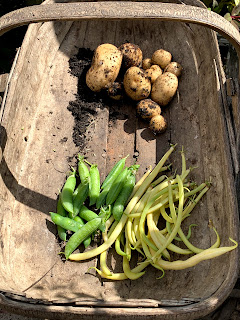 You may recall that I was trialling growing First Early Potatoes 'Rocket' in New Horizon Compost.  I am sorry to say that the crop was disappointing.  There has not been a high yield at all.  This is a shame.
On a brighter note:  peas are one of my very favourite vegetables to grow.  I know the harvest period is not the longest you can have, but every fresh pea is a special pea.  I even enjoy podding them (or it is de-podding them?) 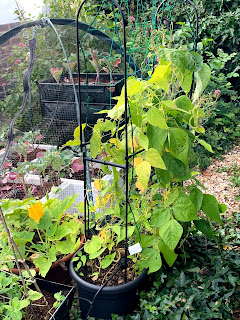 The french beans have been really good this year so far.  I am particularly fond of the pale yellow ones as they seem to have the best flavour I think.  The ones I have grown this year are called Monte Gusto and they are just suberb.  Very easy to grow and they are cropping nicely.  As previously mentioned they are growing in a container. the Elho Veggie Wall Planter and they seem very well suited to it.  A couple of times it blew over when the wind was very gusty, but there was no damage done and it was easy to upright again. 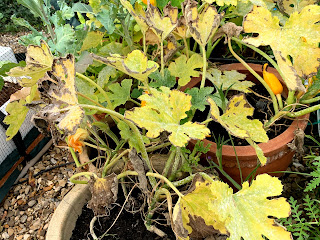 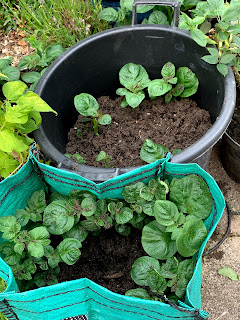 The potatoes for Christmas are growing ok, I half wonder if they are not a little fast!  But then, we are more than half way through the year now so maybe they need to be getting on with it?  When I harvested my first bag of first early potatoes I reused the compost to earth up the other potatoes still growing.  I was getting rather concerned about the amount of compost container growing was using.  This year it has been so hard getting compost some of the time that I realised that I should be more careful with its usage.  Reusing compost is clearly the sensible and responsible thing to do, and, let's face it, it saves money too.
I am really enjoying this year of container veg growing.  Having most of the containers just outside the back door makes it so easy to just nip out and pick enough veg for tea.  It is also encouraging me to eat better as I have to keep picking the vegetables and using them.  This is all good and encourages me to want to grow more.
Stay safe all.
cabbages cauliflower Climbing bean Monte Gusto container veg growing fresh peas grow your own grow your own veg Thompson and Morgan veg growing