A Sunny Day at the Belvoir Flower and Garden Show 2021

I had a look back and the first Belvoir Flower and Garden Show was way back when in 2018 when life was so much simpler.....  I have not managed to get to every year it has been on (I think I missed 2019 - sorry) but I did go last year when it was postponed to September and as my most local show it is the one I like to support whenever I can. 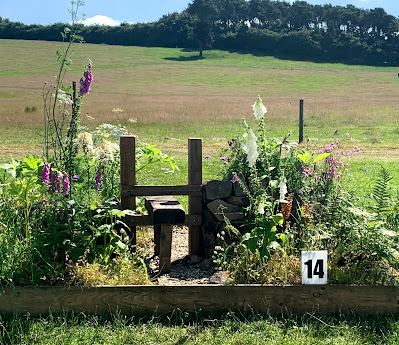 This year the show felt larger than ever.  Definitely its best year yet.  I have said from the start it had the capability to become something really special and it is becoming just so.   I went this year with my often garden-show companion sponsored by the London College of Garden Design and we did our usual routine of a general circuit to begin with.  This means that we visited the show garden competition first. 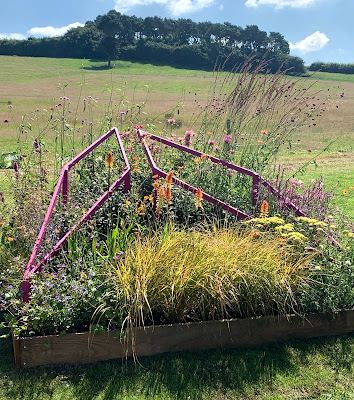 These gardens are small and that, as they say, is where the skill is as you have to be very strict with yourself and plan very carefully to make every plant count.  I loved this one in particular by Darren Jaques. 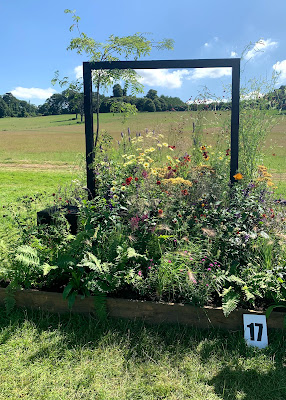 This border was  by Silva Barnes, I loved the vibrant colours.
Once the gardens had been inspected we then circled the stands.  There were so many to look at and some very good nurseries, some of whom I don't think I had seen before.  I always like looking at new stands.  I was, however, very good.   I walked away from the tempting banana plants that were a good price and begged me to buy them.  'I have enough bananas' I told myself.  I am not sure I was convinced about this, but I did manage to resist. 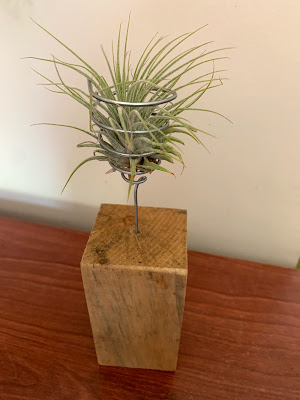 I did not resist this air plant.  My daughter said the other day she wanted one and so this jumped into my hand as a present for her. 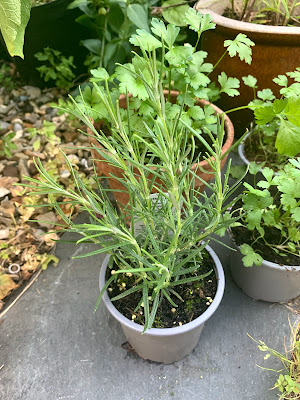 I also bought this rosemary 'Miss Jessop's Upright', the scent from it is exceptional.  There was some dicussion about whether it was better to have an upright one or a more wambly (technical term) one.  Someone might have strayed into some double-entrendre (you can work it out who and what) (mea culpa)  After some childish sniggering Miss Jessop was purchased.
We had a lovely few hours at the show.  It was sunny and flipping hot and getting hotter when we left.  We did want an ice-cream but the queue was long for the ice-cream van and we decided we might be able to get home before we would reach the start of the queue (rather an exageration, but...) and so we went home and had ice-cream and tea.  All was good.
and it was good.  It was good to be out, it was good to spend time with a friend and it was good to support this local show.