The Blackberry Garden Plant of the Year Award 2020

Yes we are at that time of year again when I have been making my final decisions on what will be the Plant of the Year.  The entry criteria is simple: the plant has to have been grown in my garden during the year in question and been the one that has made me the happiest.  Most usually it is specific to one individual plant, though this is my blog my rules so I suppose if I decided the lawn had been good enough to win (never. going. to. happen. ) (never say never) I would not focus on one blade of grass.

Anyhoo, let's get down to business with the runners up as this award is now fiercely contested. 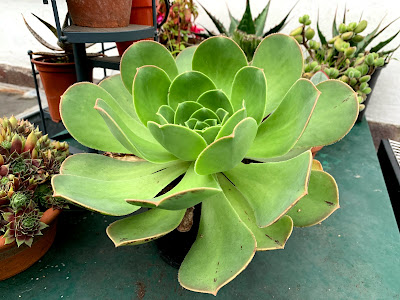 The first runner up is Aeonium hierrense.  Whilst this one is currently overwintering indoors it has been outside for the majority of the year.  I bought it on a whim after seeing someone talking about it on Twitter (I am so easily led astray).  It was quite small when it arrived but is now getting on for a diameter of around 30cm.  I love the form of it and the red tinge to the edge of the leaves.  I fuss over it, which is a good clue it would be in the running for this award. 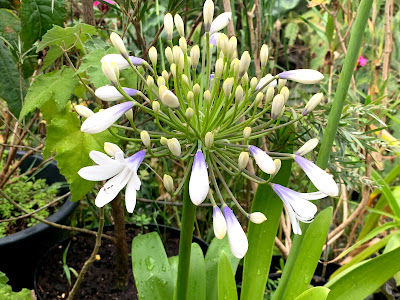 Agapanthus Queen Mum.  I have had this plant a few years now and this year it decided it was going to flower.  I have a poor track record with agapanthus.  People tell me they are easy, people say that they flower so well.  People have clearly not had the agapanthus I have had!  This year the Queen Mum flowered wonderfully and proved as always that a bit of patience in the garden is a good thing to practice.
The next runner up is..... 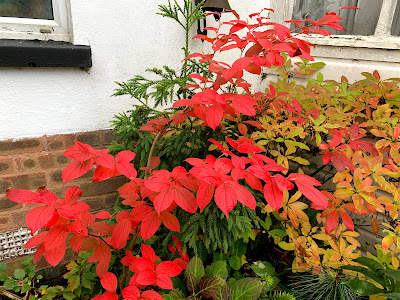 The Stewartia pseudocamellia which is growing in a pot in the Courtyard Garden.  This is a relatively new addition to the garden and it has been nervous as if it knows I have killed two or three over the years.  This one has got through at least one winter so has already proved its worth (or ability to live through my neglect).  This shrub has not yet reached the age where it will flower, but it does have the most incredible autumn colour.  This gives it a definite place in the plant of the year running. 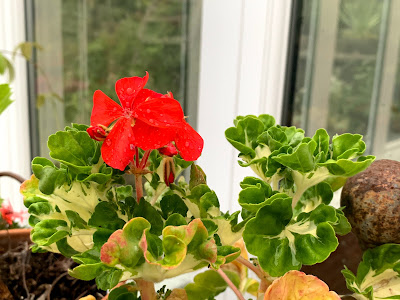 This pelagonium stole my heart when I was visiting Fibrex Nurseries earlier this year, in that window of time when things were opened what feels now as briefly.  It was not in flower when I bought it, but the cabbagy variegated leaves that I feel I should instinctively hate, somehow drew me in to love it. 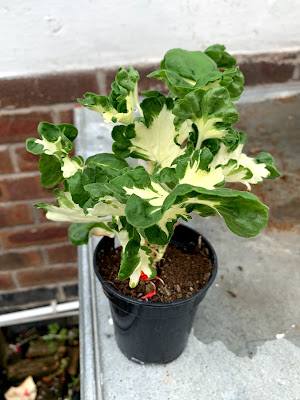 I bought it, it flowered, I loved it more.  It deserves to be a runner up and I will even go so far as to place it as third, the bronze medal, as it was a definite contender.  I am now hoping to keep it alive over winter - wish me luck! 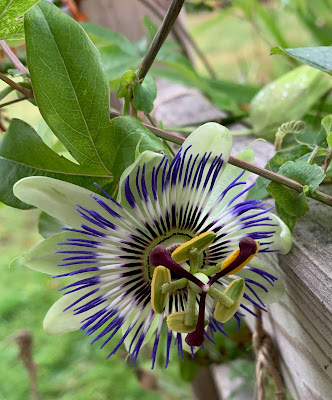 The passionflower I bought back in March, just before we all were locked-down, has had a special meaning for me all year.  It has settled in well and has flowered for months.  It has symbolised the lockdown for me and whilst part of me thinks that should make it win, it was not its time this year.
The plant that has placed second is... 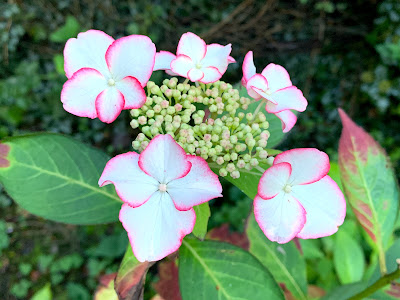 This rather wonderful hydrangea.  This hydrangea has flowered for weeks. 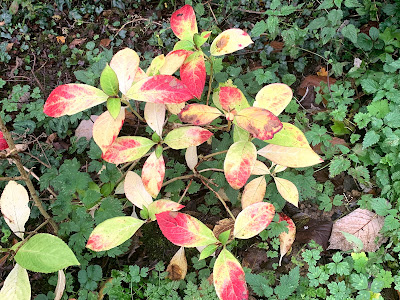 and then in Autumn it took on some wonderful colouring.  I planted this shrub last year and it has now bedded in well.  It is a difficult shady part of the garden where it lives and it has coped magnificently.  The label sadly has wandered off (I would blame squirrels but actually I think it was a fox this time).  So I am going to boldly suggest 'Macrophylla' and leave it at that.
Joint second runner up is..... 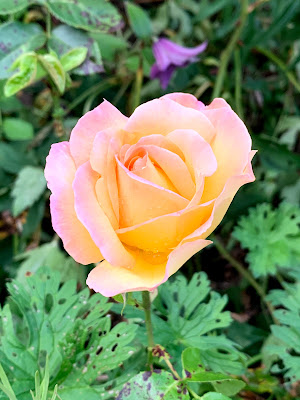 Rosa 'Peace'; I bought this rose this year as this was the first rose I learned the name of when I was a child.  We grew this in our garden where I spent a lot of my childhood and this year, above all other, it seemed like the right year that I needed to start growing it.  I know I will always remember this year when I planted it and as it develops and moves on, I am hoping that we do too.  It has flowered well for a new planting and I have high hopes for it in future years.  It nearly won, it very nearly won, but....
the winner is......  (drumroll.....) 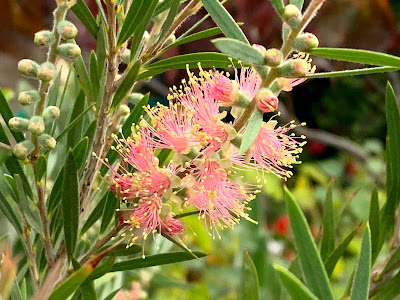 Callistemon Injune, another plant bought on the afternoon I spent at Fibrex Nurseries.  I had gone to Fibrex to buy pelagoniums (and I did, several very good ones).  It was also one of the first times I ventured out after the strictest lockdown was lifted.  I had not gone with the intention of buying shrubs.  The nursery has glasshouses with pelagoniums, ferns, ivies and more on one side, then on the other side is the perennial and shrubby selection.  We had made our pelagonium choices but just for completeness decided to peruse the perennial plants.  This shrub waggled flowers at me that were so covered in bees I just could not ignore it.  I knew that such a fine looking shrub would be very expensive so safely looked at the price tag content I would have to move along.  It was however very nicely priced and it then became rude to leave it behind. 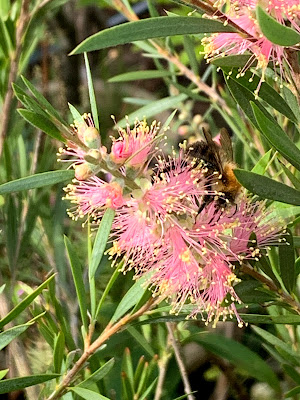 Bees love it, nearly as much as I do. 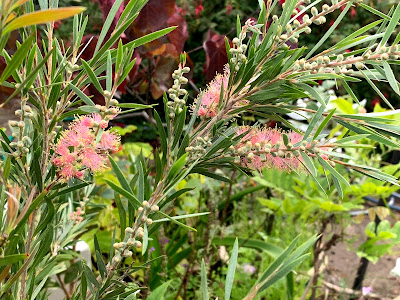 It moves well in the breeze and after a bit of deadheading it flowered all over again.  I have no qualms in making this my plant of year as it is the one I have smiled at most.  In a year where smiling has felt in short supply that is reason enough for it to win and be pronounced victrix ludorum.
Previous winners can be found here: https://www.blackberrygarden.co.uk/p/the-blackberry-garden-plant-of-year.html
Stay safe all - be kind.
Aeonium hierrense Agapanthus Queen Mother Blackberry Garden Plant of the Year Award callistemon injune hydrangea Passiflora caerulea Pelagonium Freak of Nature Plant of the Year Award