September 18, 2019
I spend a lot of time in Birmingham and it is a city I am very fond of.  As I drive down the A38 on the way into the city the Aston Villa Football Ground, Villa Park, is clearly visible and close by are the turrets of Aston Hall.  I drive past and think I should visit the Hall one day.  I keep driving past.  I drive past again and again and again.  Then the opportunity arose, I could drop in on the way home.  It was a visit whose time had come and I grabbed it. 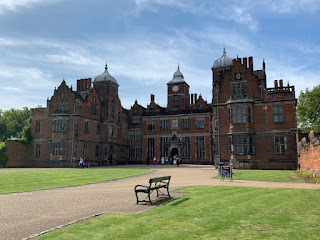 Aston Hall is owned by Birmingham City Council, you can go into the Hall itself for a fee and there is also a good programme of events including ghost walks and festive fairs.  The park that surrounds the Hall was originally much larger.  Villa Park is built on some of it as in the Aston Expressway, it is still rather large nonetheless. 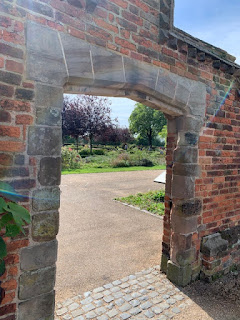 The Jacobean house was built between 1618 and 1635 for Sir Thomas Holte.  It was damaged during the Civil War by Parliamentary forces and stayed in the family until the early 19th century when it was bought by the son of James Watt and it was eventually bought by Birmingham Corporation in 1864. 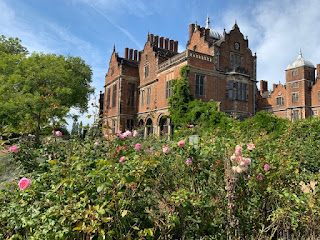 Whilst much of the grounds are parkland, there are also some areas of formal gardens such as the Lady Holte Garden. This garden is well laid out, with shaped trees, 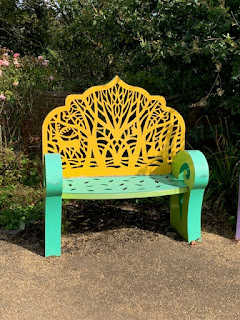 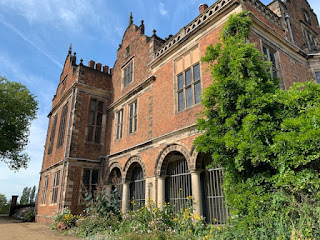 and it is overlooked by this side of the house with these arches that are now closed off by railings.  Just imagine how wonderful it must have been when there were no railings and you could sit in the cool of the arches and look out at the gardens below. 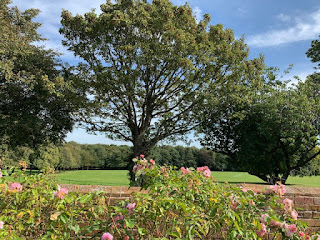 The views across the parkland with its mature trees make you think you are in the countryside and not very close to a major motorway and in a very urban landscape.  It was remarkably quiet too, I could hear children playing but the traffic noise was hardly noticeable. 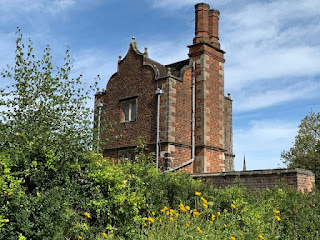 There are two matching gate houses. 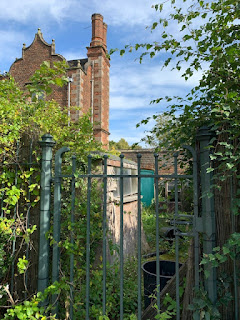 This one looks like it has been lived in until fairly recently.  I love the little greenhouse just tucked away at the back there. 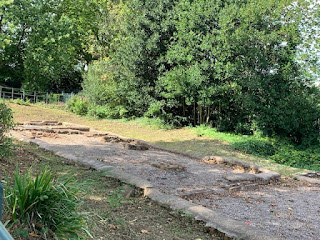 As I walked around the grounds I found this footprint of an old building, I wondered what it was. 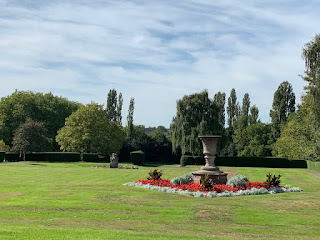 My walk continued to the back of the house where there is some formal planting a large lawned area. 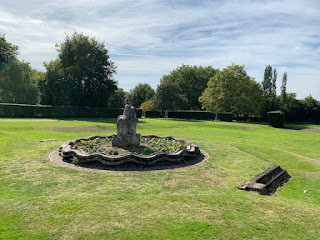 I was intrigued by this statue, 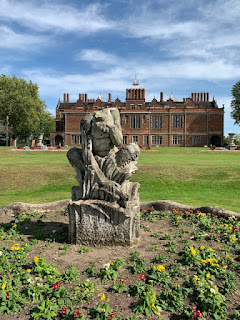 and then rather disturbed by it.  Apparently it is of Pan but his head is now missing. The lawns sweep down and are gently terraced.  I wondered what they must have looked like in their hey-day. 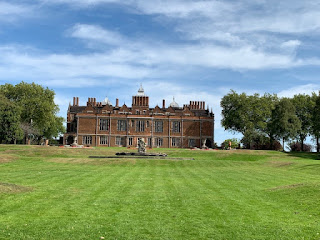 I turned and looked back at the house and thought how well it sat in its surroundings. 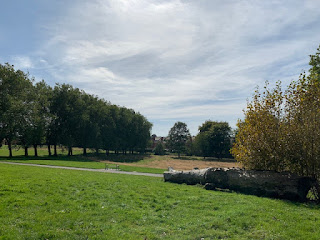 I also thought about how important this green space is.  It is vital that we maintain these large parks particularly within city environments.  How wonderful to have this park that is free to enter (the museum charges to visit but the park does not).  There were many families out enjoying the sunny day; children were playing and making happy noises.  It was delightful. 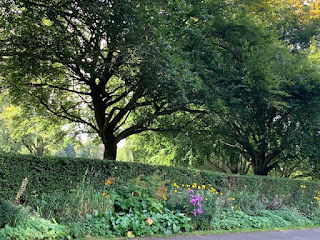 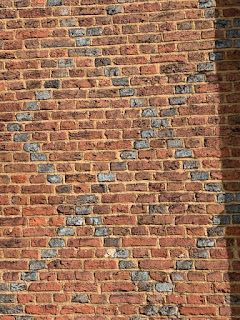 and the sun shone on the diamond brickwork of the house. 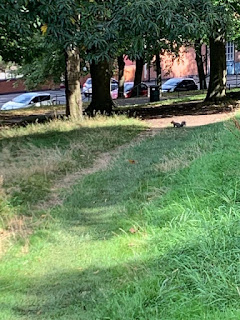 As I left a squirrel ran ahead along the path.  This is very apt as a squirrel sits atop of the Holte family crest. 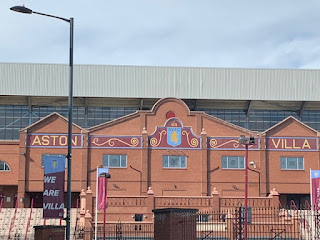 I had parked alongside Villa Park and thought how grand the ground looked next door its grand neighbour.  I enjoyed my afternoon wandering this green pause of calm.
Aston Hall Aston Hall Gardens Aston Villa