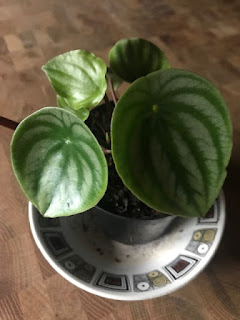 I have written recently about my plant obsession for peperomias.  I had a brief buying spree collecting a few choice plants. One of the plants high on that list was the Watermelon peperomia.  It has such luscious leaves with beautiful markings which are similar to the skin of a watermelon. 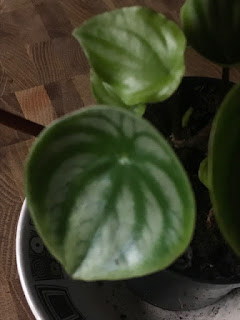 It took me a while to track a plant down.  I hunted here and there, roaming the internet a bit like a wolf loping through the forests.  I found plenty of places selling seeds, but I was struggled to find an actual plant; though I was eventually successful and it is a healthy lovely plant.

Whilst still mid-hunt a desperation began to set in so I started to look more closely at the seeds on offer.  There were (are) lots of different sellers and lots of different prices.  A lot of sellers were overseas but the costs quite low.  I looked at how easy they were to germinate and decided it was worth a go.  My confidence was not high so I went for a low price rather than waste my money, this was not my best idea.

The seeds duly arrived a couple of days later.  I opened the envelope and looked in expectantly.  I did not know what I was looking at, but I was pretty sure they were not peperomia seeds.  I knew that peperomia seeds are tiny and powdery looking.  These seeds looked more like, well........ more like........ melon seeds.

I sighed, laughed and kicked myself for my own stupidity at not buying from a recognised/credible seller and sowed the seeds anyway.  Why not I thought. 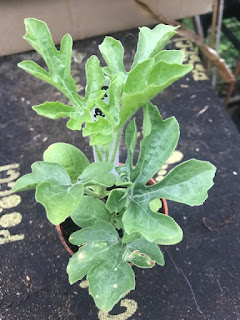 These plants are melon seedlings of some sort.  If they actually produce melons I will carve wise words into them - buyer beware.

Here would have endeth the lesson, but there is a postscript.

When my peperomia plants arrived earlier in the year, a leaf or two had come off in transit.  I had been looking up how to propagate plants and leaf cuttings were often mentioned as a good method.  I have had very poor success generally when trying leaf cuttings, but I had some healthy looking broken off leaves and I thought it was worth a go.  I popped them into a pot and kept them warm on the kitchen window sill.  I check the pot every now and again and not a lot was happening as far as I could see.  But.... 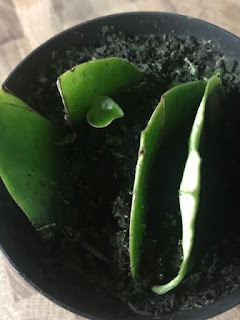 look look look look look! Signs of a little baby peperomia.  I have always regarded the first signs of seeds germinating as proof of magic existing; if a cutting roots in a pot or in water that is also the sign of the super natural, but a leaf cutting actually working is just the most exciting moment of all.
Peperomia argyreia watermelon peperomia