A tussle of the roses

It is now three years since I wrote about Rosa Mundi, a stripy rose that I liked despite how I thought I felt about stripy roses.  Several people on seeing that post suggested I tried a rose called Ferdinand Pichard.  I am an obedient soul so I duly bought a Ferdinand to see what I thought. 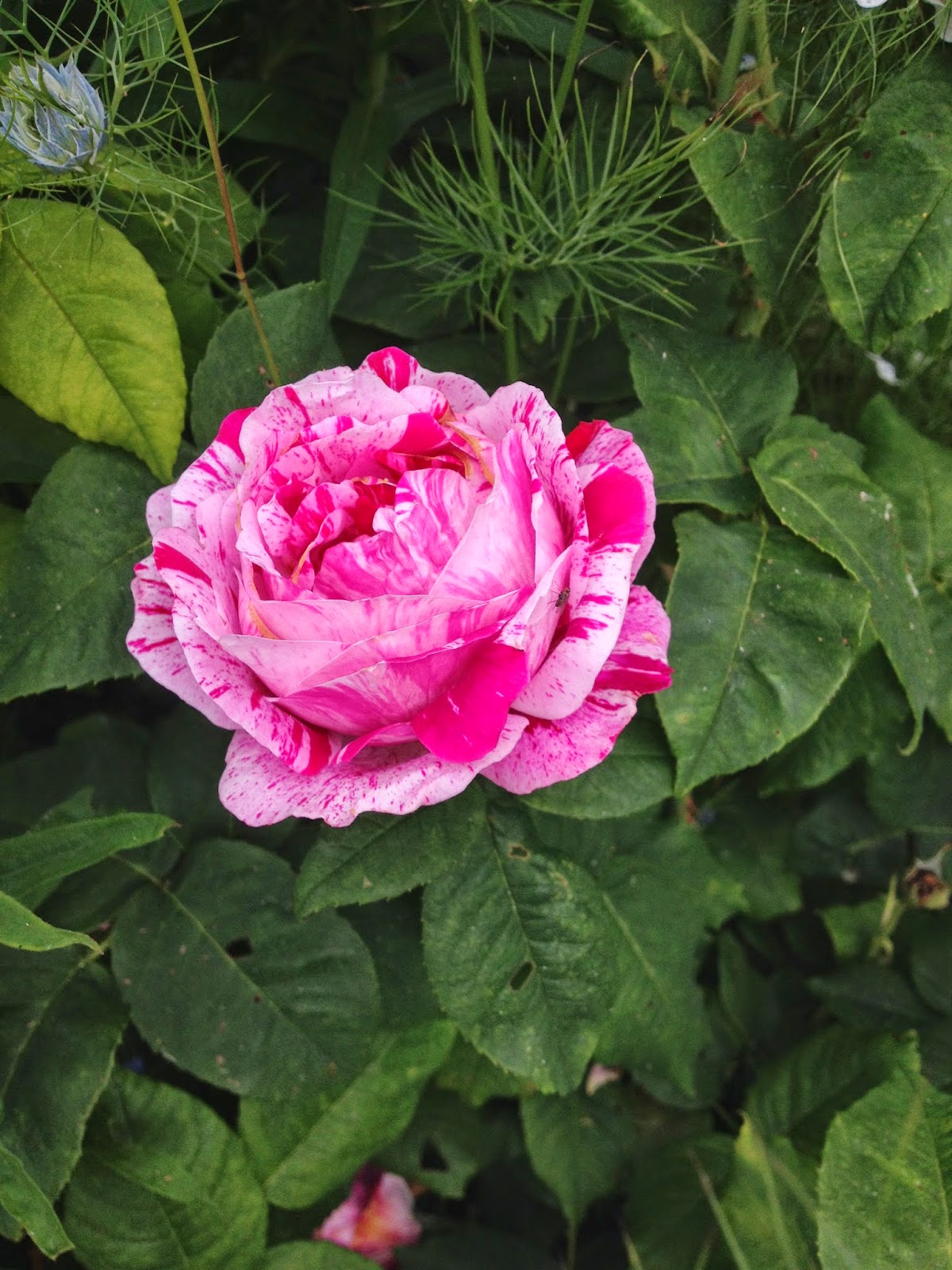 I was not really seeking to compare the two roses, I just thought I would have two nice stripy ones in the garden.  In year one Ferdinand though was a bit lazy.  He did not produce many flowers and I was, quite frankly, disappointed.  I thought to myself it was his first year in the garden so I should be kind and let him settle in.

Well, we are now in year three and he is not much better.  He does produce roses and they are stripy but I am a bit underwhelmed. 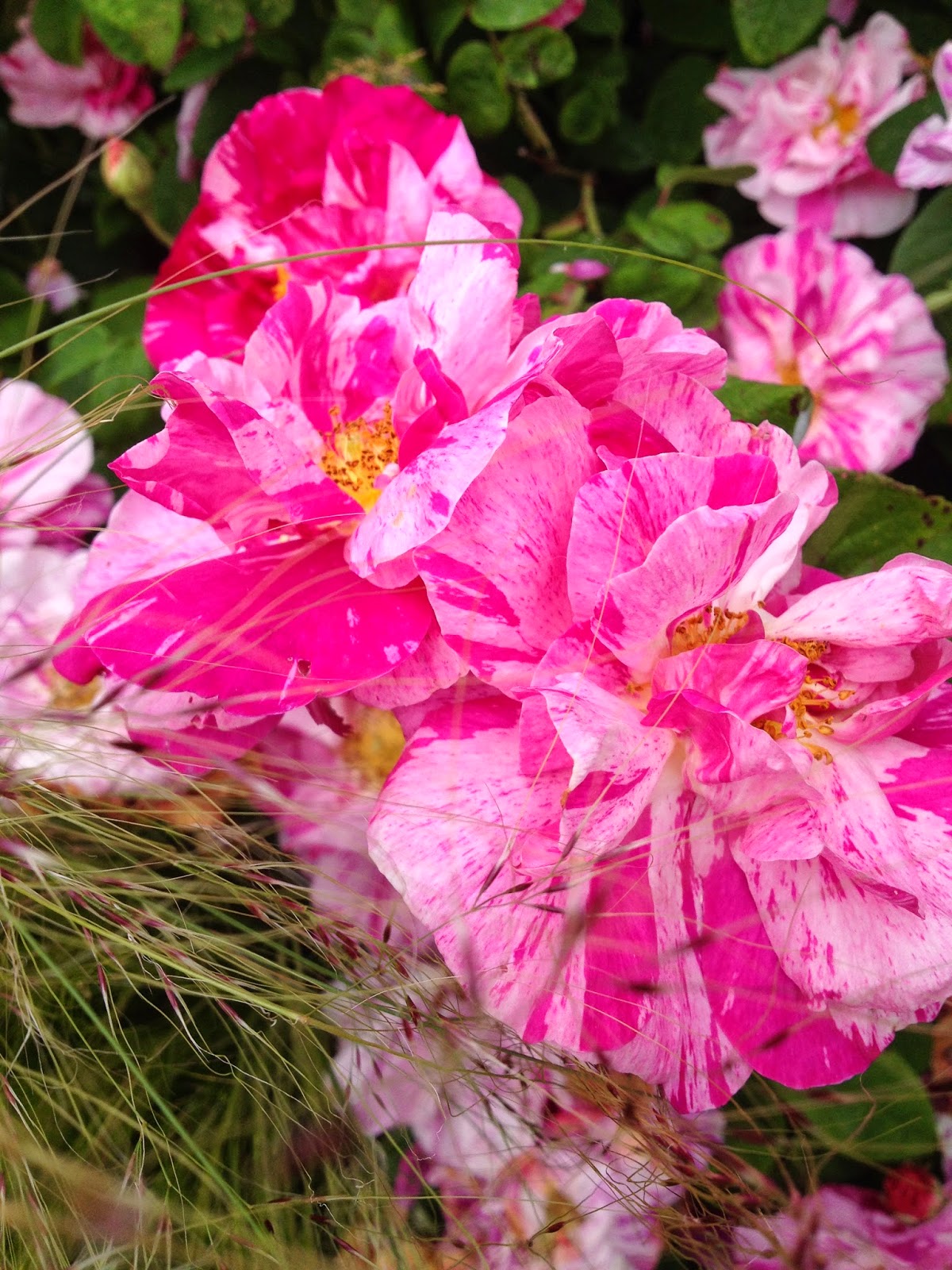 Ferdinand is not a patch on Rosa Mundi, there, I've said it, I've admitted the truth.  Rosa Mundi flowers more, flowers longer and just has a nicer shape bloom. 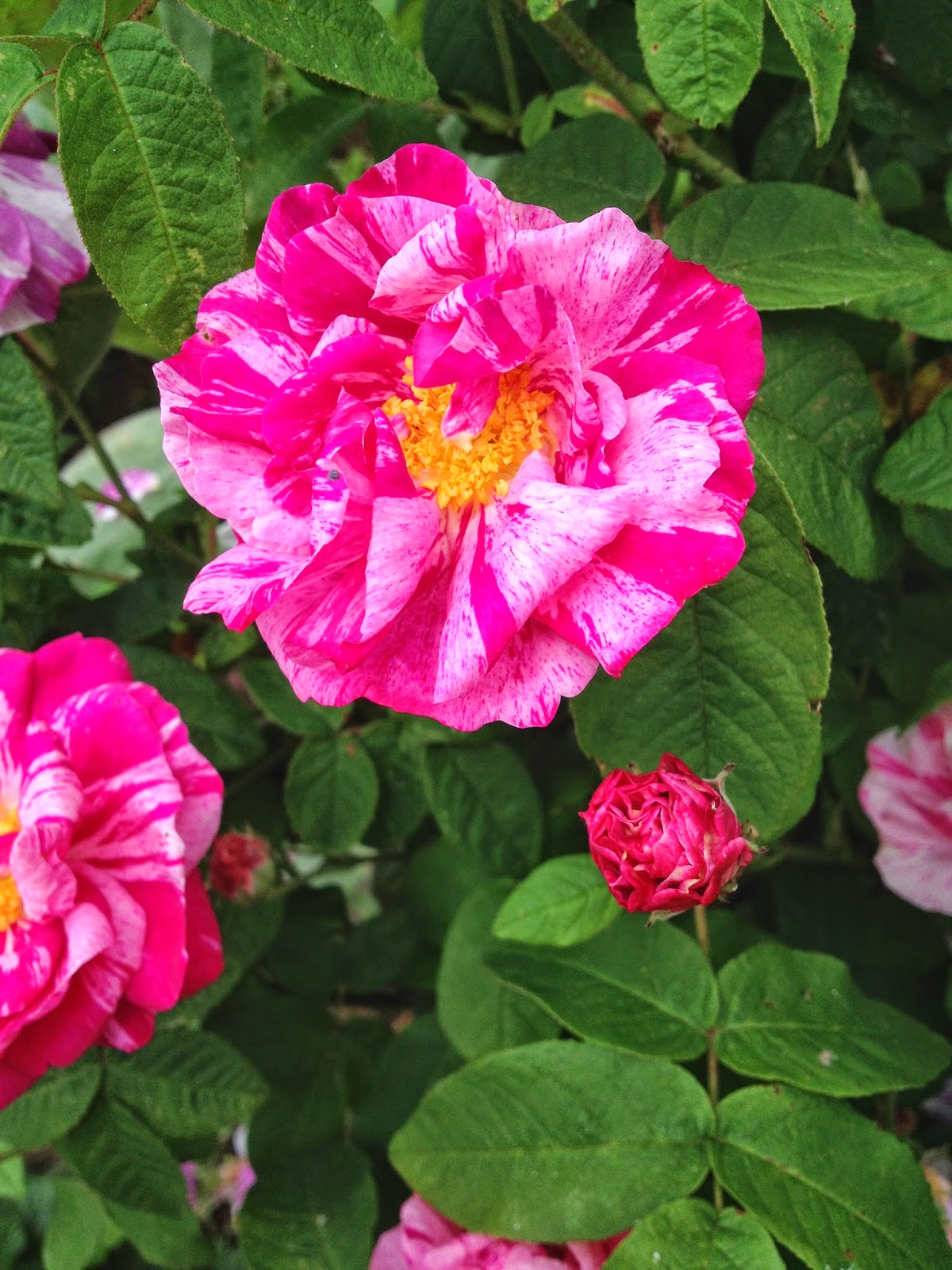 Of course this is hugely subjective as what I think is a nicer shaped bloom is another person's unpleasant one, but of course this does not matter a jot to me as it is my garden I am concerned with and what I have growing in it. 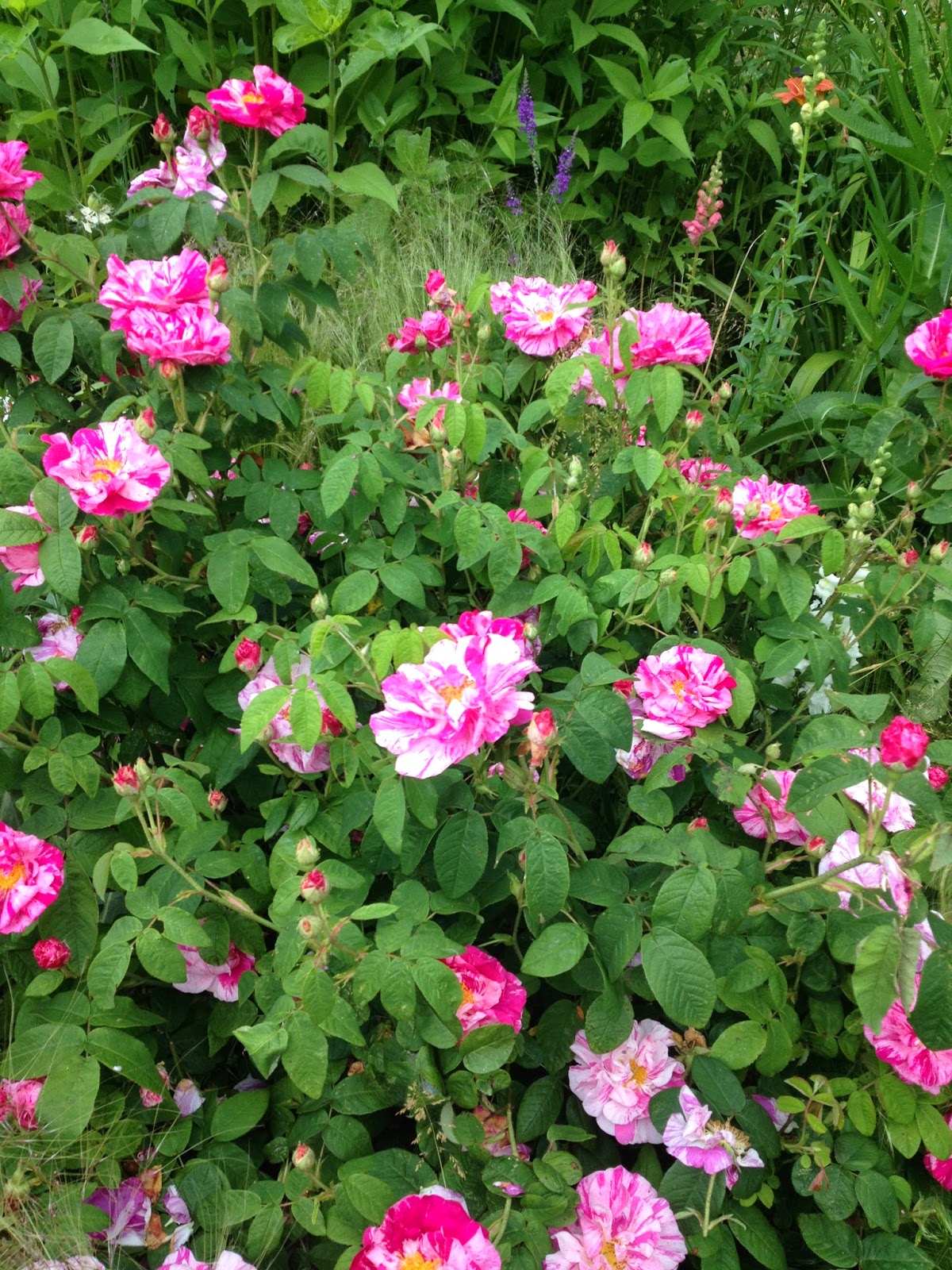 Does this mean I am going to dig Ferdinand up?  Well not in the near future that is for sure, it is not that dislikable.  I do wish he would pull his socks up though!
Rosa Ferdinand Pichard Rosa Mundi