July 11, 2013
It was a rare, but rather pleasant, heatwave this weekend.  These days are fairly rare, rare enough that any feeling of being a bit too warm is tempered by the knowledge that it won't last long.  It also means a bit of a forced break from heavy, energetic garden chores; it feels foolish (or should I say sweaty) to try anything that requires too much effort.  So a trip to a plant fair seemed a good way of spending the morning, especially if I could get back before the real heat of the day kicked in. 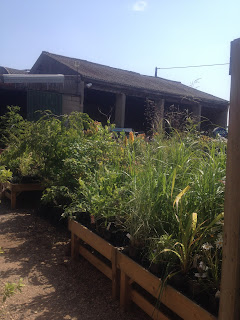 So off to Swines Meadow Nursery I went, yes I have been a few times and whilst it is about 40 miles from where I live I do find the journey worthwhile.  Colin and Karan are friends so I declare that up front, I am biased in writing this post. 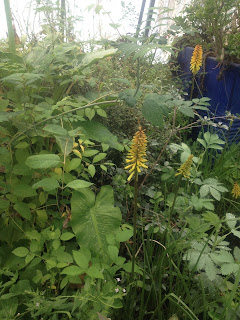 Anyway, the plant fair, I went with a strict budget.  I have been very careful about having a budget this year and I have been fairly selective about which fairs I have visited this year.  The visit did of course involve purchases, here is what I bought: 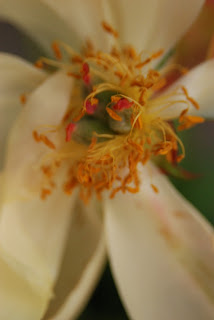 Peaonia Coral Charm, this was on my list of plants I wanted to acquire.  I saw it at Chelsea and fell in love with it.  I had no intention of buying it just yet though, I was going to get it in the Autumn or Spring when it was dormant to plant up for next year.  However there it was, waving at me from the stall, saying look at me I'm £4 cheaper than you've seen me anywhere else and I am in stock now.  Well, it seemed churlish to walk away.  Purchase no: 1 was completed. 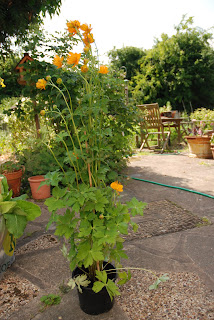 Onwards I went, only to see Trollius chinensis Golden Queen waving enthusiastically at me from various stalls.  It is such a fantastic colour, I love the clear orange of it and I knew it would go very well into the currently being developed bog garden.  I thought it would go very well with the Trollius chinensis Cheddar I picked up the other week.  Yes an orangey one and a creamy/yellowy one, trust me on this when they are flowering together and their blooms are twisting into each other it will look fandabbydozy.  (hopefully). 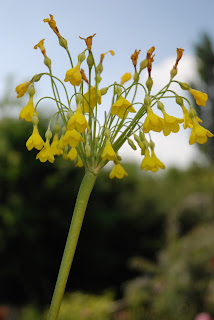 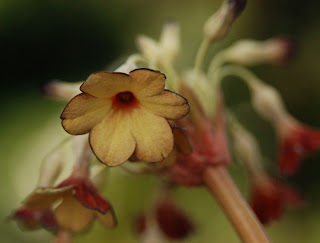 On the same stall were some Primula waltonii hvbs, a rather wonderful yellow and a fantastic burned umber of a colour.  Well, before you could say John-boy and Mary-Ellen they had somehow jumped into bags and demanded to be bought.  So I did. 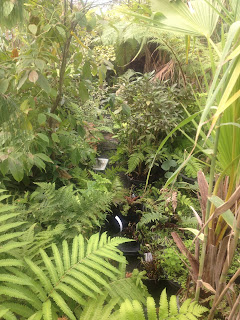 So, stage one of plant fair was completed.  It was by now getting hotter and hotter but I knew I would not be leaving for a while yet.  So rather than put the plants to cook in the car I found a quiet spot in the nursery to leave them in the shade.  They were clearly in bags and I knew they would not go walkies without me.

There was important stuff to be done, I had to buy a bacon cob and drink tea.  I had to chat with Colin and some twitter friends.  I had to wander around the greenhouse of wonderful things and I had to inspect the nursery for possible purchases.  On top of all this I had to remember the very strict budget.

The greenhouse of wonderful things showed me some wonderful things, but I left unscathed.  I wandered around the garden of magic plants that grow outside all year long despite being in fenland and that, dear reader, was my undoing.  For there I spotted a plant, I spotted a plant I liked the look of.  So back in to the nursery I went and there I found it to buy - Geranium palmatum had to be mine. 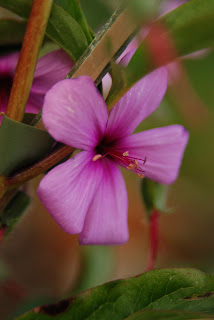 So, that was my day of buying and I had stuck really well to my budget.  I can stand in front of you and say that my £20 was definitely adhered to as I spent £25. 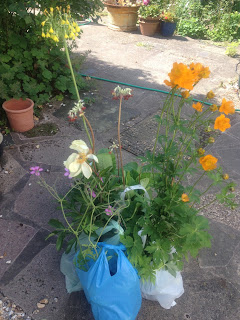 Shhh, in my head it sounded closer than in looks in reality.