Going away somewhere for a few days feels even more of a treat than in previous years at the moment.  It is many years since I last visited the North Yorkshire Coast so a week in and around Robin Hoods Bay was long overdue.  As ever I looked for a garden I had not previously visited and I found the perfect garden.  A secret garden. 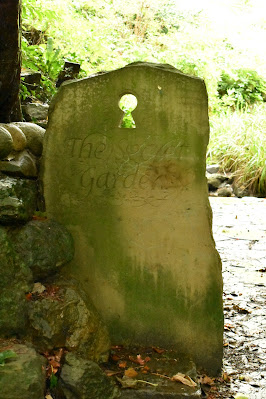 The Secret Garden is part of Dean Road and Manor Road Cemetery in Scarborough.  We decided to call in to see the garden first and then make our way into the town.  We found the Manor Road entry into the cemetery easily and made our way in.  The path to the Secret Garden, a garden so secret it is not shown on the map signboard in the cemetery, was easy enough to find and we soon knew we had found it because of the large stone at the entrance. 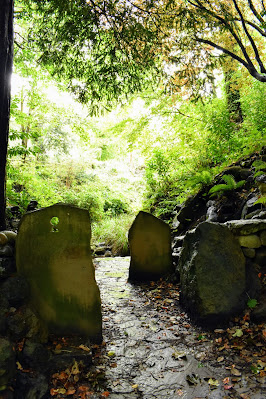 This wonderful cemetery was opended in 1872 and its Victorian beginnings are writ large upon it.  The cemetary itself is large and paths wind up and down and through it.  If you know around this part of the country you will know it is very hilly with lots of steep sided valleys.  This part of the cemetery has no graves as it is just a small area cut into one side of the terracing. 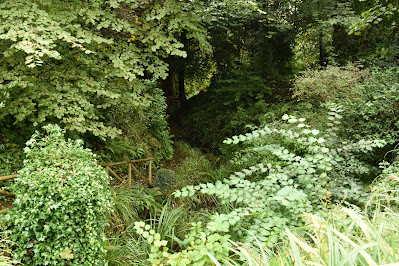 The garden itself is a wooded and fern filled area with a pond.  They used large rocks brought up from the shore to make the terracing.   The garden was known as a beauty spot in its heyday and a popular area of the cemetery but it became neglected and very overgrown by the 1980s.  In recent years a group of 'friends of the Secret Garden' has obtained lottery funding to restore the gardens and there has been much clearing.  The website says that originally the garden had a large stone gate, but this has sadly disappeared over time. 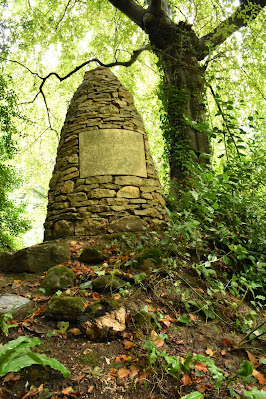 The garden is quite small so we then decided to go exploring through the cemetery.  There is this memorial to the 17 people killed on 16th December 1914 when the German navy bombarded the undefended town of Scarborough.  They damaged the castle and many local buildings raining down 500 shells on the town.  The German navy then moved further up the coast to shell Whitby and Hartlepool.  In Hartlepool over 1150 shells hit the town and 114 people died.  At time it was feared it was the start of an invasion. 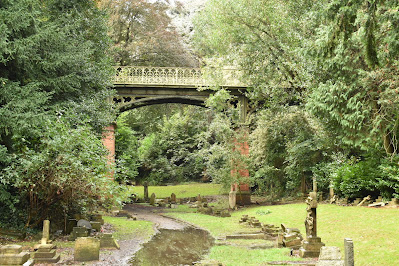 The cemetery is a beautiful peaceful place, with many huge mature trees. 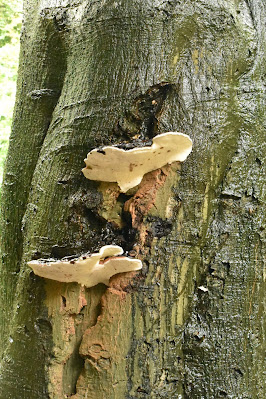 This one had some interesting looking fungii growing from it. and in that strange co-incidence sort of way that things happen, we noticed this grave of James Paul Moody, who was the youngest officer aboard the RMS Titanic and sadly lost his life along with so many others on the fateful maiden voyage.  The day before it had been quite rainy and we had spent a couple of hours in the afternoon watching 'A Night to Remember', the 1958 film about the tragedy. 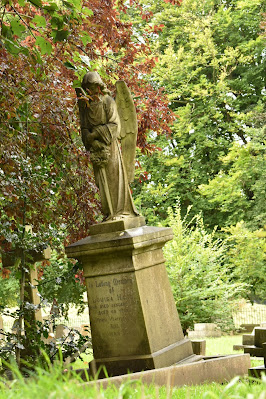 Not all the memorials and gravestones are as upright as they once were, but many are ornately carved and all have a story to tell of a family's loss. 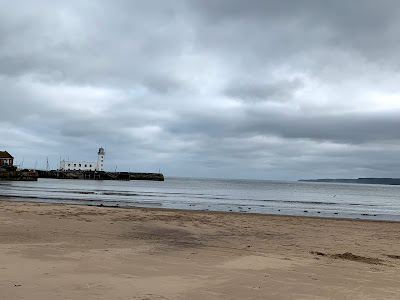 We then made our way into the town and sat by the sea for a bit just thinking.  It was a not a sombre visit, but it was one that makes you appreciate all the things that happen to a town and its people.
Stay safe all and be kind.
For more from the Blackberry Garden follow me on Twitter and Facebook
North Yorkshire Coast. cemetery Scarborough Secret Garden Victorian cemetery