The Veg Diaries - as summer ends

Suddenly summer feels like it has hung up its boots and decided to and have a lie down for a while, I imagine it will be several months before we see it again.  So this is how has the veg growing has been over the last few weeks. 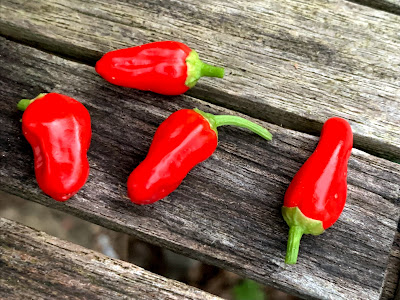 The chillies have been good this year.  I pick them as they ripen as this encourages the rest of them to ripen.  I immediately freeze the chillies, I just pop them into a resealable freezer bag and keep topping them up.  I wash them and cut them up whilst still frozen when I want to cook with them.  I have no idea if this is 'right', but it works for me. 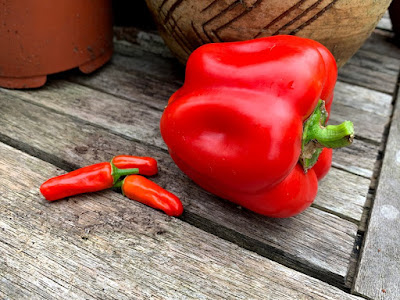 The peppers have not been quite so many, but each one is prized, I still think that being able to grow peppers is some sort of magic. 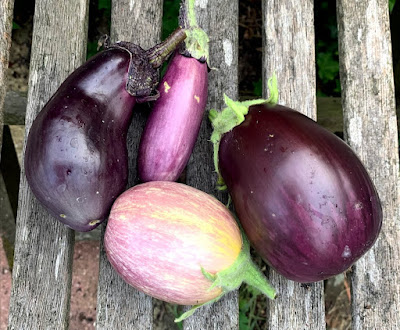 The aubergines have been excellent this year, I have picked several and there are still some getting ripe.  This little lot ended up as aubergine curry. 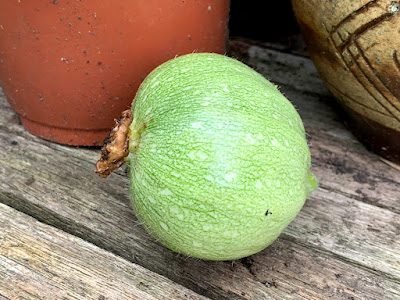 These round courgettes have not been prolific, but have been tasty.  This one went into the aubergine curry too.  Like most courgettes they are better picked when small. 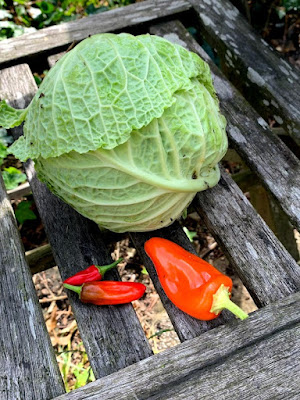 Whilst my brassica growing has not been particularly good this year, there has been some successful cabbage growing.  The slugs managed to eat most of what I tried to grow and the caterpillars finished off anything left over, but such is life. 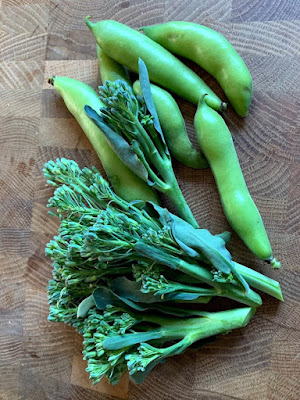 There were some broad beans a few weeks ago and the broccoli was also good.  I haven't grown broad beans for a few years so they made a nice treat this year.  Similar to the courgettes, picking when smaller is always preferable. 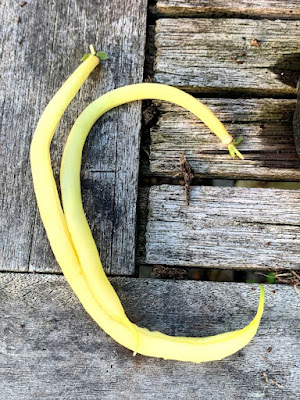 and the pale yellow Monte Gusto french beans have been good as ever.  They are my favourite french bean to grow, after a couple of years of growing them they have established themselves in this position.  They are easy to grow, not too prolific to make a glut but also not too sparse to make you wonder why you bothered.  They also taste good, which of course is the most important thing. 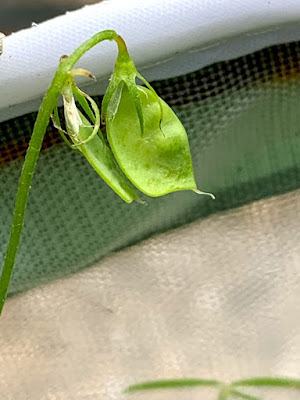 and what of the lentils I hear you ask?  (speak up at the back there...) well after having their pretty little flowers (see June's Veg Diary) they duly podded..... 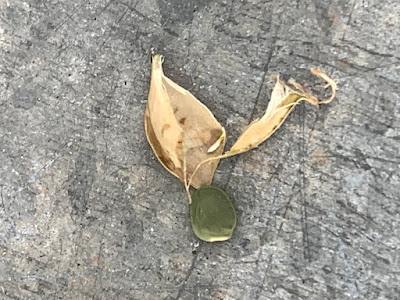 and ta da!  I grew a lentil!!!!   I grew a few lentils, but with two flowers per plant max and one lentil per pod this is not a crop to grow on a small scale.  I probably had a teaspoon full but it was a very exciting teaspoon full.  This has made me think about how they are grown and harvested commercially.  Apparently there are large expensive machines that do this which is no huge surprise. 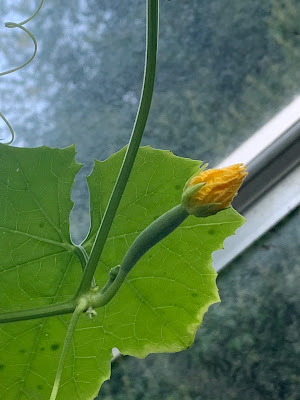 last but not least is the luffa, which is forming some fruits but I think it is too late in the season for them to become fully luffed.  This is a shame and means I will have to try again next year.  My first sowing failed and this is the second sowing.  I think they do need a long growing season so I need to be more successful with early sowing.  They are also hungry and thirsty plants and whilst I have tried to keep on top of the watering maybe I could have done better.
So all in all it has been a good year so far.  The autumn planting needs planning (probably a bit late for this to be honest but hey).
Stay safe all and be kind.
For more from the Blackberry Garden follow me on Twitter and Facebook
broccoli Cabbage Duncan cabbage growing Climbing bean Monte Gusto grow your own grow your own food growing lentils lentils veg diaries veg garden veg growing