Regular readers will know that the Garden Museum Literary Festival is one of my favourite events in the year.  I try my hardest not to miss it and I think I have only missed one that I just could not get to. Of course last year it was postponed and I admit to thinking we would be lucky for it to happen this year.  Yet it happened, it is a largely outdoor event anyway and the organisers made certain it was all nicely Covid-safe. 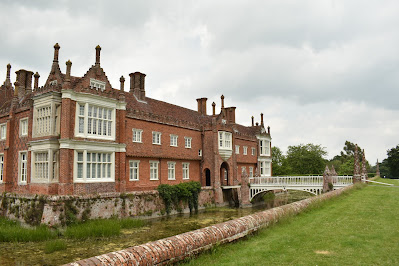 The festival itself was as good as ever.  I listened to some really interesting talks and already I am hoping it happens again next year.  I had not visited Helmingham Hall previously and joy number one was discovering that it is moated with a working drawbridge.  This was very exiting. 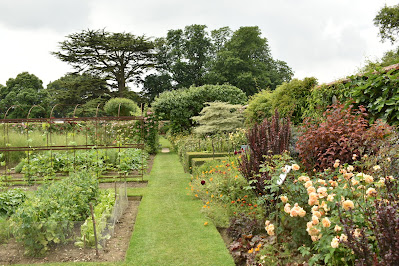 The Tollmarche Family have owned Helmingham Hall since before it was built in 1510 as they pulled down its predecessor and had the present hall built in its place.  It is currently owned by the 5th Baron Tollmarche, John and his wife Lady Alexandera Tollmarche, or Xa Tollmarche as she is known as, who is an award winning garden designer.  It is little wonder then that the gardens at Helmingham are so magnificent. 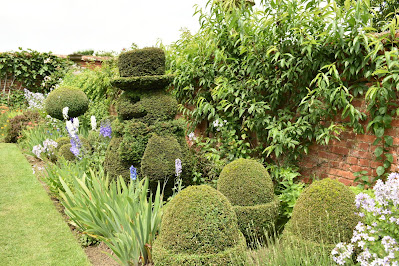 It is a hard to know where to start garden as it has something wonderful at every turn. 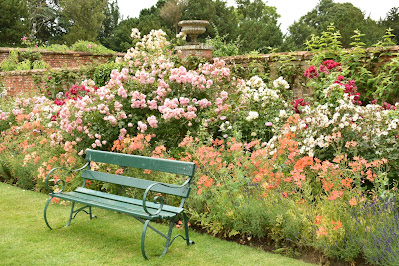 It was a warm couple of days when the literary festival was taking place and very humid.  The scent from the roses filled the air. 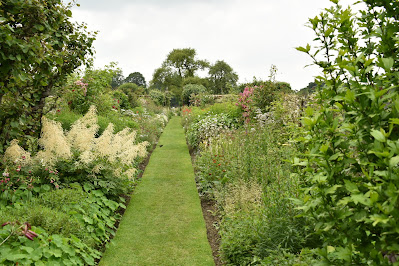 The Walled Garden is huge and set out in different areas. 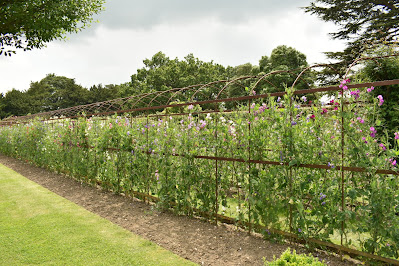 This sweetpea walk just had to be walked along. 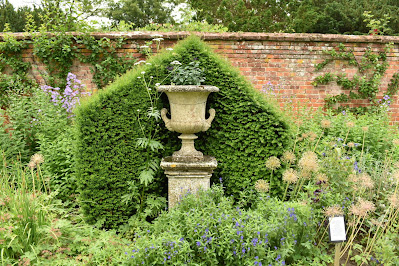 There are focal points, 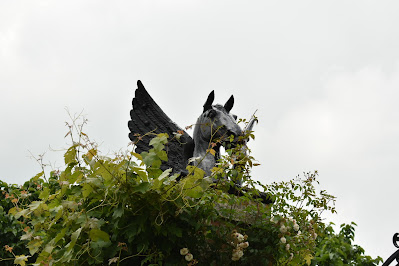 and a winged horse or two. 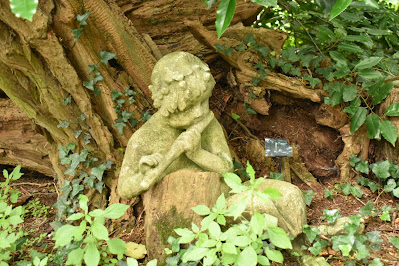 around the walled garden there are peaceful walks, 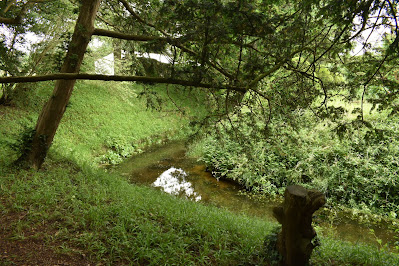 that lead you along the moat, 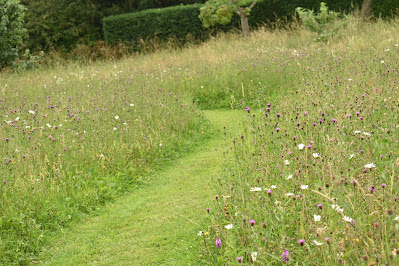 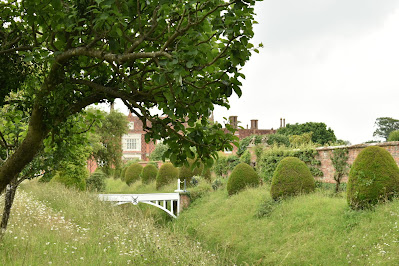 There are crossing points across the moat, 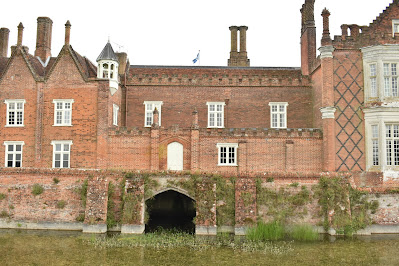 and you can admire the architecture of the house and think about how some bits look like amendments and wonder whether there is a troll living under the bridge into the house (there must be surely?) 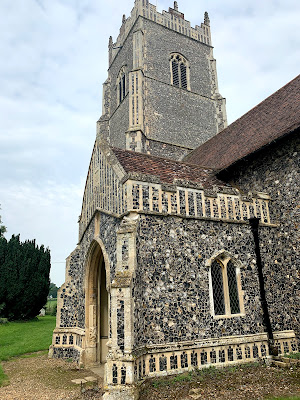 A walk across the fields away from the house takes you to St Mary's church which has parts dating back to the 13th century.  It is a fascinating church and definitely worth a visit. 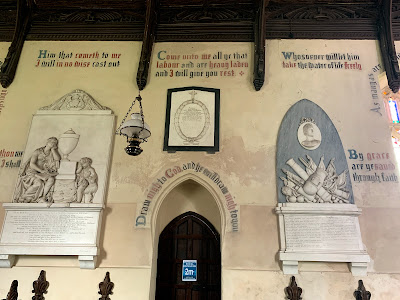 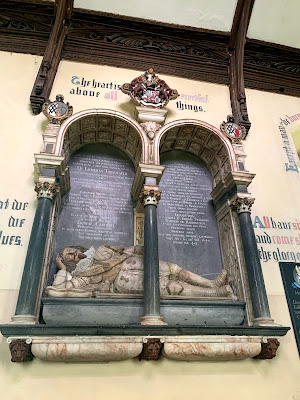 It is not a large church but it is full of memorials, 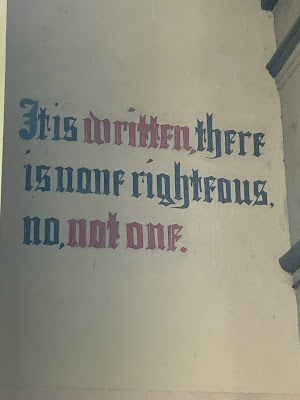 and the walls are covered in clear statements of what is expected from you. I found it incredibly interesting and not like any church I had been in before (admittedly that is not a long list....). 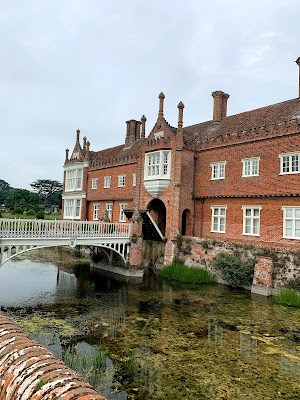 Apparently they raise the drawbridge every evening at the Hall, a good way of signalling it is time to go home.
There is, of course, much more to see.  It was a peaceful, joyous couple of days in a not generally joyous year.  I think I valued the time even more than ever because of this.
Stay safe all and be kind.
For more from the Blackberry Garden follow me on Twitter and Facebook
Garden Literary Festival Garden Museum Helmingham Hall literary festival