'Would you like to review one of our beautiful ladders?' the email from Hendon Tripod Ladders said.  Well, ok, it did not say beautiful but that is the word that I inserted as it was clearly missing.  'Yes please' I said with no hesitation.  I have not paid for this ladder and I have not been paid to write this review.  My words and opinions are my own. 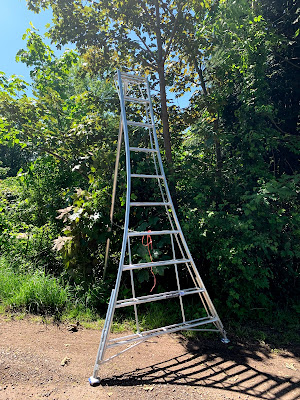 The ladder arrived in super-quick time.  So quick that when the delivery man said to me 'what am I delivering to you' I at first looked at him blankly as it could not possibly be the ladder yet, as I could think of nothing else I said 'maybe a ladder?' and indeed it was.
The ladder is what I would call, a big one.  I chose to try the 10 foot ladder.  It has adjustable legs that can be adjusted independently, so it is good for uneven ground.  The single leg adjusts in 150mm stages and the other legs by 50mm stages using spring loaded pins for safety.  I had a project in mind that needed a big ladder so when the recent rains finally paused enough I knew the time was now. 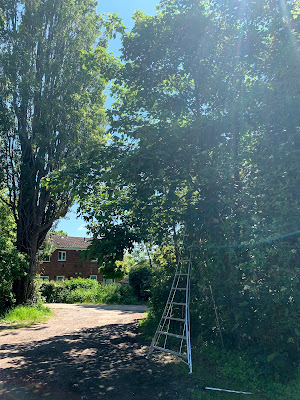 You know how trees suddenly grow?  The trees at the bottom of the drive had suddenly stretched themselves out more than I had noticed.  It is not a massive problem at this moment in time; but if they kept on growing that way then it could be.  I decided to deal with them whilst it was still possible for me to do so.  The ladder was fetched and put into position.  The ladder is made of welded aluminium extrusions.  I have no idea what this means (ok I know what aluminium is and I know what extrusion means so I can sort of work it out, but it is not an area I would wander into confidently); but I do know it means that it is not heavy yet solidly made and I was able to move it around quite easily.  The ladder also comes with some rubber boots if you need it not to damage your lawn, but I did not need them for this job. 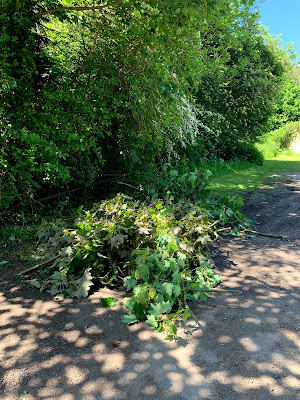 I used my telescopic loppers as the branches were not too thick.  It did not take long for a pile to branches to fall to the ground. 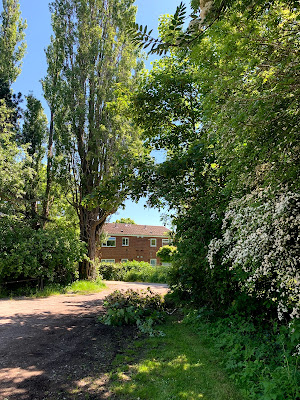 I moved the ladder and took some steps back to think whether I had removed enough.  I decided I still needed to remove the one that was remained reaching across. 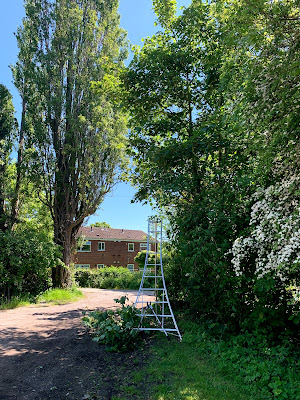 As the ladder is quite light it was no hardship to put it back into position and remove the last couple of branches.
The ladder is very stable and I felt totally safe whilst using it.  I am not the most confident of ladder users as heights do not make me happy, but I was happy moving up and down the ladder and also when carrying out the branch removing task.
These are not cheap ladders, the 10 foot ladder retails at £455 at the time of writing, but you know what?  When it is my safety that is on the line then I do not want cheap, I want safe.
I can very happily recommend this ladder.  You can buy them direct from Hendon online or they have stockists you can find from their website.
Stay safe and be kind.
For more from the Blackberry Garden follow me on Twitter and Facebook
Hendon Tripod Ladder product review tripod ladder