We have had a couple of weeks of nightly frosts.  Frost in April is not unusual here, but having such a prolonged period of frost is.  It means I have held off sowing until I could see the nights were getting warmer. 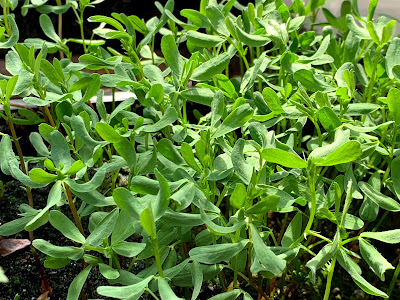 The lentils I sowed in March however are doing well.  I sowed some in the greenhouse which I have kept fleeced..... 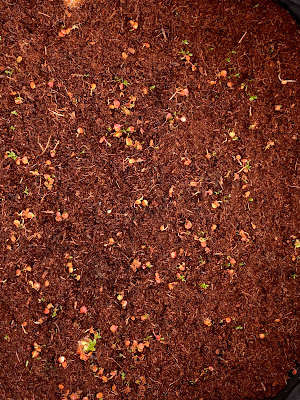 and some into the Vegebag along with some broad beans.  Both are sprouting and seem fine but you can see which have benefitted from the relative warmth in the unheated greenhouse and the ones left to fend for themselves outside. 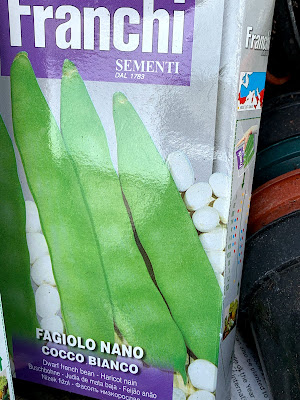 I have started off some haricot beans in the greenhouse, 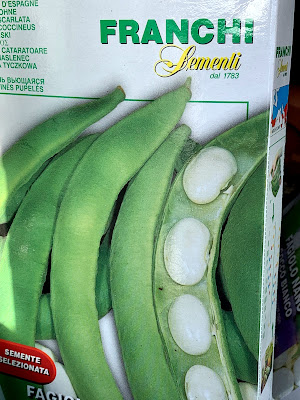 and some butter beans.  I bought these at the same time I bought the lentil seeds and all are rather a new venture for me.  Wish me luck! 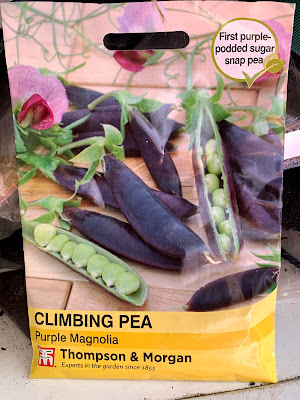 I also started off some of these peas in the greenhouse, they will get planted out once they have sprouted but I am trying to protect them from the mice at the moment.  I thought they would look very pretty as they grow and of course, I am hoping they taste amazing too.  I do think that planting peas is a bit of a luxury as they crop for such a short period of time, but the taste makes it worth it. 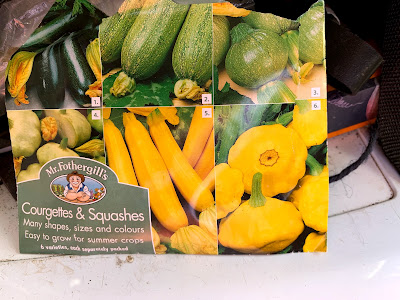 I also sowed some of the Golden Zucchni and the round courgettes from this mix pack.  I will sow the other varieties too, but I am not rushing at the moment. 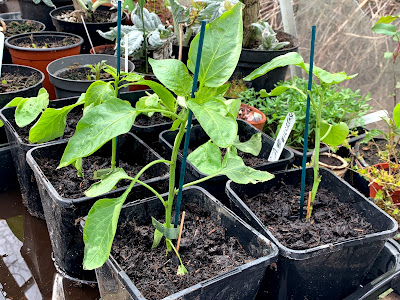 and my Aubergine 'Angela' and Pepper Felipe , who are part of the trial plants I bought at a reduced price from Thompson and Morgan, arrived too.  So whilst I am anxious about the cold it does now feel like all systems go.  I have planted these in Dalesfoot peatfree Tomato Compost.  I have used this previously and find it works very well. 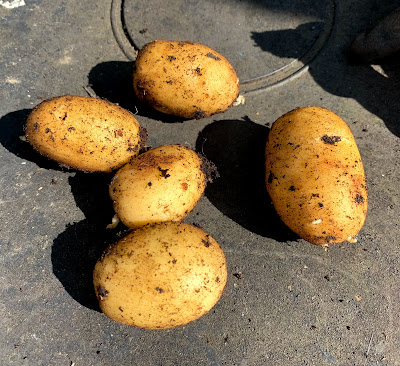 What was really exciting was that when emptying out the potatoe bags to plant this year's crop I found just a handful of Nicola still ok to eat.  What a wonderful suprise.  This year I have planted Rocket and Charlotte potatoes.  I am using Dalesfoot Peatfree vegetable compost for these.
Exciting times ahead in the veg garden then!  Of course as soon as the cold rescinds the slugs will leap into action.  such is gardening.
Stay safe all and be kind.
For more from the Blackberry Garden follow me on Twitter and Facebook
Charlotte potatoes Container vegetable garden Dalesfoot Compost Franchi seeds Mr Fothergills Peat free compost Rocket potatoes Thompson and Morgan Vegebag