A wander through bluebells

April 28, 2021
I like a good quest.  A good quest is always fun.  I have a friend who is currently wandering through lots of woods looking for helleborus viridis.  He is using guides to local flora that chart where it has been found in the past and then going to see if they are still there. 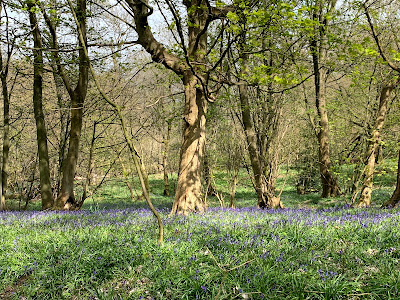 You might think this does not sound the most exciting of quests, there is no El Dorado at the end of it, but a search is what you make of it and a picnic lunch and a good catch up seems a pretty good day out to me. 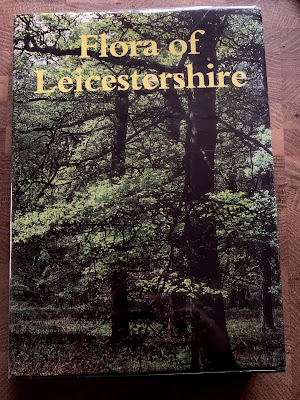 The quest has led to me buying a book of Leicestershire flora.  Not just to look up the elusive hellebore, it set me wondering about other plants we could look out for. 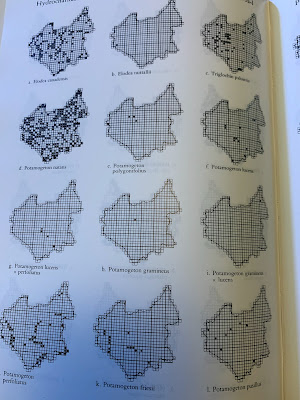 The book duly arrived and I looked at it a bit stumped wondering how it works.  I soon worked it out though in the main it is aimed at an audience with more horticultural knowledge than I. Excitingly it has lots of maps of Australia in it.....   The book is over thirty years old so it does involve looking for plants that are in it by judging against old records but that, as they say, is the point.  Just think how sad it is that plants are disappearing from where they used to grow naturally. 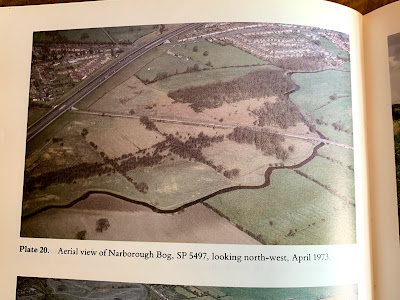 I looked up my local area and found there is nothing growing of any note which felt rather sad.  But I did enjoy this photograph of 'Narborough Bog' which I had not heard of previously.  It is not far away at all so I will have to go and visit. 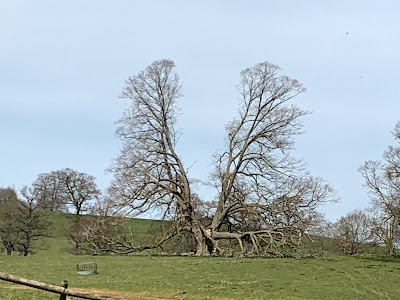 Anyhoo, back to the walk on this specific quest. We had decided to try near to Fawsley, just the other side of Daventry. 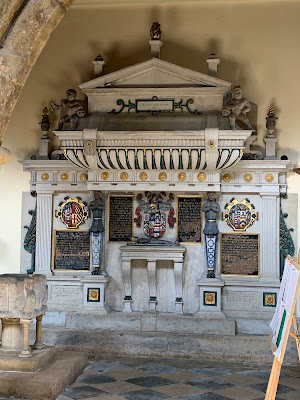 In the grounds of Fawsley Hall is the 13th century church of St Mary the Virgin, possibly the smallest church with the biggest monuments you could hope to find.  Someone stole the copper from the roof in 2015 so if you do visit this church please put some money in the collection box, they need it.  The church is surrounded by a ha ha, which was needed as there are many sheep around it, but we did wonder why the Hall hasn't got a ha-ha around it.  The Hall, which is now a hotel has been around for much the same amount of time as the church in one form or another.  The family that occupied it for over 500 years stopped living there in the early 20th century. 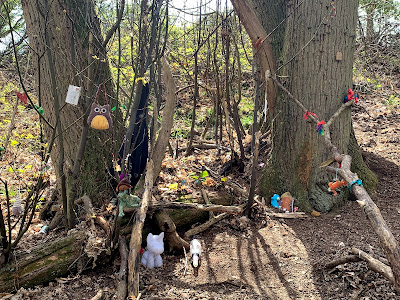 We wandered off into the woods to continue our quest and we found the Fairy Meeting Place where apparently the fairies had been quaffing alcohol....  We did  not find any hellebores though.  After a pleasant wander we decided to try a small copse about half a mile away. 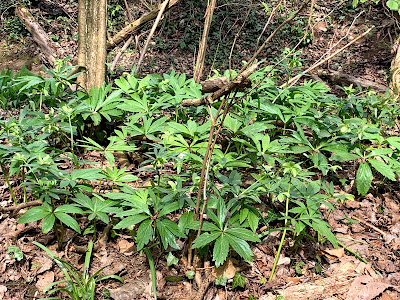 and ta-da!  there they were!   I had not fallen in a stream whilst trying to find them so all was good.
But then that thing happens when you finish your quest, you stand there, admire the hellebores.  Photograph them a bit and look at how many new seedlings are emerging ...
.... and then shrug and go home.  We remarked that King Arthur was lucky is so many ways as he kept the fun of the quest for the holy grail, he never had to think of what to do next if he found it.
But there are more woods and more hellebores to hunt so our quest may have finished in one place but it will reappear in another.
Stay safe and be kind
For more from the Blackberry Garden follow me on Twitter and Facebook
bluebell woods Fawsley helleborus viridis picnic quest walking