Of all the things I did not expect to be doing this week: not even anywhere near the list, was saying farewell to my wonderful cat Trev, or Tesco Trev as was his full name.  He was so named as he was found in bins outside a branch of Tescos.  A local cat rescue charity took him in but when he was ready to be adopted no one wanted him.   Apparently this is quite common with black cats for some reason I just cannot understand.  I kept trying to avoid his big beautiful eyes, but I couldn't resist and Trev came to live with me just over three years ago.

He was my beautiful boy, soft as grease as the saying goes. 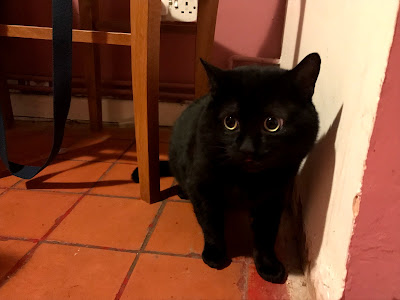 When he first arrived he was wide-eyed and scared of everything, 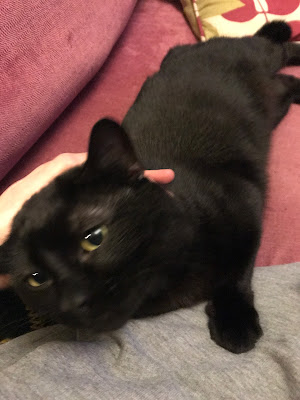 After a few days he managed his first cuddle on his own terms and he decided it was probably going to be ok after all to live here. 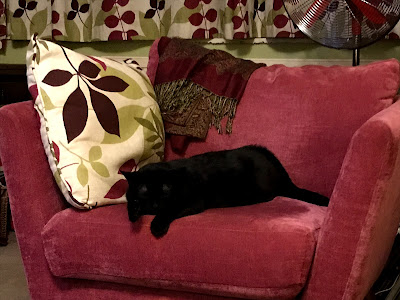 Whenever I saw him snoozing with his paws out in front of him I knew he was comfy and totally relaxed. 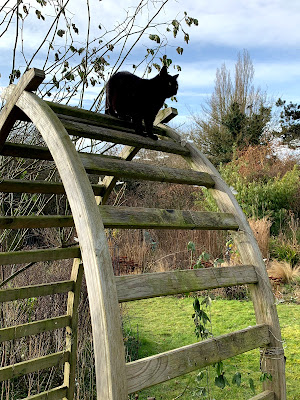 He was never very well co-ordinated and I always described him as having the grace of a bag of spuds.  If he managed to climb up the Whitby Arch, he would find climbing back down again rather a challenge.  He loved playing with Esme in the garden, they would thunder up and down the garden and leap out on each other.  He saw her as his big sister and wanted to be as brave and fearsome as she is.  In reality he was too soppy, but that is no bad thing. 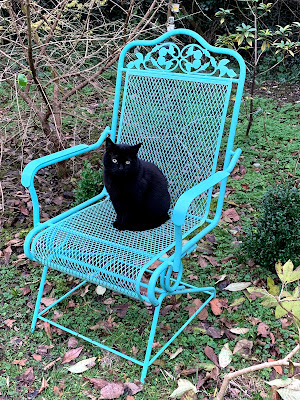 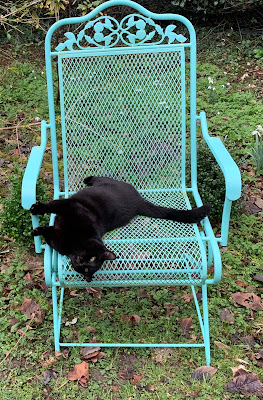 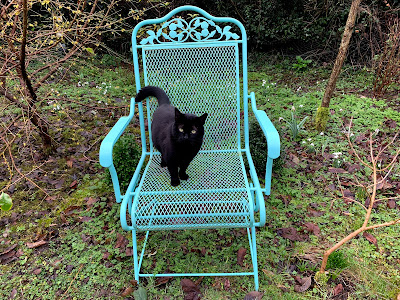 and he loved his chair.  He would race ahead of me when I was out in the garden to leap onto the chair so that I would fuss him as I walked past.  This was our routine and it will be hard not to have this happen anymore. 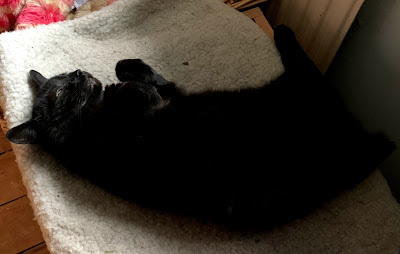 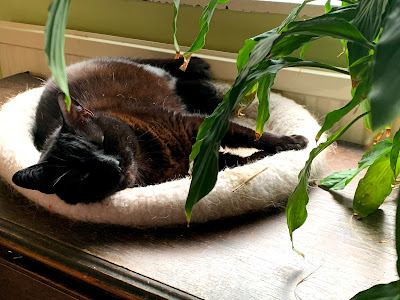 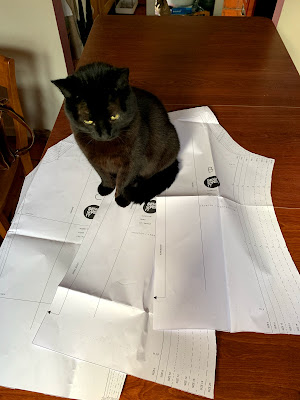 Suddenly this week, with no obvious signs that he was unwell, he had some sort of seizure and died.  I was there when it happened as he was in the conservatory with me keeping me company and snoozing as he often did whilst I am working from home.  I rushed him to the vets but I knew he had gone.  Almost my only comfort is that I was with him so I know that he wasn't alone. 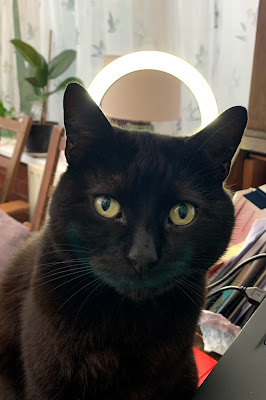 To say I will miss him is an understatement.  Only the night before he had been sitting on my lap whilst I watched television and then came and slept on the end of my bed all night as he usually did.  The other cats are missing him too and there is a huge Trev-shaped hole in our lives.  He is now a constant absence as I move around the house and I keep seeing that he is not there.  He was loyal and always close by: black cats are good at being loyal and make wonderful companions.  Goodbye my Trevor, your life may have been short but you could not have been more loved.