When Rear Window meets Tales of the Riverbank.....

As previously mentioned now that I am working from home more I have set up my office in what had been the under-used conservatory.  This has connected my working life to my garden in a way that has never been possible before.  In a year of very few positives, this is one. 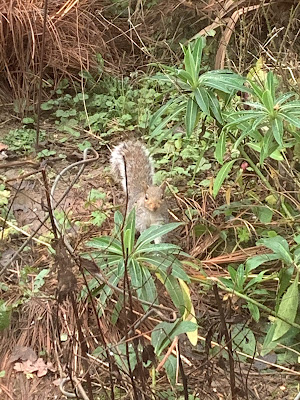 In the Summer I enjoyed the flowers and the colour from the garden and had not expected the Autumn and Winter to be as distracting.  Autumn is proving to be very distracting. 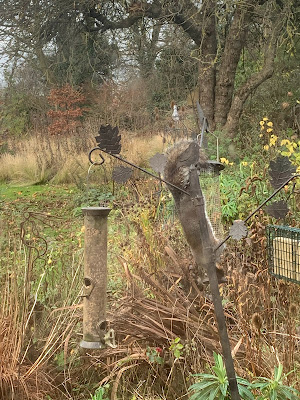 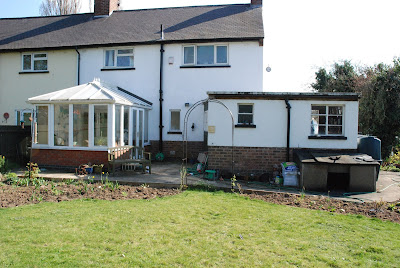 The other day I was giving a talk to Lou Nicholl's Garden Zoom Talks and as I reached this slide of the garden in 2009, still very much in its early days, there is clearly a bird feeder in exactly the spot where I have one now.  I have no memory of this at all, but I must have moved it or it fell apart and I never replaced it. 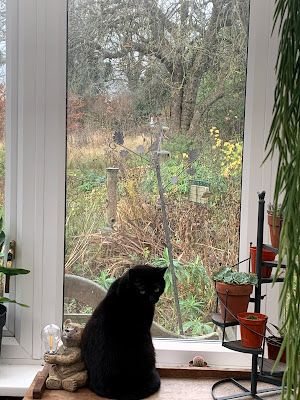 Anyhoo, Trev is very pleased I have a bird feeder there as now he can watch the birds without getting cold outside.  He is a little too portly to chase them (thankfully) so he just sits there happily. 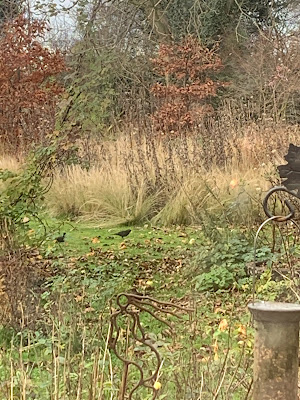 There is more going on in the garden itself as well. I am fascinated watching the birds, squirrels and foxes enjoying the last of the windfall apples.  I usually sweep them into a pile so that they can still be eaten but it means that the lawn looks a little more tidy.  At the moment whilst recovering from breaking my ankle, sweeping up apples feels low on my list of priorities so they have stayed where they have fallen.  This means I can watch them being eaten.  The birds and squirrels chase each other from the apples and vie for the best of the fruit that is still not quite fully eaten.  Sometimes the squirrels are dominant but then a blackbird will run at them and sometimes the squirrels demur.  In my head this has become a fusion of 'Rear Window' and 'Tales of the Riverbank' - though with less murder; less murder than Rear Window that is; I don't remember a huge body count in Tales of the Riverbank....... though now you mention it Guinea Pig was always a bit of a one.....
Rear Window (1954 version - James Stewart and Grace Kelly) is one of my favourite Christmas films.  Some of you may not consider it a Christmas film particularly as it is based in a hot summer but  I used to watch it on Christmas Eve whilst waiting for my children to go to sleep so I could assist Santa with present distribution.  I still often watch it on Christmas Eve as it has become tradition. Of course the tragedy here is that I had always wanted to be Grace Kelly yet now it appears I have become James Stewart.  Hey ho, could be worse.
Tales of the Riverbank was a 1960s childrens' programme narrated by Johnny Morris.  It followed the adventures of Roderick the Rat and Hammy the Hamster and various other animal pals.  It was real animals 'voiced' by Johnny Morris.  It was originally in black and white but there were colour series as well and it ran for quite a few years.  I remember there were some concerns at one point about its anthropomorphism but as someone who firmly believes that my cat Bruce speaks with the voice of Jarvis Cocker, Esme is Dawn French being George from the Famous Five go Mad... series, Flossy is David Walliams being 'a lady' and Trev has the voice of Mickey from the League of Gentlemen; I think any concerns about the impact this may have had on young minds is exaggerated......
I spent a bit of time looking at old episodes of Tales of the Riverbank on youtube.  I have been humming the theme tune ever since which is remarkably soothing.
Stay safe all and be kind.
lockdownlife Reat Window squirrels Tales of the Riverbank