A handful of magic beans

There I was, taking the cow to market* when I was approached by someone who asked me if I wanted to exchange the cow for a handful of beans.   I thought about this briefly, realised I was clearly losing the plot and walked on.  Later that day I received a message saying 'Would you like some magic beans?'.   At this point it became churlish to refuse. 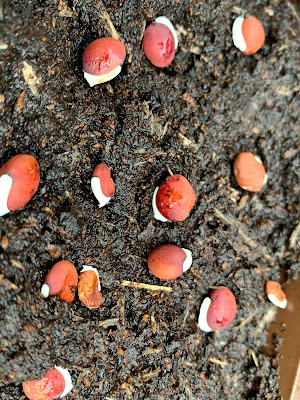 The beans duly arrived in the post.  I looked at them and thought - they look like magic beans, though on the packet it said 'Bangladeshi papri (climbing)'.  I had not heard of this plant so duly looked it up.  I struggled to find it but I think they are the Lablab or Priya papdi or hyacinth bean.  I did what anyone should do with magic beans, I planted them and waited. 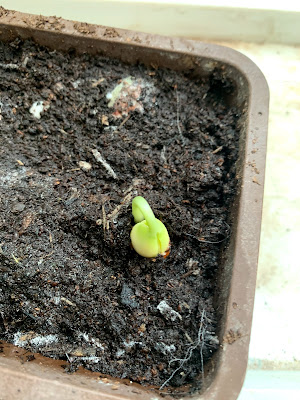 Germination was patchy, but one is better than none. 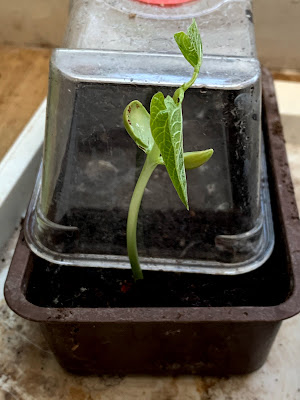 It was soon escaping its seed tray in a very magic bean sort of way. 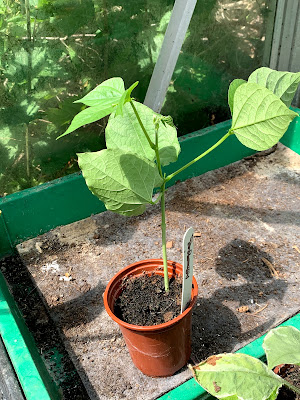 I potted it on. 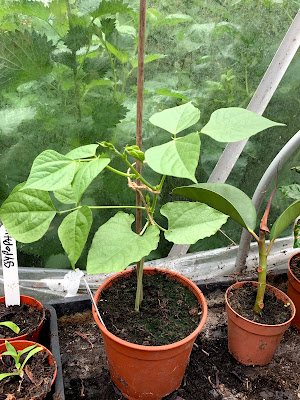 and potted it on again... 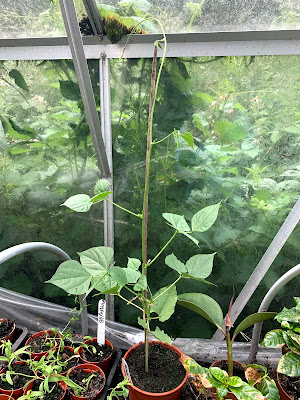 I gave it a stick to twirl up and up it twirled. 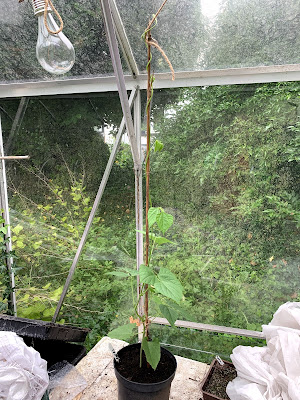 This bean needed lots of room to grow so I moved it and.... 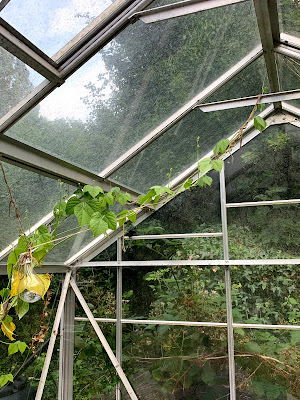 I made it a climbing route up across the roof of the greenhouse and off it went exploring as far as it could go. 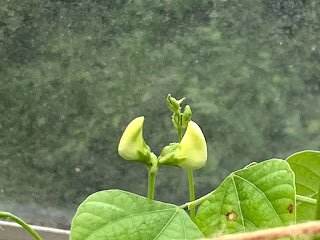 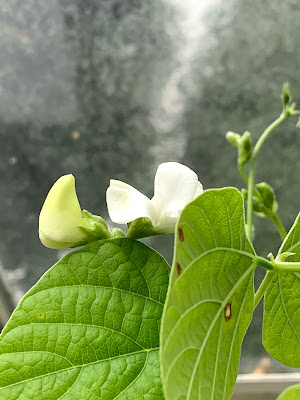 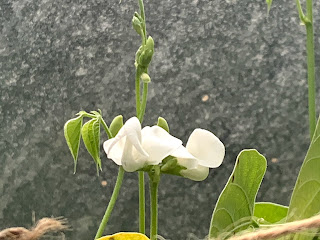 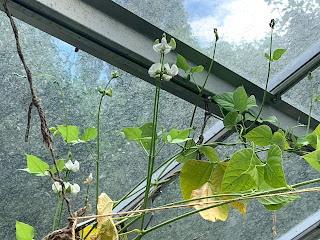 and then it flowered.  How exciting is that !  Of course as soon as it flowered I then began to hope for beanlets. 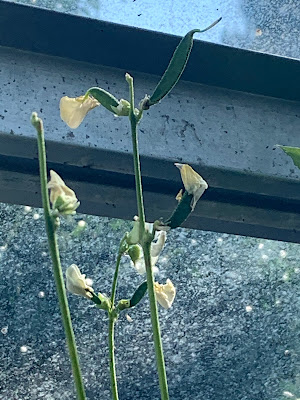 I was soon rewarded by the sight of beanlets forming.  I held my breath and watched them develop. 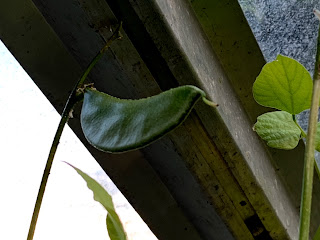 Everytime I went into the greenhouse I checked on progress and whispered 'cling on little beanlets, cling on and fill out'. 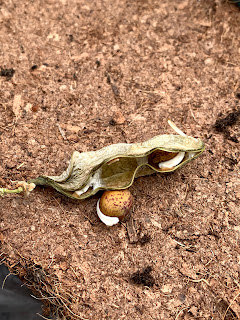 Cling on and fill out they did and I now have some beans to sow next year.  I am beyond excited.
This handful of beans has given me more joy than is reasonable and would have done so in any year, but this year having something keeping me this fascinated has been particularly welcome.  A gift of magic beans is a gift indeed.
Stay safe and be kind
*for clarity - I have never owned a cow or taken one to market but it should be panto time so I hope I am forgiven for a little artistic licence.
bangladeshi papri Lablab beans magic beans