The Snowdon Chronicles - some Bramcote wanderings

My training for next year's night-time trek to the summit of Mount Snowdon and back continues.  This walk, before the tighter restrictions were brought in, was a wander around Bramcote which is close to where my daughter lives.  Bramcote is the other side of Nottingham from where I grew up and lived for many years so whilst I know of it, I have never really had a reason to go there.  My daughter told me about Bramcote Hall and the park and woods that form its grounds.  It was a place ripe to explore. 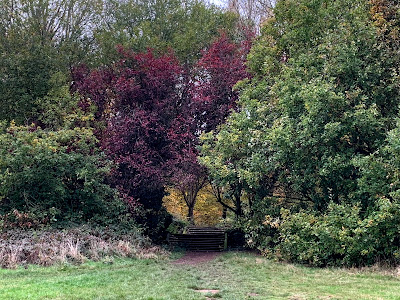 Bramcote Hall was built in the 1860s and was at one point the home of Frederic Chatfield Smith, one of the Smith's Bank family.  Frederic was also a High Sheriff of Nottingham (yes of course we still have a sheriff, what would Robin Hood do if we didn't?) and an MP.  Looking at the photographs it was a very grand home.  As is often the way the family could not maintain it after WW1 and in the 1920s it became a school.  The school moved in 1965 and even though the hall was purchased nothing happened with it and it was eventually demolished within a couple of years.  How sad.  The land however is now largely public park and explorable and it is a good explore. 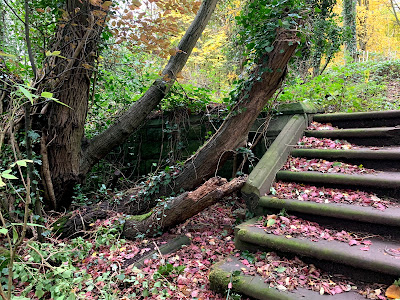 There are intriguing steps and remains of walls. 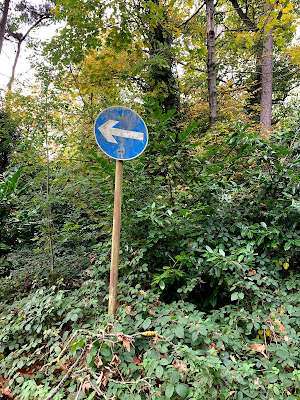 There is the ghost of a long-gone one way system. 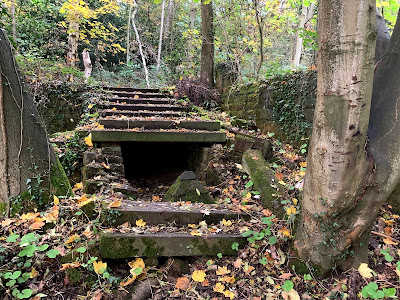 and spooky holes that must be the home of boggarts and/or trolls.  (not sure if either are the family type and I am sure they would not make good neighbours). 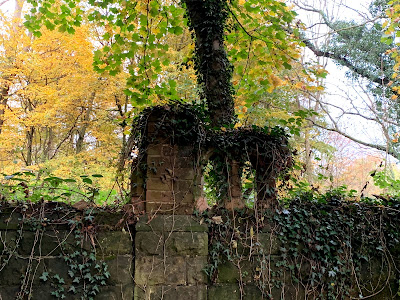 There are glimpses of ornate terraces now long overgrown with brambles, ivy and elder trees.  (Suddenly it is sounding like my garden!). 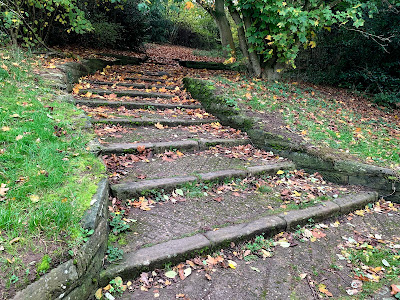 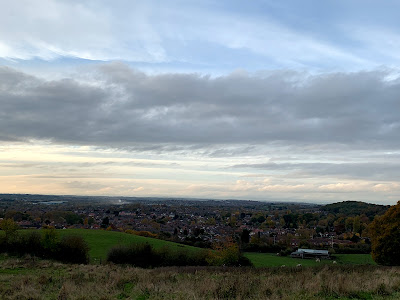 and we admired the view. 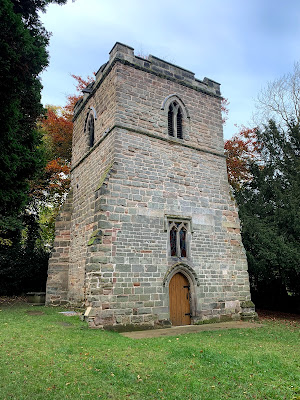 We stopped off to visit Bramcote Old Church Tower, the remains of a medieval church that is no longer consecrated.  Only the tower remains with the nave being demolished in the mid 1800s, around about the same time that the new church was built near by.  It is sometimes called the Sunken Church as it does look it might have sunk into the ground.  Some tombs still remain remain in the graveyard. 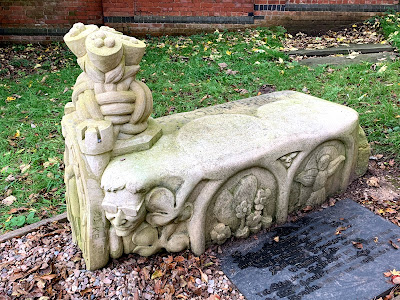 and I loved these carved stone benches. 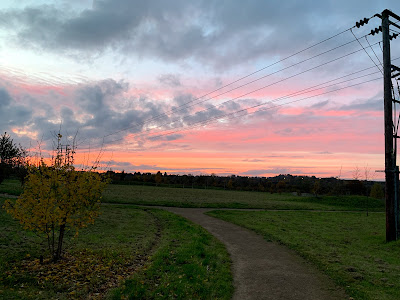 We made our way homewards as the light started to go.  It was a lovely walk, a good explore and a good natter.
The reason for these walks is to help me prepare to trek Mount Snowdon next May (did I mention it was at night?) to raise money for Perennial, the horticultural charity.  The trip is paid for so all the proceeds raised go directly to Perennial - please support me if you can.  My JustGiving page is here.  I am not yet half way to reaching my target so every penny is appreciated.
Just to whet your appetite, in case you think that these walks could do with more excitement, the next episode has definite excitement, drama and......
I shall leave it there, just to be mysterious....
Stay safe all and be kind.
The full story of this quest can be found here
Bramcote Hall Bramcote Old Church Bramcote walk charity Mount Snowdon perennial Snowdon challenge walks