Irritating Plant of the Month - Dahlia Wizard of Oz 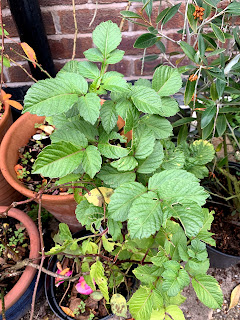 The plant overwintered well enough and soon started growing when the weather became warm enough.  I was very pleased by this and fed it and watered it in encouragement.
Has it flowered?
Nope
It has just been green.  Emerald City green I hear you ask?
Not at all, that is a horse of a different colour...... (see what I did there?)  I think probably in revenge for me not taking a photograph of the flower last year, it has decided to sulk.
Just when I thought nothing was going to happen this year.... 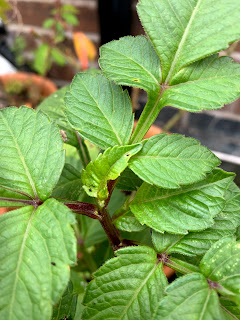 I noticed a tiny bud forming.
Too late my dear, too late.
I am sure this is revenge for not taking photos of it when I should have last year.
Flipping dahlia, I think it has never been the same since a house fell on its sister...
Dahlia Wizard of Oz dahlias Irritating Plant of the Month