The Malvern Plant and Garden Fair

So much has been cancelled this year and rightly so, but still it has made for a sad year for me with so much just not happening.  My sadness is nothing though to the lost revenues of nurseries and other garden related businesses that rely on show sales.  A lot of people have moved to online buying and that has helped save a lot of nurseries during this time, but it is not something that all have the ability to do.  I do love buying online (I really do) but a day out to buy plants, meet friends and generally just spend some hours in the fresh air is a treat I cannot miss.  So I was delighted when the Malvern Plant and Garden Fair was announced, not a replacement for the usual Autumn show but certainly the next best thing.  I bought a ticket quickly such was my excitement. 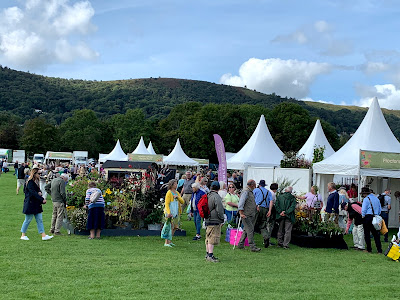 The day decided to be kind and the sun shone and it was pleasantly warm.  It felt more like late Summer than the early Autumnal days there have been in the last couple of weeks.  I set off mid-morning as I wanted to avoid the traffic if at all possible.  Much as I enjoy Malvern I find the traffic can be a bit frustrating, my journey was not too bad at all thankfully.  Once I arrived I soon saw that all was good.  The show was advance ticket only to manage numbers and was sold out on the Saturday.  Tickets were carefully checked to make sure that only those who had booked could go in.  There were over fifty stalls going to be there on the day so I had high hopes it would be good. 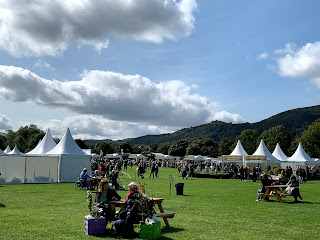 The show was nicely spread out so I felt that social distancing would be possible.  Some of the stalls had a few people around them so I waited until some had wandered off.  I believe that I am responsible for my own social distancing rather than blaming other people, so I just stood back until it was clear. 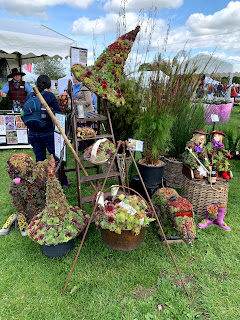 There were so many tempting stalls with really good displays to lure me in. 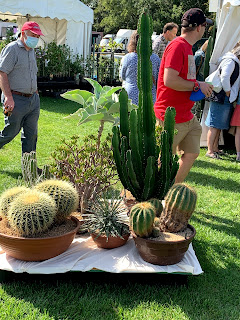 I was quickly lured by cactii, these are plants that I have spent a lot of years disliking, but now I find myself drawn to their spikey tendancies. 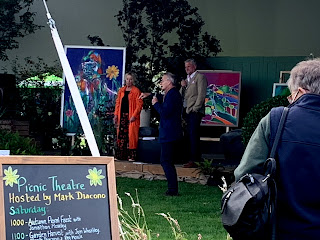 I listened to Carol Klein, Mark Straver and James Alexander Sinclair for a while.  They were answering audience questions in their knowledgeable and entertaining style. 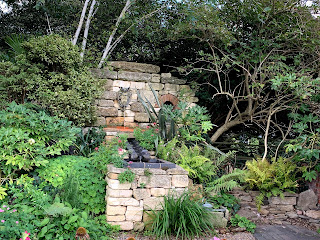 and I wandered around the showground generally.  I always pop by this permanent garden to say hello.
I did make purchases (it was rude not to): 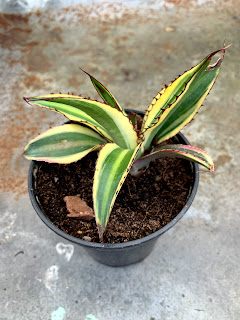 This is Agave univittata 'Quadricolor', which caught my eye (not literally even though spikey enough) on the Old Court Nurseries stall.  One plant leads to another and ... 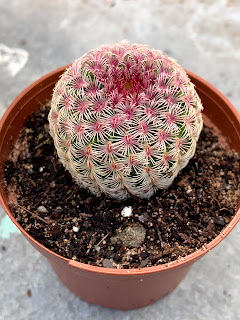 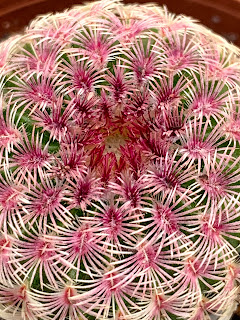 I love the pink spikiness of it.
Whilst I was waiting to pay for these two I got distracted..... it happens..... frequently... 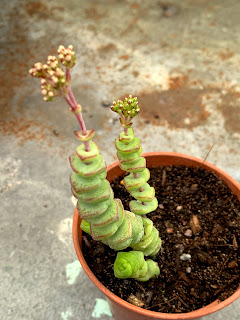 Crassula rupestris subsp. marnieriana 'Hottentot' waved at me and demanded to be bought.  Well it would have been rude to refuse. 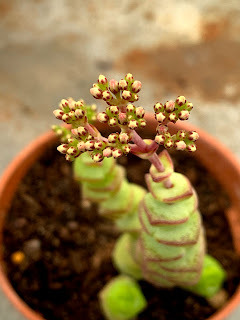 and she will be flowering soon - how exciting! 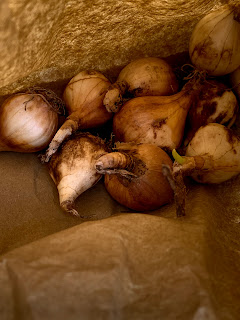 There were several bulb stalls, so these Narcissus 'Oxford Gold' leapt into a bag and demanded that I filled another bag..... 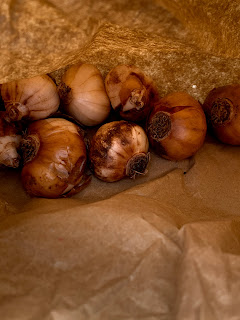 with Narcissus Arctic Bells.  These were from the H.W. Hyde & Son stall.   I shall be planting these shortly.
After a few more turns around the showground  I decided it was time to set off for home.  I had a lovely day and felt that my safety was being looked after.  This felt like it was a way forward for plant fairs:  it was nicely paced with numbers managed and lots of space.  I have to thank the organisers for such a good show.
Stay safe all and be kind.
Autumn Malvern Show Garden Show Malvern Plant and Garden Fair Plant Fair