I am going to admit that when the Belvoir Flower and Garden Show was postponed from July to September because of the pandemic I shook my head and thought 'it's not going to happen'.  I thought it was wishful thinking and doomed to be cancelled.  Thankfully I could not have been more wrong. 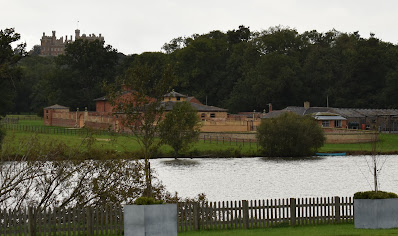 Despite the weather forecast being fairly good, it decided to rain whilst I was driving to the show.  My main concern, I have to say, was I had left the washing out.  Oh well.  Once I got to the show it kept looking quite dark, but the rain held off, (and the washing was dry when I got home). The sign posting to the show was good, apart from the rogue sign that I swear sends you off down someone's drive, it made me smile as I nearly fell for that sign last time I went so I was ready for it this time.  Parking was nicely organised and I was soon making my way down to the queue to enter the show.
Yes there was a queue.  At first my heart sank a little but then I realised that this was to help control numbers in the show.  So as people left they let more people enter; I am not going to grumble about that at all. 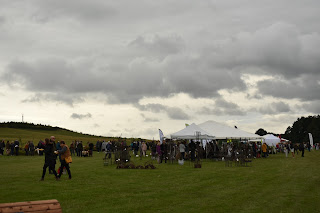 About fifteen minutes later and I was in.  Inside the show there was plenty of space for people to peruse the stalls and stay socially distant. 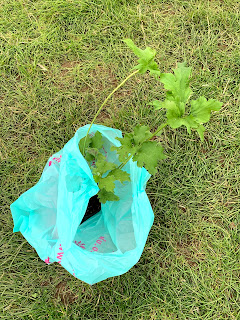 I, however, was on a quest.  There was one plant I was not going to leave the show without: the new introduction from Hardy's Cottage Garden Plants ' Anemone Frilly Knickers'.  Nothing was going to happen until I had secured one.  This achieved I then settled down to enjoy the rest of the show. 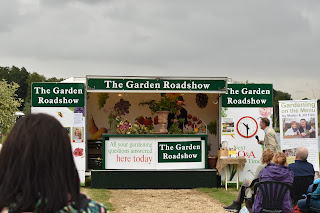 There was much to see.  I dropped in to watch Jonathan Moseley demonstration sharing his love of flowers which was fascinating and entertaining. 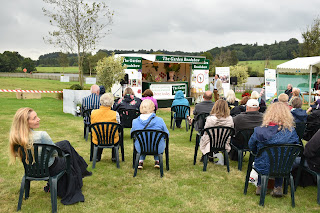 The chairs were all well spaced so that people could sit comfortably and feel safe. 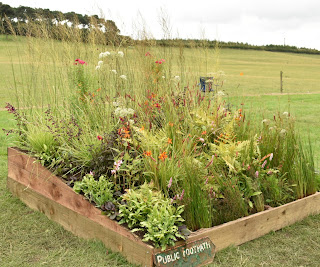 One of the features of the show is the design competition sponsored by the London College of Garden Design.  There are a series of borders and they show how much you can do within a small space. 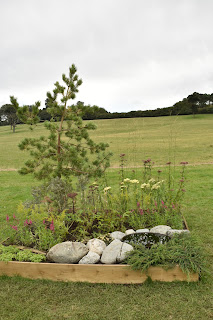 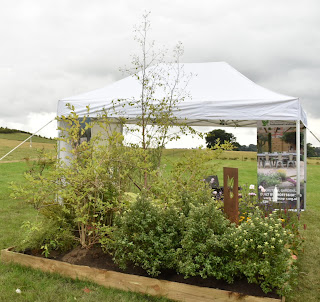 It was good to see so many people looking at these displays.  They clearly attracted a lot of interest. 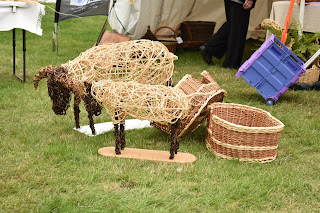 There were also many stalls selling all manner of things.  I could not resist stopping to look at these sheep made by basket-maker Maggie Cooper.   Maggie and I had a chat and I have to admit I did not know that there was a particular style of basket local to Castle Donington. 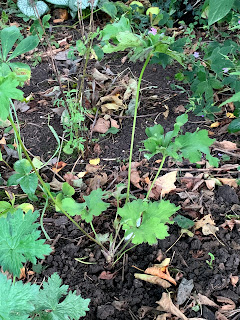 and here is Frilly Knickers planted into the Spring Border - which, as the border's name suggests, is great in the Spring but lacks oomph for the rest of the year.  I am hoping that its part-shade/moist conditions are perfect for my new plant.  She is still rather young so I am not expecting flowers this year, which is fine, I need her to put down roots.  I am pleased to see that after only a few days in the ground she is already throwing up some new foliage.  This is a good healthy plant.
I bumped into a couple of people who I knew whilst at the show (bumped into whilst socially distancing obvs).  So it was a good day: I met up with friends, bought a good plant and learned things.   Very importantly this show proved to me that we can still have events if care is taken and rules followed.  This probably made me the most optimistic I have been in months.  I am very keen for this show to grow and develop as it is local to where I live.  Having a good show close by is a wonderful thing.  Now I am looking forward to next year's show already.
Stay safe all and be kind.
Anemone Frilly Knickers Belvoir Flower and Garden Festival Flower Show Hardys Cottage Garden Plants Jonathan Moseley lockdown life