Gardener's Chance by Roy Hay - a glimpse of history 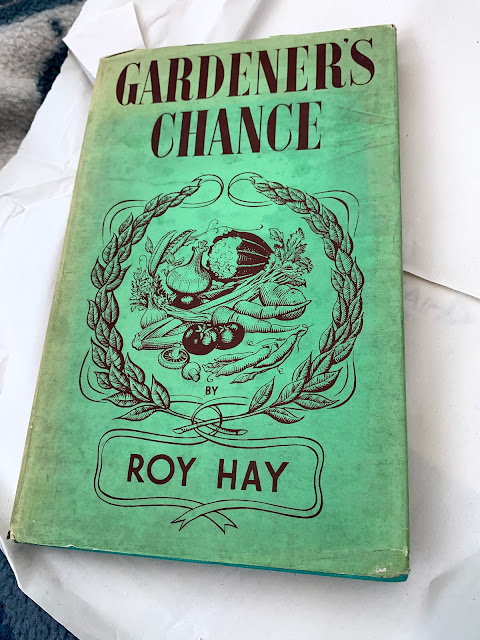 I admit I had not heard of Roy Hay, but I googled him to find out who he was and what an interesting chap he turned out to be.  I felt a little ashamed that I had not heard of him as he has written many garden related books and was clearly influential.  It made me wonder if in 60 years time someone will be writing 'I found this book by Alan Titchmarsh, I had never heard of him but apparently he was quite good at gardening....'
This is a perfect time capsule of a book and was first published in 1946.  Mine has that old book smell that I partly dislike and partly love.  I think about all the owners of this book, all the hands that have held it and all the eyes that have read every word.  The book is about the wartime 'Dig for Victory' campaign; about how they got it going and the surprises it brought to them.  Roy talks about how preparations began for WW2 before the war commenced but once it was declared then things really swung into action.  Plans to get people growing their own vegetables were implemented almost immediately.  Whilst lots of people did garden, many did not grow their own food and the Government knew that good food supplies would be vital to keeping the country going.  To encourage this campaign, Roy tells us "...the Ministry of Information Slogans Department were working overtime to find three-word phrases that would set the wheels revolving without frightening anybody" (1) Is it just me, or does this seem very similar to our current pandemic approach?  (possibly the not frightening anybody bit ....).   Roy says that out of many slogans that were tried and tested, 'Dig for Victory' was the one that stuck and indeed, it has been talked about frequently recently when the pandemic led to so much seed and compost buying back in early March.
There are sections in the book that resonate loudly with today.  There is talk of the problem of pilfering from allotments and how perpetrators were put up 'in front of the beak'.  There is also a piece about how availability of seed supplies was scarce when the war broke out, so naturally some growers bought a bit more than they needed, leading to even more scarcity.  Roy also talks about growers using their own seed from their own plants, but that these tended to be poor and not good to use generally.
The book is also full of interesting and amusing anecdotes.  Some are wryly amusing particularly when Roy speaks in surprise about how capable women can be when gardening (who knew!).  It is also a very formal book: there is a lot of mention of Mr Hudson and Mrs Hudson; anyone who is mentioned by name is mentioned in this formal way.  I kept thinking of Mr Cholmondley Warner and reading it in his voice....  It is very much a book rooted in its time (forgive the pun).  Yet the book is not written in a formal style, I find it very conversational, it is like Roy is speaking to us.
As said, you have to bear in mind that this book was first published in 1946, the country had barely started to rebuild itself from the war.  So there is a lot of talk of bombsites and also what will happen now the war is over.  What will gardens look like?  Will people keep their allotments on?  Again I am finding resonance in this, will people continue to grow their own food as the months of pandemic continue, or will now shopping is (currently) easier, will they return to their old buying habits?  There was so much written and said when the lockdown started about 'new habits that would not be lost' and that wry smile appears again for me as I wonder if this is so. 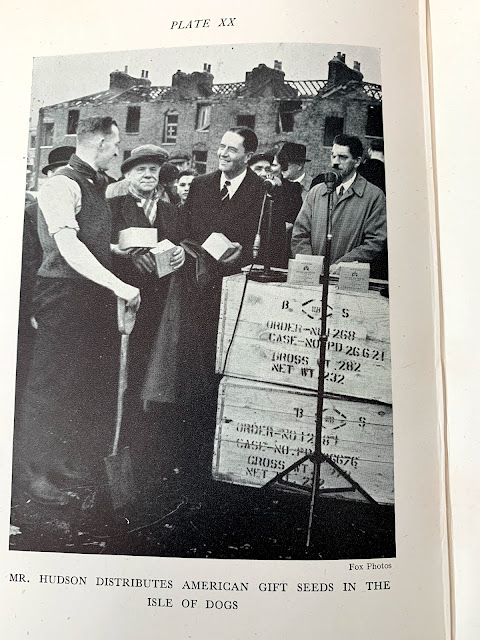 The book also has several photograph plates.  This is one of my favourites as it sums up the time completely.  It also made me think of Passport to Pimlico, which is one of my very favourite films.  There is no real connection, it just for some reason it just brought it to mind.
Whilst I have not really embraced the whole talking about the Pandemic as if its a war type of thing, I did find a lot that made me think about what the last few months have been like.  Maybe if for no other reason than there you are, living your day to day life as if this is how things are and then suddenly (albeit with lots of warning signs then and now) everything changes. 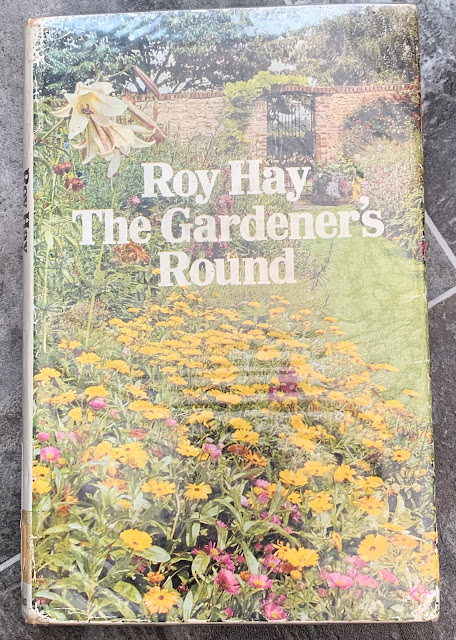 I liked the book so much I decided to see what more I could find that Roy had written. Roy had written a lot.  This book caught my eye in particular (and it was cheap, I admit that tipped the balance).  Published in 1968 this book goes through the months of the year talking about what jobs are needed to be done and which plants will be at their peak.  The book is made up from articles that Roy wrote for The Times.  Again there is terminology used that we would not use today and rather more effusive usage of paraquat then would be allowed now; but it is still worth reading with lots of good advice and tips. 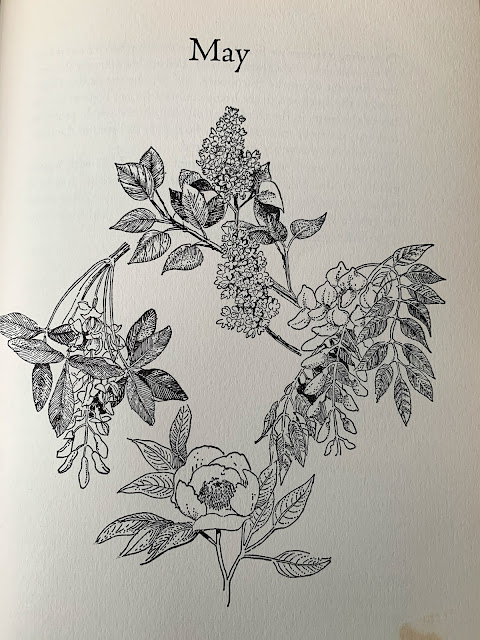 There are no photographs in this book, but there are these rather lovely line drawings - or as they are described 'decorations' by Martin Bronkhorst.
Roy's jobs for September include order your bulbs now for either growing indoors or out.  Cut back shrubs or perennial evergreen rock plants and finish all your hedge trimming as soon as possible.  (Not sure why the rush for hedge trimming....). 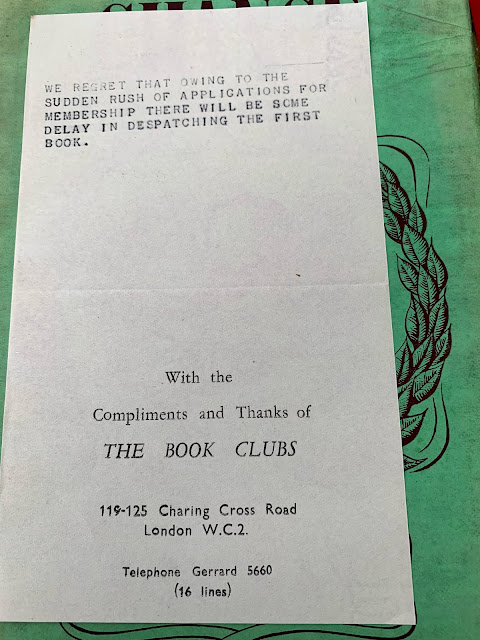 I don't know how much 'Gardeners Chance' cost when first published, though I know it was in high demand from the slip of paper that was still in the book.  The Gardener's Round cost 35 shillings, I had a little play on t'internet and according to one calculator this would be around £76 in today's money.  I shall leave you with that thought.
Stay safe all, and be kind.
(1) Hay, R Gardener's Chance  (The Garden Book Club 1947ed) p.10
Dig for Victory Roy Hay vintage garden books