June 07, 2020
When I wrote the Tree following post for May we had just had some late frosts.  These frosts caused quite a lot of damage in the garden though superficially the quince trees seemed untouched.  The frosts were followed by gale force winds and then baking hot sun and no rain.  May was been a bit of a month.   June has started with some very welcome rain.  I can almost hear the garden drinking. 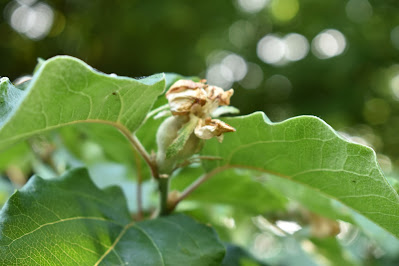 The gale force winds in particular stripped many of the quincelets in particular from Quince Minor.  I think these were the ones killed off  by the frosts. 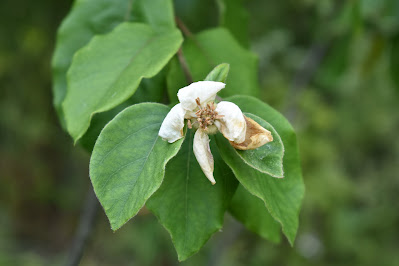 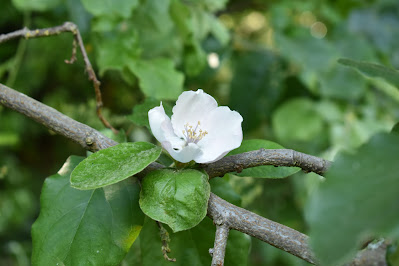 and Quince Major have responded by having some late blossoms.
Even with this late helping hand there are still quincelets on both trees. 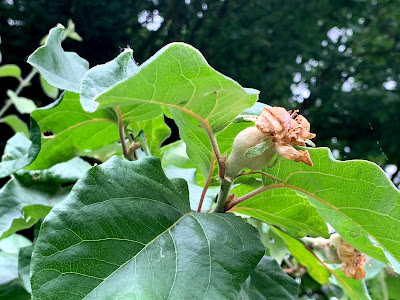 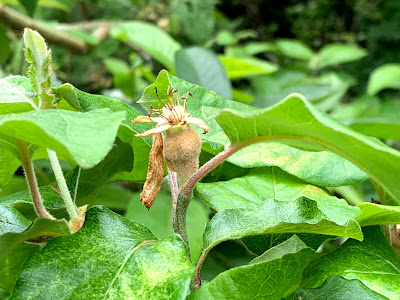 They are different quince varieties so this may not mean much in itself.  I am feeling relatively hopeful I might get at least one quince per tree this year. 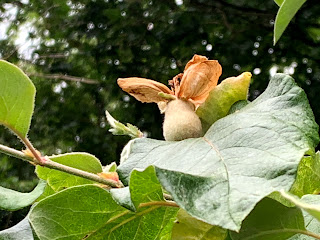 Time, as ever, will tell.
More followed trees can be found here on Squirrelbasket's blog
quest for a quince