November 20, 2019
For the last twelve month or so I have lamented the garden being relatively dry.  I rather simplistically use the level of the pond as my guide to the level of the water table under the garden.  When the pond is low then I regard the garden as a whole as being rather dry.  When the pond is full I think that there is probably a good amount of water in the ground.  A superficial analysis I know, but it works for me. 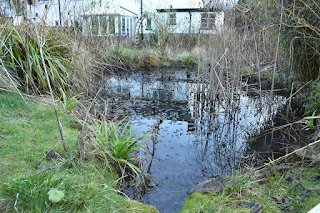 This is the pond in January 2018, the last time I made a note of it as being full.  2018 went on to be a year of a very hot dry summer and unsurprisingly the pond suffered. 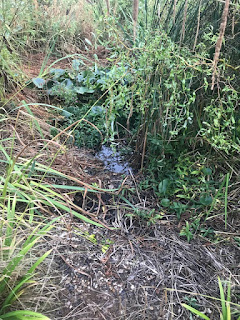 At its worst the pond became a glimmer of water.  I have never refilled the pond artificially but I got very close to it.  I actually wonder if I was wrong not to, but I held my nerve as the pond dwindled almost completely away.  The pond is quite deep in its centre and it does help it during such stressful times. 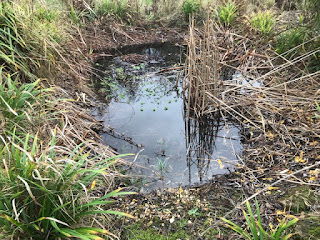 As the rains returned starting in September 2018, the pond slowly began to refill. 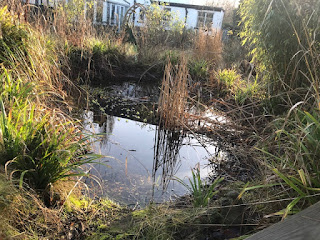 Despite quite a bit of rain, it never completely refilled.  I wrote frequently how much this concerned me as I worried if we had another drought this current year we were already at a low starting level.

This year thankfully we did not have a drought.  The summer was pleasant enough and a good one for the garden as it rained on and off, enough to keep things going but not too much to spoil the warm weather.  This meant that when it got to September 2019 the pond was actually more full then it usually was for this time of year. 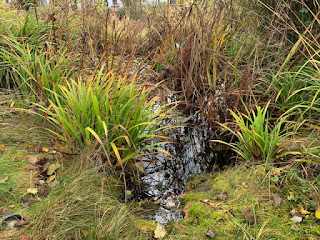 In the past couple of weeks we have had significant amounts of rain.  The ground around it is more than saturated and I am mindful of the devastating floods in some parts of the country have experienced.  I have spent all these months just wanting to see the pond full again but the extremes of rain we have seen mean that respite from these grey wet days will be welcome.