A hotel at the centre of the cosmos

October 13, 2019
I appear to have accidentally fallen into a series of posts about hotel gardens.  This might give the very misleading impression that I spend a lot of time in hotels, I do not.  When the occassion arises that I do I like to wander the gardens and this recently led to 'A lament for a lost garden'; todays post is sort of a bookend to that post as this garden is not so lost.  A fair chunk (technical measure) is now used as a golf course and whilst some may not approve of this, it does protect it as a green space.  It is sad that the historical grounds it stands on have now gone, but at least it is not a car park. 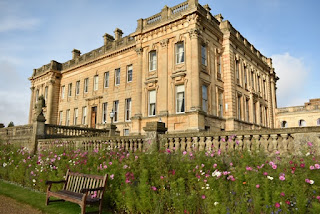 This hotel has made good use of an annual seed mix.  In this mix there are a lot of cosmos, which at this point of the year are clearly dominant, if you burrow in further to have a look there are also zinnias and cornflowers in evidence.  I am very fond of cosmos and it is one of the annual flowers that I make sure I grow every year. 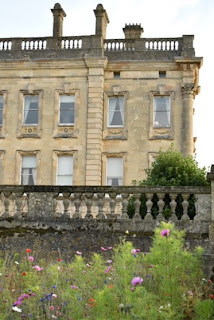 The height of the flowers and their finely cut foliage I think work well with the stone work.  I also mused as I wandered around that this was a very effective method of weed control. 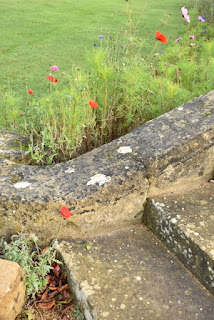 I was trying to decide whether it was different mix being deployed in different areas but I decided it probably was not.  The difference in vigor of the plants used I put down to different soil conditions.  The soil in the main borders has probably had generations of improvement put into it, whereas these narrow strips near the steps are probably relatively new and/or impoverished.  Whatever, it was a joy to see poppies still flowering. 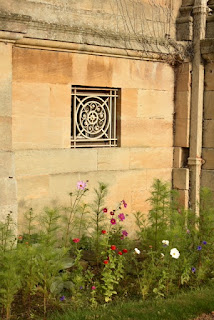 The autumn sun was shining and so the flowers were glowing.  The borders were buzzing with all the bees enjoying them.

I liked the use of seed mixes, but ask me if I would have liked to have seen some perennial planting as well and then I will say yes, yes I would.  Few things make me as happy as a well planted perennial border and that they will return year on year makes them a practical and sustainable method of gardening. 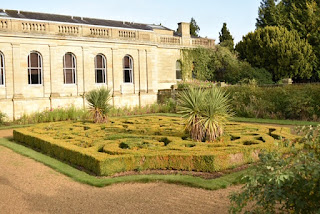 It was not all seed mix before I misrepresent what there was.  There were also some well pruned knot gardens.  Now if you look at the box hedging closely you can see that, like a lot of box hedging, it is suffering very badly from blight. 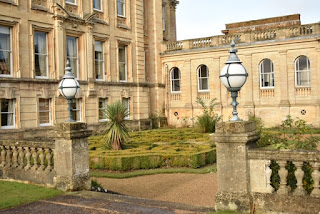 I imagine that this will be replaced over the autumn and I share the pain of poorly box. 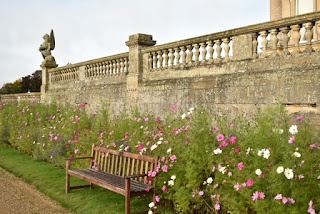 So I wandered back into the cosmos to refresh myself with their colour and movement.  They wafted rather nicely in the breeze.  There was some undulation going on that gave a feeling of life and energy.  I did think as I left that I need to try a seed mix like this, I think I can find somewhere in the garden where it would work well.
box blight hotel gardens Knot garden seed mix