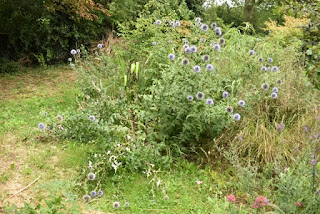 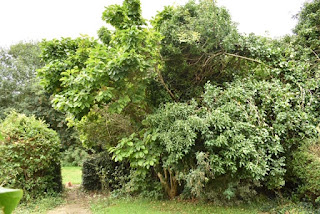 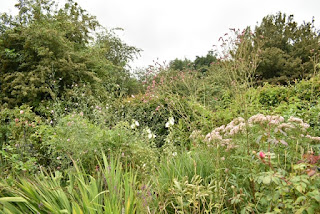 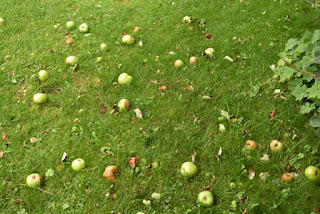 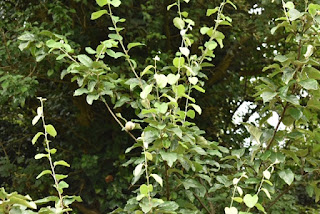 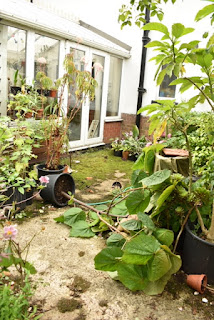 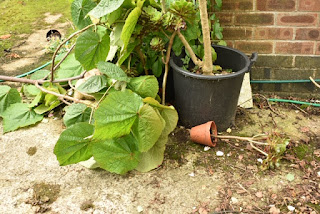 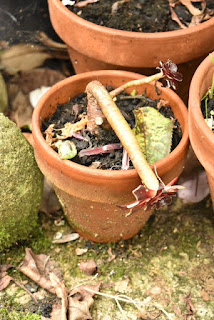 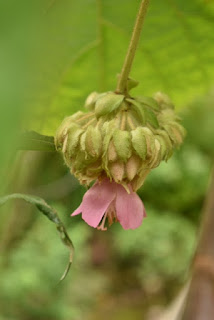 September has been fairly warm and fairly rainy.  Quite a lot rainy on and off, which for my garden has been no bad thing.
The Knot Garden has been giving me concern this year.  I thought I might have Box Tree Caterpillar, I am still not quite convinced I have not, so I have been making replacement plans.  Making replacement plans is difficult as now I think I like my replacement plans more than the Knot Garden, maybe this phase for the front of the house is over and it is time for a total change.  This is still thoughts in progress....
In the front garden the forgotten laburnum that is overwhelmed with ivy has decided to slowly keel over.  I am waiting for the tree surgeon to come and remove it as it is far too big and too skilled a job for me to tackle
The border by the front of the house is looking about as good as I have ever seen it.  Trev also agrees.
The quince hedge has also had a good year and looks very much like a hedge these days.  Trev was spider hunting, he likes a crun…