June 23, 2019
Since starting to write this blog I have been lucky enough to meet some really lovely people and visit some really lovely places.  I received an invitation to attend the book launch for the new book ‘A Celebration of the Gardens at Cotswold Wildlife Park by Harriet Rycroft with Tim Miles.  I have known Harriet for several years and I was delighted to be invited to this event. 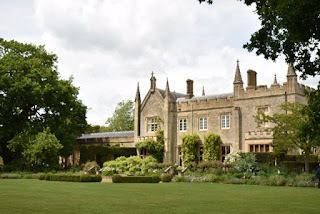 I had never been to Cotswold Wildlife Park previously, in fact I am not sure I have ever visited any wildlife park, so I might have been a little excited. 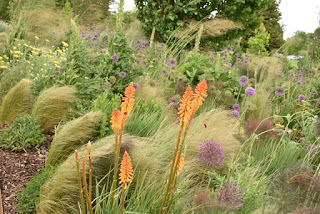 I discovered really quickly that one visit was not going to be enough.  One minute I was trying to focus on the gardens and the next minute I was shouting ‘rhinos!’ and pointing wildly in their general direction.   The thing I realised about white rhinos (for that is what these are) is that they match very well with Cotswold stone. 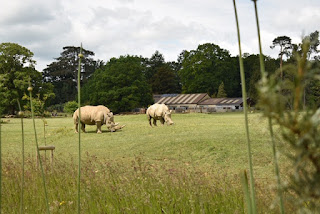 We were told that the zebras had to be moved from the rhino enclosure as they were kicking the baby rhinos.  My world view crumbled a little at this and I tutted at them a lot. 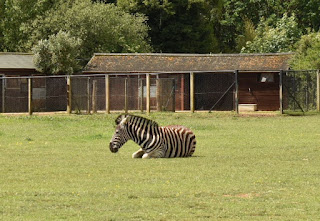 Lemurs are exhibitionists and adorable. 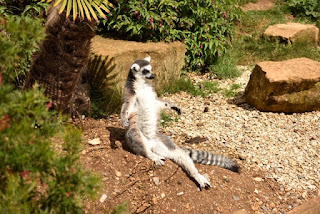 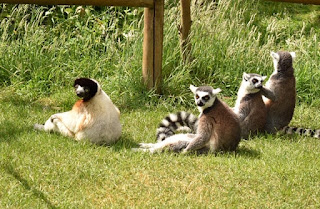 and whilst admiring the lemurs.... 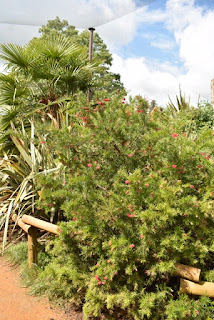 look at the size of this Grevillea!  I stood and admired this as much as I looked at the lemurs.  What an amazing specimen. 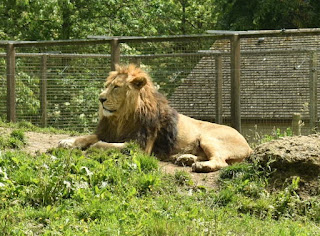 Back to the gardens:  the house has its roots in the seventeenth century and has been updated particularly during Victorian times and beyond.  The gardens therefore contain some amazing mature trees.  The owner of the park, and son of the original owner of the park, Reggie Heyworth welcomed us to the day and explained that his father wanted to create beautiful gardens with animals around them. There would not be drive-through roads, but paths that took you to each different area. 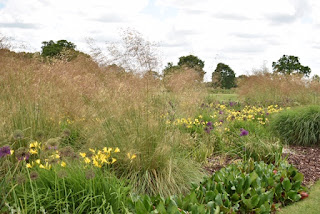 The planting really is quite 'stop in your tracks' stunning. 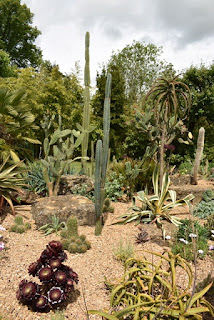 The Walled Garden is full of drought tolerant/hot planting and once you have stopped shouting ‘Penguins!’ and pointing wildly, the planting does have to be thoroughly admired. 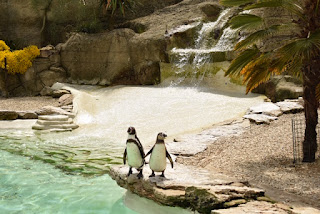 I have to say that one of the group on the day became very childish and threw what could only described as a ‘paddy’ refusing to leave until she’s seen a red panda.   Yes, dear reader, of course it was me. 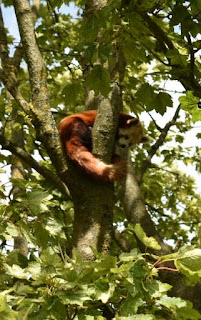 When we found the red panda it refused to come down from the tree or raise its head to look at us.  The childish person (me) then refused to move until she had a better photo of said red panda.  Thankfully a keeper arrived and furtled about in the enclosure and the red panda raised its head to watch him; otherwise we might still be standing there. 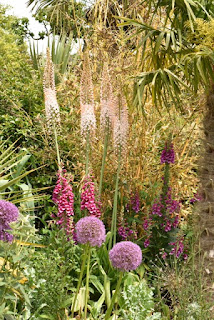 The driver for the day was relieved to be finally allowed to leave..... 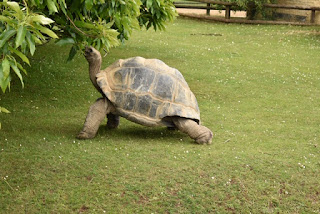 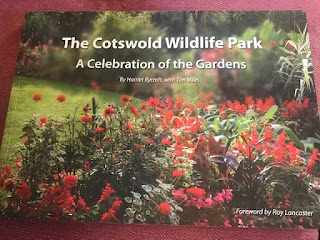 The book is a delight, I think focusing on the gardens as visit-worthy in themselves is very important.  It has a forward by Roy Lancaster, who encapsulates the essence and importance of the book.  The photographs are stunning and the book details the important trees and plants in the park.  The history of the gardens and the maintenance of the gardens are woven through it so you pick up interesting nuggets as you read through.  If you have never been to the park and if you have no chance of visiting it is a good book in its own right. If you have visited the park then this book will remind and inform you. 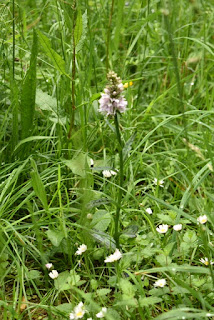 It is clear to me that there needs to be at least two visits to Cotswold Wildlife Park per season of the year; one to look at the animals and one to look at the gardens.  On all visits it is perfectly acceptable to stand in front of the Red Pandas and refuse to move. 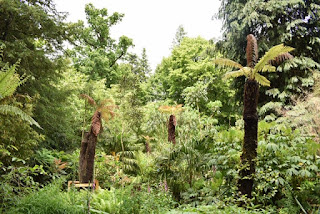 I have to thank Harriet, Tim and Reggie and the team for making us feel so welcome and looking after us so well.  Just imagine a group of social media gardening-related people running amok through the park.  I also have to congratulate the organisers of the day for bringing together some of my most favourite twitterers into one place.  We had such a fun day.