A morning at Borde Hill Garden

May 05, 2019
A morning at Borde Hill Garden is not long enough, but that was the time we had on a recent visit to the garden arranged by the Garden Media Guild.  Have I mentioned I am a proud member of this guild?......  This is a not a peevish 'that was all the time we had', more a recognition that appetites were whetted and a return visit guaranteed which was of course the aim of taking us there. 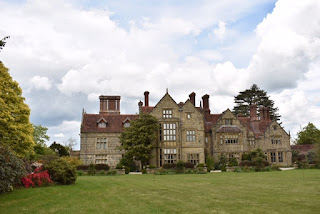 What a garden it is, something to suit almost every taste starting with a fascinating history dating back to its sixteenth century origins and the more recent history of the creation of the gardens by the Stephenson Clarke family.  Colonel Stephenson R Clarke, the current incumbent's great grandfather, purchased the house and grounds in 1893.  He started the planting of the gardens and woodlands and this was continued by his son Colonel Sir Ralph Stephenson Clarke who took over the gardens in 1948.  In 1970 the next generation, Robert N Stephenson Clarke, took over running the gardens and his passion was rhododendrons, and now the garden is run by Andrewjohn Stephenson Clarke and his wife Eleni, they moved there in 1988.  The legacy of this family is written on the landscape through the amazing trees and garden areas. I can give you but a mere flavour today. 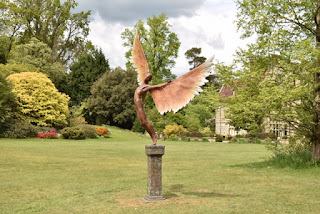 Our guide for the tour was the very knowledgeable and entertaining Head Gardener, Andy Stevens.  The gardens are Grade II listed and Andy leads a small team of gardeners to keep it looking at its best.  The grounds and woodlands are home to many rare trees, including apparently the largest private collection of champion trees in Britain.  The plant collecting passion of the family is very clear.  We met some very interesting trees that, I think I am right in saying, some of which none of us had heard of or seen before such as this Meliosma beeniana.  It was just covered in this huge flower heads.  It was just a showstopper of a tree. 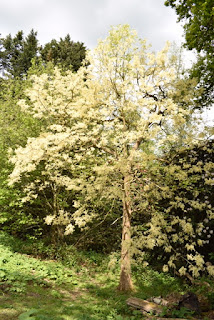 The family also have a long association with magnolias, with around 250 planted in the gardens. 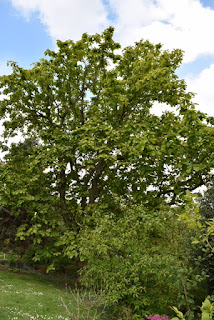 There are huge ones, planted by the Colonel, that are now established into being probably the largest magnolia I have ever seen. 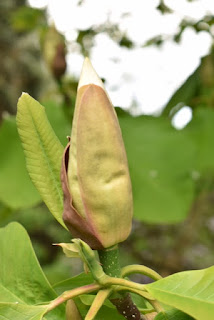 The flowers were equally huge and greatly scented. 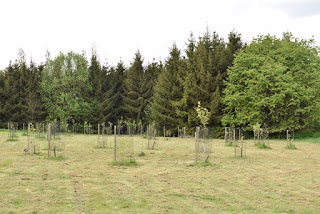 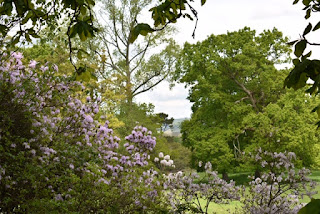 There were a lot of oohs and aahs as we walked around the garden. 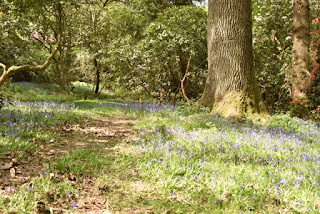 I paused to admire the bluebells, that were just going over. 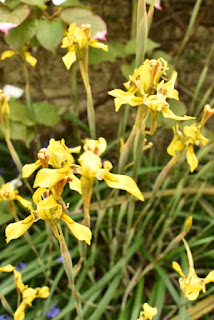 It is a garden where you can enjoy the detail of the individual plants, so I spent time admiring irises, 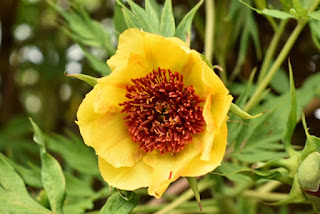 and tree peonies.  Then I moved back from the detail to admire their effect in the different areas, 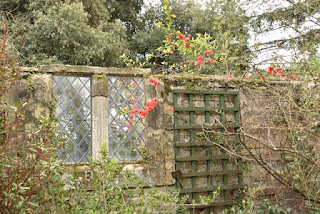 such as admiring how the old potting shed was now a garden feature in itself. 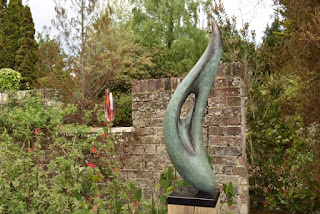 The was create a great framework for planting and the sculpture display, more of which below. 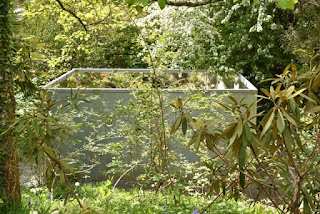 There is also the surprise of finding this installation, a mirrored 'Infinity box' that was an ex-show garden. It nestles in an abandoned quarry.  The garden has been formed by the hands of the owners and the hands of misfortune.  We were told that some of the 'holes' in the garden were from WW2 bombings.  We were also told of the devastation of the Great Storm in 1987 that flattened so many of the trees, but that this had also given them opportunities to rethink and replant. 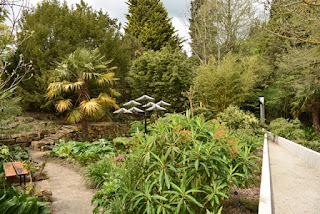 This part of the garden is called the Round Dell and was designed by Sophie Walker.  This time of year the exotic planting is still in its early days, but you can easily imagine how good it will look in a few weeks time. 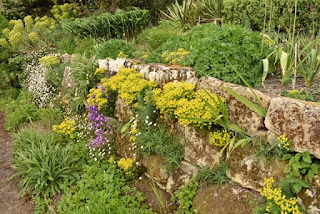 My eye wandered again to the detail, this lime green euphorbia growing from the walls was greatly admired. 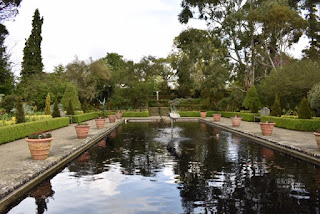 This is the Italianate Garden, superbly proportioned with a kinetic water feature in its centre.  The proportions are also very similar to the size of a tennis court, because that is what it used to be.  It works perfectly. 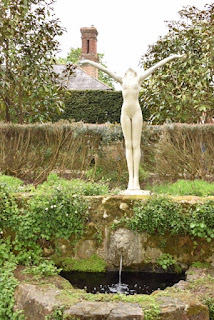 There are some fantastic sculptures around the garden.  This nymph at the Italianate Garden's head is perfectly sited. 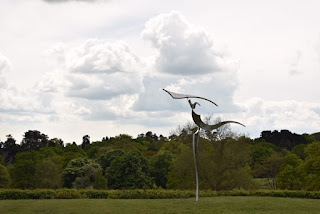 At the moment there are also many sculptures there as part of the sculpture exhibition that the garden is hosting from May 10th to September 30th. 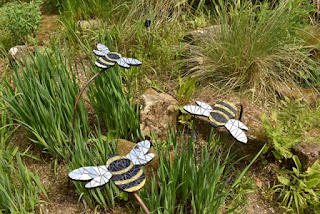 The sculptures on exhibition are all on sale and they range from the small to the very large.  I loved these bees in particular. 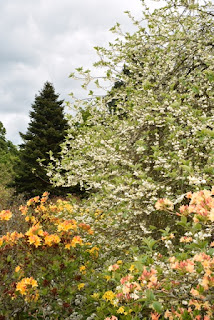 We had such a great morning in the gardens.  I have not covered everything here that we saw as I am hoping to be able to return. 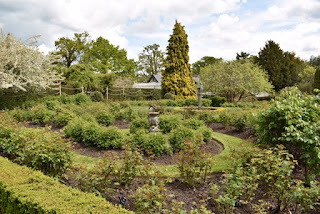 In particular I want to see the rose garden when in flower; we were told there are 750 roses planted there and they must be quite a sight to see. 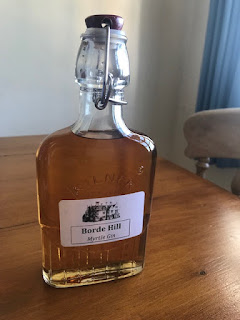 We were kindly given a 'goody bag' as we left and I was delighted to find a bottle of Borde Hill Myrtle gin in it. This is a fantastic way of leading me to say there in July Borde Hill is hosting the Sussex Gin Fest.

I have to thank Andrewjohn and Eleni for hosting our visit so generously and also Constance Craig Smith and the Garden Media Guild for arranging it.

This was the morning, the afternoon visit to Leonardslee Lakes and Gardens can be read about here.
Borde Hill Gaden Garden Media Guild Meliosma beeniana