March 31, 2019
Suddenly, suddenly, spring is upon us. Everything seems to be growing and developing and life is in abundance in the garden.  The days are getting warmer but the nights still contain some frost.  I keep my eye on the weather as the frost could still do damage, but generally as I look out at how the garden has progressed in March, I am pleased with how it looks. 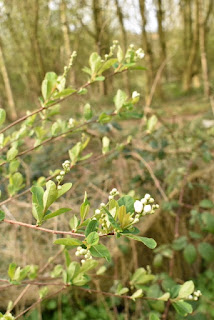 In the driveway the Exochorda macrantha 'The Bride' is starting to flower.  I have had this shrub a few years now and it is getting to be a good size. 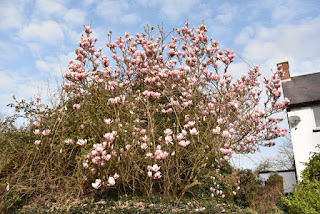 The Magnolia, which if you look carefully is infested with brambles, is flowering magnificently.  This was the first thing I noticed about this house when I first viewed it and it remains a total joy. 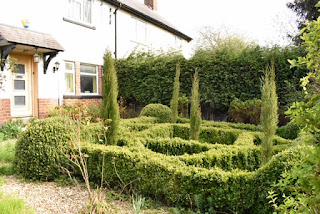 The Knot Garden is looking green.  The cypress trees are rmaking good growing progress now and I think they work well. 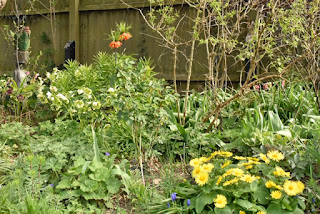 In the back garden spring has sprung.  The doronicums in the foreground and the fritillaria imperialis in the background are real signs of the season turning.  The fritilleria have escaped the slugs so far this year, but the lily beetles have appeared and are getting squished on sight. 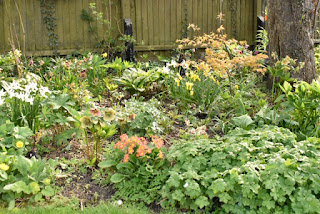 The Spring Border is also doing well.  The Orange Dream acer is slow growing and works well in tis space.  The hellebores are going over and the primulas are flowering. 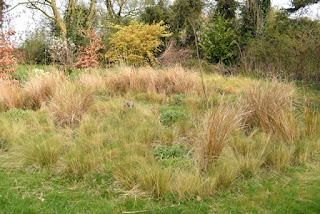 The Prairie Borders are post-hair-cut and so looking quite scrappy at the moment.  The Stipa tenuissima is growing quickly now and will soon resume its flowy best. 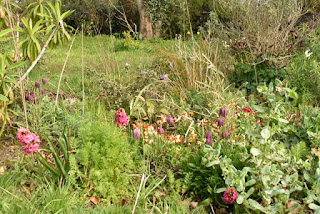 The Bog Garden has a pink of hyacinths and a purple of fritillaria meleagris lighting it up.  There is also a glaucus of self-seeded cerinthe which has romped around the garden this year in a very pleasing fashion. 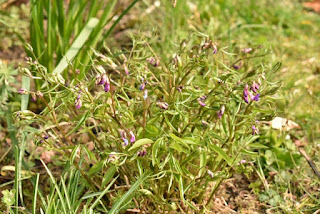 The lathyrus vernis in the Bog Garden has also seeded around a bit and is always a very welcome sight.  I usually just get to the point where I think it has disappeared when up it pops. 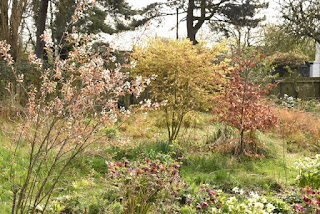 At the top of the Woodland Border/Bog Garden is the amelanchier which is more shrubby than treey due to a large tree branch falling on it some years ago.  It remains a favourite.  I like this view as it shows one of the Aldi acers which is currently doing very well and one of the beech pillars.  The Aldi acers must have been in the garden over ten years now and are maturing well.  They were unnamed bargains and are a total joy. 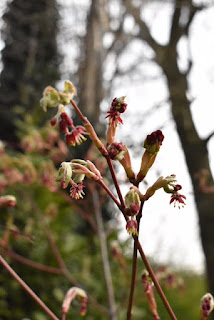 The other Aldi acer is starting to flower.  The little sparks of acer flowers are always a good sign of spring. 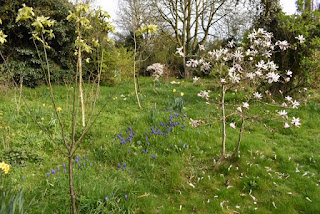 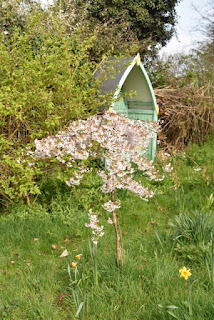 The Iford Cherry sulked for a couple of year but this year is spectacular. 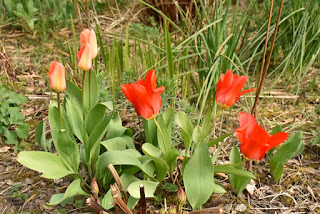 and the early tulips are starting to make an appearance. 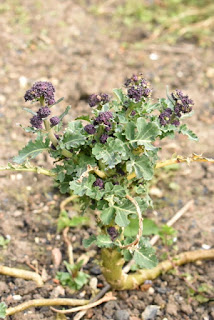 In the vegetable garden the slightly pathetic purple sprouting broccoli is starting to broccle. 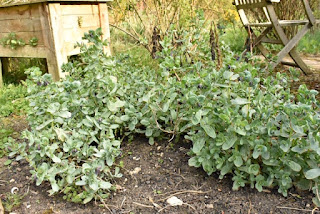 The self-seeded cerinthe that have swamped one of the vegetable beds are being left to flower as a reward for their boldness. 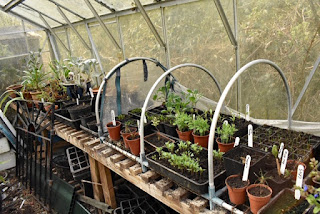 and the greenhouse is filling up with some early seed sowing and plant divisions. 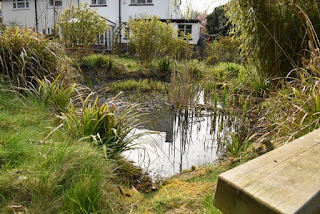 I finish as usual on the pond, which looks quite full, 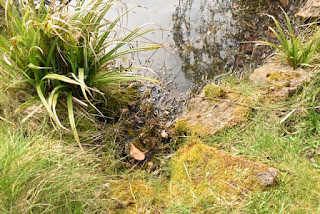 but it is not totally full and this remains a worry.  I have been watering pots recently and new plantings, we are still rather short of rain.  I do not want to be the voice of doom but if we have another drought this year it will hit us harder and faster than last year. 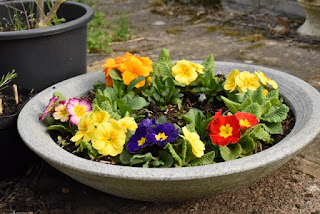 So to cheer up from that gloomy thought here is a bowl of primulas.

Thanks as ever to Helen for hosting this meme.
cypress tree End of month review End of month view Exochorda macrantha The Bride