A visit to Ashwood Nurseries to enjoy the hellebores

February 10, 2019
For several years now when it gets to hellebore time, people have said to me that I need to visit Ashwood Nurseries which is just the other side of Birmingham from me in Kingswinford.  I agree with them that I need to visit and say it is on the list.  The visit just never seemed to happen.  This year the conversations went as above but this year a plan was hatched.  Alongwith gardening chum we bought tickets for a nursery tour.  Now it was definite, the visit would happen. 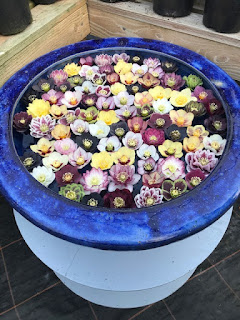 Kingswinford is about an hour and twenty minutes from home, so within reasonable bounds for a nursery worth visiting.  We arrived in time to have lunch at the most organised café I think I have ever visited.  I have to mention the staff and service in the café as there were a lot of visitors on this day but they made sure we were efficiently seated and served.  I had a very nice slice of quiche, all was good. 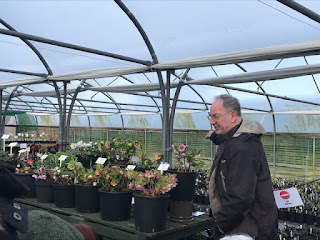 Then we set off for the tour.  The tour was led by Howard Drury of whom, it is fair to say, knows a thing or two about horticulture.  Howard presented a gardening programme on Central TV for more than ten years and now continues to share his knowledge through lectures and supporting Ashwood Nurseries. 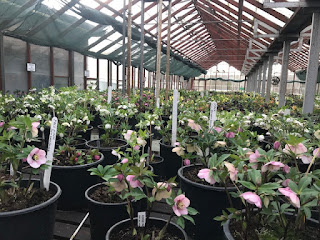 Talk about a kid in a sweetshop!  The glasshouses were packed with the hellebores that form the breeding programme they have here at Ashwood.  We were allowed to look but not touch as it would not be good if we had accidentally cross-pollinated in these controlled conditions.  They raise 10,000 seedlings per year and probably around 20 will make the grade to be bred on.  They sell the 'also-rans' in the nursery, more of that later. 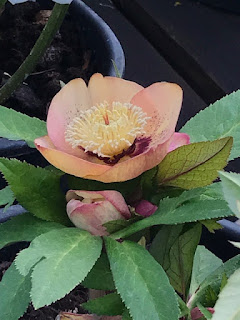 Howard shared lots of hellebore advice with us.  We were told that they like to grow under deciduous trees as they like the shade in the summer.  I thought about my hellebore-rich spring border under the Bramley tree and nodded in pretence of  'of course I knew that.....'  Hellebores also apparently like gentle slopes as it stops them getting too wet and the air flow prevents disease.  I should have mentioned that the glasshouses were well ventilated and I was very glad I had wrapped up warm for the day. 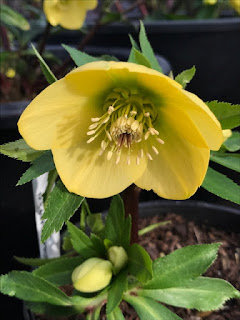 There was a quite a bit of discussion about the removal of the old foliage.  Howard advised that it was good to leave it on for as long as possible to enable the plant to gather as much nutrients as they can.  He said he usually removes the leaves late November/December and that leaving a couple of centimetres of stalk on the plant was also a good thing as it stopped die-back.  Again, I nodded in pretence of 'well of course I do that', and I do, because I never seem to get around to cutting the old leaves off and I am not tidy enough to remove the leaf completely.  Oh how my shoddy ways save me from time to time..... 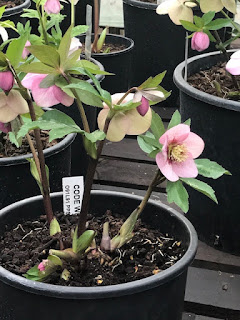 We walked around the plants, 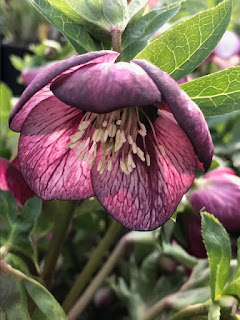 we admired and cooed. 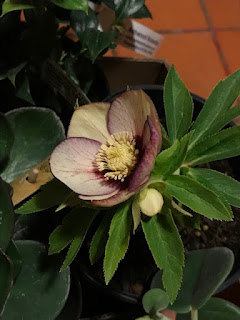 So many to look at, so many tiny differences to consider.

and then we were let loose to purchase what we may. 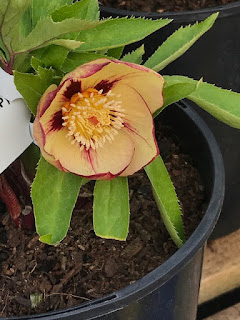 This little love came home with me.  It is one of the 'also-rans' as it is fair to say that these hellebores are not cheap.  On saying that, they take several years to get to flowering point before a decision of its flower can even begin.  If you had spent several years working on something and think of how much that costs then you would not give it away for pennies. 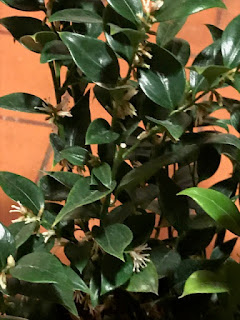 I also bought this Sarcoccoca Ruscifolia which I believe has red berries. It certainly has the powerful scent that you should expect from a Sarcoccoca. 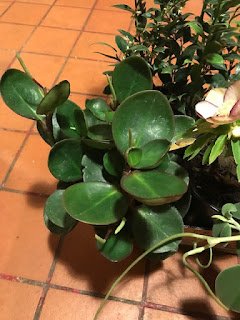 This Peperomia also came home with me.  More about peperomia in a future post, I appear to be getting a little obsessed with them.....

Anyhoo, it was a grand day out.  We talked, walked, laughed, ate cake and bought plants; good times are made like this.
Ashwood Nurseries hellebores. peperomia sarcoccoca ruscifolia