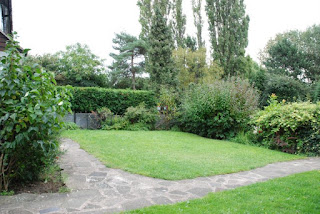 I declared this front garden boring and decided a knot garden was what it needed.  I sometimes wonder if I should have left well alone.  Yes it was dull, but the front garden seems to have been a constant battle I have never really won.  I could just have mown it once a fortnight, yet that was just not what I wanted to do. 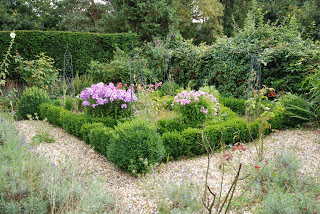 The garden was laid out as tiny box cuttings in the spring of 2008; by 2013 it looked like this.  Yes even then the lavender hedge was a bit sprawly but it had a lot to redeem itself with.  In the summer it was always alive with bees and butterflies and it was a joy to brush past as the scent would be released.  I did love the lavender edge. 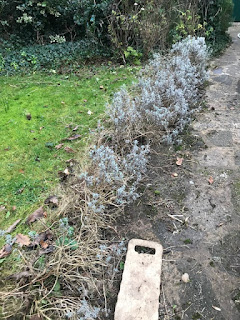 But then the lavender edge got old and sprawly.  I kept it pruned but it was long past its best.  So the other day I was weeding under the (out of shot) Magnolia tree and I started to weed along under the lavender edging.  This was going quite well, there has been no rain for a couple of days so the soil is quite friable and weeds were coming out relatively easily.  Then, the new year mood hit me, why was I persisting with this edging that was way past its best?  I have been thinking about removing it for far longer than is reasonable, a good couple of years.  My hesitation was not because I thought it could be redeemed, it was because I could not decide what to put in its place. 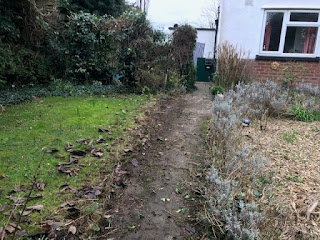 The muse was upon me, 'out with the old, in with the new' I declared to no-one in particular, and I dug up the first lavender bush.

Work commenced well and quite quickly.  Day 1 I removed the edge from the side lawn and then I weeded along to remove the weeds had invaded around the roots. 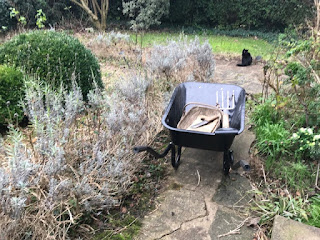 Day 2 was remove the edge from around the Knot Garden itself.  This edge is a couple of years older than the side lawn edge and so even more scrubby. 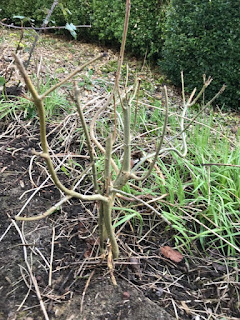 This is a prime example of the 'weeds' lurking in the edging.  Many small trees and also brambles.  It was a double-issue of the lavender getting old and the problem of weed removal that made the edging so problematic to me. 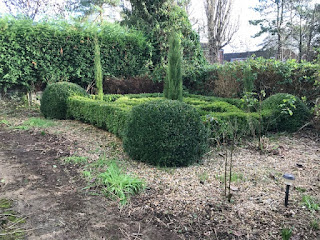 Whoomp! they were all removed. 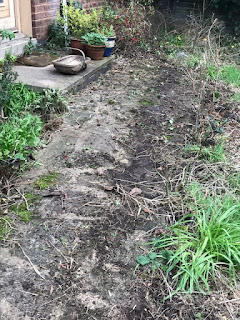 Look at how much path I have recovered!  It is twice as wide as it was.  I am sure delivery people will be very grateful. 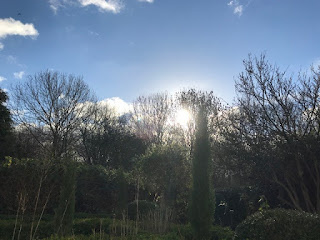 To celebrate my achievement the sun appeared, which was very welcome. 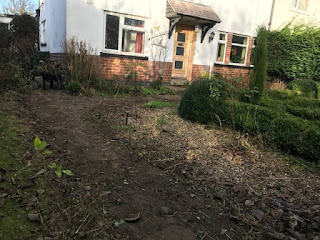 I am pleased with the results.  I saved one lavender plant right at the top of the side lawn, it will not replace all that the bees have lost but it is better than nothing.  I will ponder on this further as I am keen to support the bees. 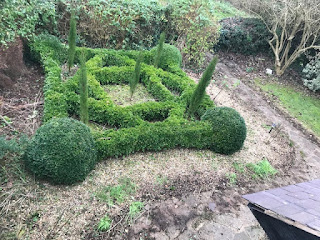 I did the check from the bedroom window, a very important check for me.  This helps me guage what it looks like from a distance and whether it is working or not.  I remain pleased with the results.

Hang on a minute I hear you say, you mentioned above that your delay was due to you not knowing what to put in its place, so what are you going to plant?

I still do not know.  I have a couple of possible ideas that are brewing gently, but I think I have to live with it for a while and work out what I want to do.  I always say the garden tells me what it wants me to do and so I am going to listen to it for inspiration.
Box hedging front garden Knot garden lavender edge