September 06, 2018
Earlier this year a friend pointed me in the direction of the Beth Chatto Symposium which was being held in honour of Beth Chatto with a theme of Ecological Planting in the 21st Century.  I did not think about it for very long before booking my place as it sounded an opportunity too good to miss, though I realised later I was not sure what I was expecting it to be like.  It was to be two days of lectures from world-renowned horticulturalists with a garden party held on the evening of day 1 at Beth Chatto's garden.  Two days of lectures might sound daunting, yet the time flew by as each one was so interesting. 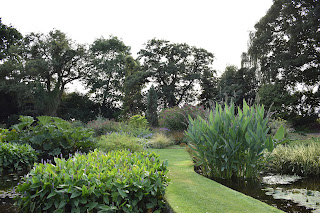 I am not going to describe all the lectures to you or all the speakers.  I believe that the lectures are going to archived onto the symposium website and if they are I would encourage you to find them. I scribbled lots of notes of what I need to look up and find out more about.  There was lots of circling of words and underlining and some googling to find out more as words and concepts new to me were dancing in the air around me. 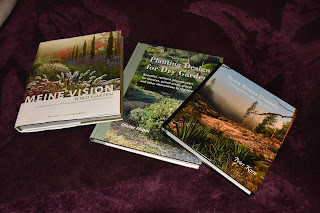 As ever when I attend such events, I seem to come away with some new books to absorb.  You might notice that one is in german: 'Mein Vision wird garten' by Peter Janke.  I do not speak/read German, but I was so interested in what he was saying that I decided I wanted the book more than my lack of knowledge of the German language mattered.  I reasoned that I would glean a fair amount, that the plant names I would understand, that there would be lots of pictures and if needs be there is always google translate.  Time will tell!

None of the books I bought are by UK based authors, which probably tells you what I found the most exciting about the two days.  It was the discussions about conditions I have no experience of and how gardening is affected and impacted upon that really set my mind alight.  I learned much from all the speakers and it is unfair to single out any for special mention, yet I am going to anyway.

Peter Korn's Garden is based in Sweden, the first page of the book has just one sentence "its the roots you should grow" and that does sum up really his attitude to growing.  It is about growing in hard conditions and how you nurture your plants to thrive.  Sand and grit is vital in this. In fact if you wanted me to tell you the recurring theme from the two days it is that sand is the answer.

Olivier Filippi's book 'Planting Design for Dry Gardens' is also about growing for your conditions.  What I found fascinating about Olivier's talk was that I probably would not have got so much out of it had we not have had a drought this year.  It's not that I was thinking that climate change is not having an impact, it is that I had never appreciated how much deciduous trees will defoliate in a drought and how different the garden has looked this year.  I had observed what survived well and the plants that struggled and this helped me identify with what Olivier was saying.

Dan Pearson and Midori Shintani talked about the Hokkaido Millennium Forest Project.  Dan designed the project and Midori is the Head Gardener.  There was so much to think about from these talks, just start from the point that they have a six month winter so the growing season is short.  Then layer onto that the Japanese concept of 72 seasons, yes more seasons than we divide our year up into weeks.  So so much to learn more about.  Unfortunately I could not find a book on this project which is a shame as I am unlikely to be able to visit yet I would love to know more about it. 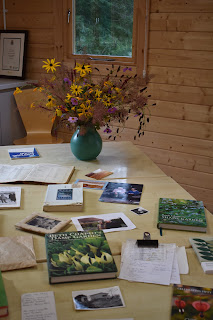 At the evening garden party there was a touching display celebrating the life of Beth Chatto who sadly died earlier this year. 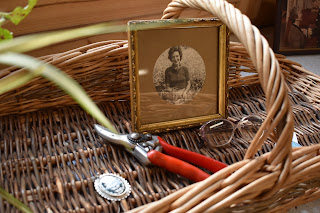 It was a very special couple of days, I know I will be working through a lot of what was said for some time to come.  I have to congratulate all involved as it was superbly constructed and well organised.  I really hope that they decide to do this again.
Beth Chatto Dan Pearson Midori Shintani Millennium Forest Olivier Filippe Peter Janke Peter Korn