An interlude at Hanbury Hall

August 05, 2018
There are few things I enjoy more than fitting a garden visit into a day when I was not expecting to be able to do so.  It was a delight to realise I was passing by Hanbury Hall around lunchtime and so I decided it would be a nice place to stop off for something to eat and a garden wander. 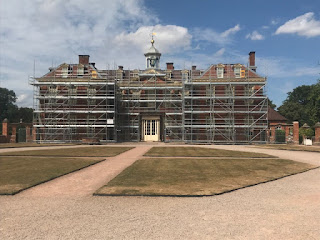 The house itself is currently going renovation, as it dates from around the early 1700s it is understandable that it needs some care and attention every now and again.  The Hall was the home of the Vernon Family until the early 1960s and then went into the ownership of the National Trust.  I did not have time to visit the house and anyway my main reason for going was to have a look around the gardens. 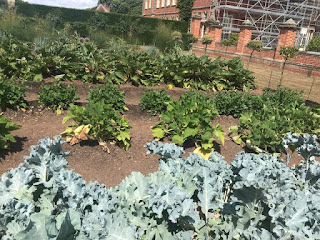 It was another baking hot day that has typified the summer this year so far.  The first part of the garden I found was a very neatly laid out vegetable plot.  You cannot see from this photograph but it was alive with cabbage white butterflies.  Now I know that the vegetable-growers amongst you will be shouting 'where's the netting!' There was no netting but there was a group of delighted little children pointing at the butterflies and loving the scene as was I. I found the donation of the cabbages to the butterflies completely forgivable. 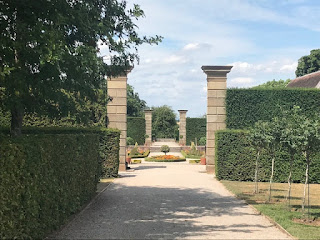 The formal gardens of Hanbury Hall have been restored to the design of George London, who admittedly I had not heard of before, but was a signficant landscape designer of the day. 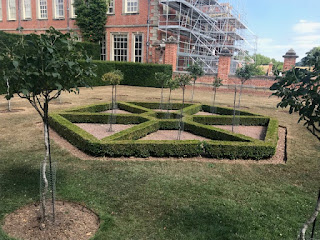 The formal gardens are wonderfully geometrically formal.  Like everywhere at the moment they show signs of struggling in the heat and drought. 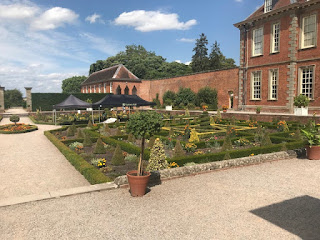 This is the main formal garden alongside the side elevation of the house. 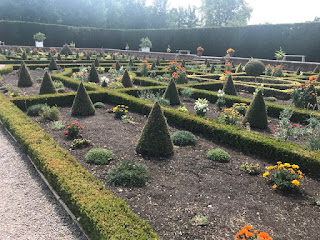 It is immaculately maintained.  There was a team of gardeners at work in one corner of the garden and their skills and attention to detail is obvious.  It was the style of this type of garden to have a lot of the soil on display.  It is so each plant can be admired individually. 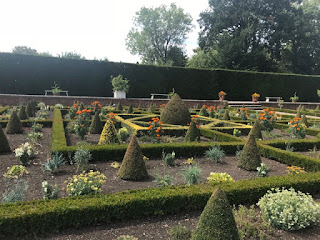 Look at how crisp the box hedging and pyramids are. 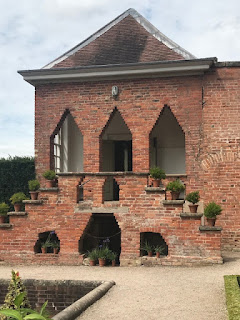 This building overlooks the formal garden.  It also displays the same symmetry and works perfectly with the garden. 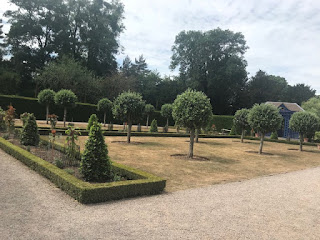 Moving on there is more symmetry and more topiarised trees.  I love trees being allowed to grow in their natural shapes, nothing is more beautiful than nature, but I am also very fond of lollipop trees. 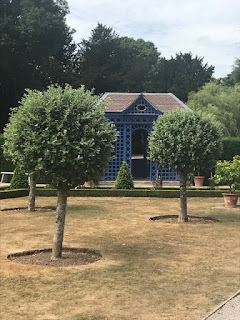 I feel I need some lollipop trees in my garden.  I don't know where, I don't know what type of tree, but I feel this is going to have to happen somehow. 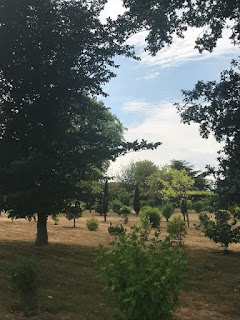 This is the wilderness area.  It is the most orderly and symmetrical wilderness I have ever seen.  It is clearly relatively newly planted so it does not look like it should just yet.  The notion of creating a wilderness is in itself a contradiction as to start to plant one will never create one.  By the same token my own Wild Garden is not really wild at all. Yet I love the idea of planting a wilderness especially as a contrast to the precise symmetry that is going on just the other side of the hedge.  It creates balance. 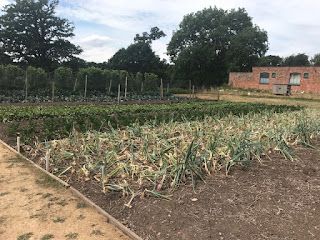 I found my way to the Walled Garden, which is not the biggest walled garden I have ever seen but it is being used effectively to grow vegetables and cut flowers. 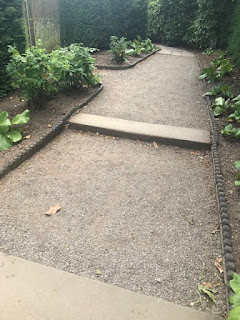 I then got entranced by a path.  I love the 'rope edge' tiles that line the path.  Again they are something I would love to include somewhere in the garden but there is nowhere that is suitable I can think of at the moment, unless...... 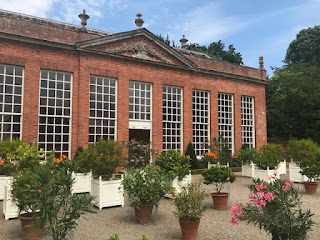 The path leads around to the Orangery, which reminded me a lot of the Orangery at Calke Abbey, I imagine they are of a similar age.  I really liked the containers in rows at the front of the Orangery, again this is a way of ensuring that each precious specimen is enjoyed and admired individually.  If you have paid a lot of money for a new rare plant you want everyone to know about it.  You do not want it to be missed in a multitude of general planting. 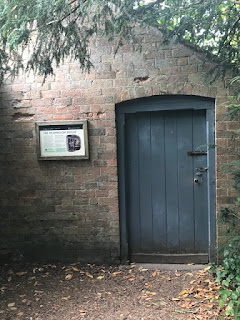 and around the back of the Orangery is the Mushroom House.  I do not think I have ever seen a Mushroom House before, what a great thing it would be to have one. 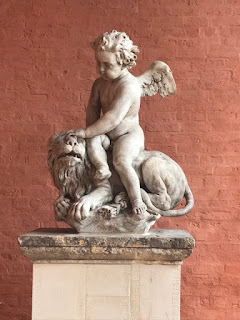 I found my visit to Hanbury Hall really interesting.  It was fascinating to walk around a recreated historical landscape, I think it is very important that such places still exist.  They help inform us as to how we have the gardens we have now and also still provide inspiration that we can use today.
Hanbury Hall National Trust William and Mary