June 28, 2018
Back in April I bought myself a day at Woburn Abbey for their Humphrey Repton Study Day.  I had the most wonderful day and decided that Woburn was rather a special place. I was therefore delighted when they asked me to be their guest at their Garden Show which took place on the 23rd/24th June.  I had not been to this garden show before so I was very excited to see what it was like. 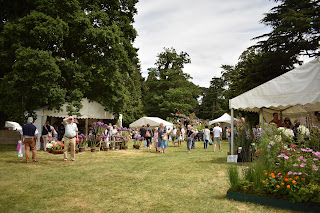 I had been told that the show has had a makeover under the guidance of Stephen Bennett, the former RHS Show Director.  The first thing that struck me as  I walked into the show was just how big it was.  There were many stalls and things to see but all really well spaced out so that it did not feel crowded or too close together.  There was much to see: such as the NSPCC Gift Hall, which helped raise funds for the NSPCC, the artisan food hall, the garden ephemera and furniture and the plant stalls.  What was clear about all these areas was that they were all of high quality.  Virtually every stand had the ability to make me stand in front of it and go 'oooh'.

There was also the grand stage in the centre of the main lawn where the free talks from Adam Frost and Pippa Greenwood were taking place. 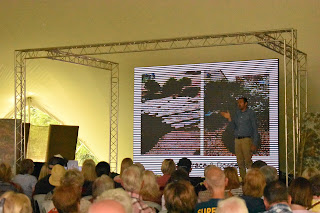 The best thing about this kind of talk is that you can wander in and out of the tent as you please.  You do not have to commit, but if you linger for a second to listen what is being said then you are hooked and will stay - that is for certain. 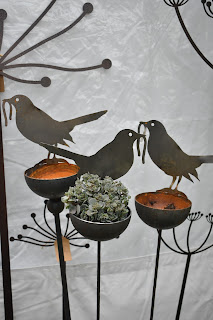 Wandering around there are so many things that demanded my attention. 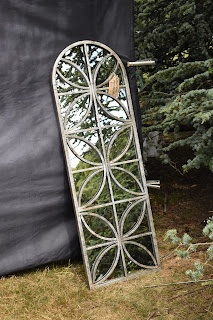 I spent quite a while in front of this mirror as it was a thing of beauty. 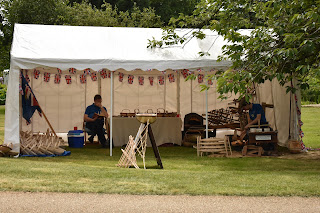 On this stand they were making and selling traditional Sussex trugs. 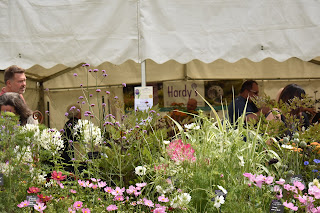 As you might expect I spent quite a lot of time looking at the plant stands.  It is always a joy to see Hardys Cottage Garden Plants at a show, it always makes me feel it must be a good show if they are there. 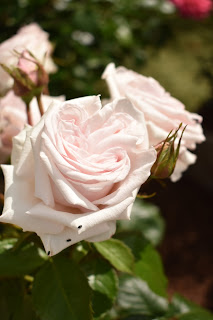 The Harkness roses stand also grabbed my attention for quite a while.  This is Belmonte.  I loved the colour and form of it and it had great scent.  It looks like it is made of rose flavoured meringue. 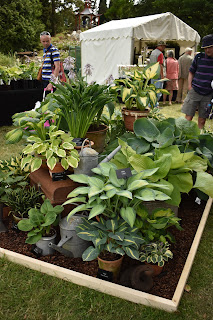 I might have paused over-long at the hosta stand. 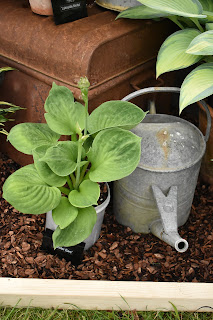 I need to buy Mouse-ears (the plant, not Mickey Mouse ears.....) I nearly did, but they had all gone from the stall.  If it was like when I saw them at Chatsworth they were just flying off the stand there.  Maybe next time I see one I will buy it. 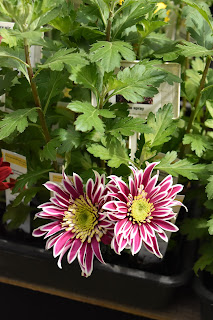 and these chrysanthemums really caught my eye too.  Jazzy or what! 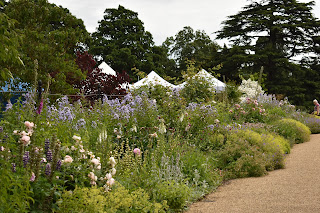 The crucial part of  the joy of the fair is also of course its setting. The gardens and grounds at Woburn are very special. 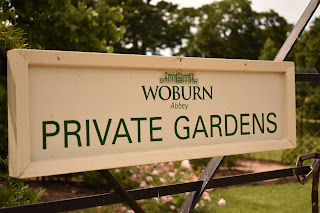 The Garden Show provides a rare occasion to visit the private gardens at Woburn.  These are usually not open to the public. 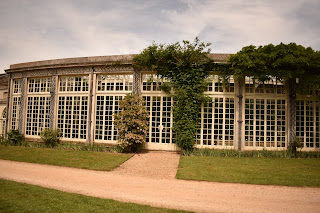 So you can admire the camellia house, 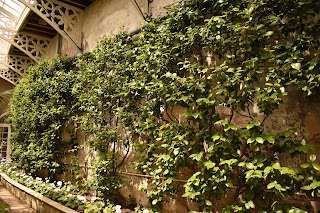 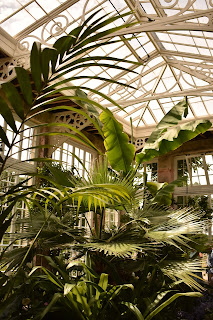 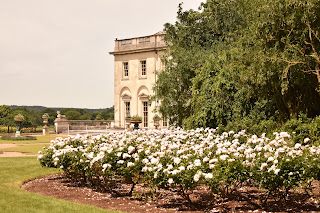 Roses play a huge part in the gardens. 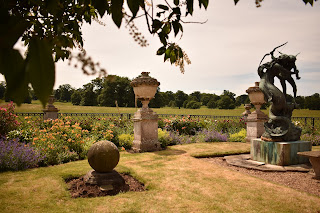 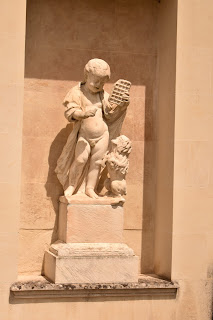 I loved this  'boy tormenting a dog with a waffle' statue (it might not be a waffle.....)

Of course there were purchases.  Regular readers will know that I have been limiting my plant purchases recently so whilst I was very tempted to buy plants...... 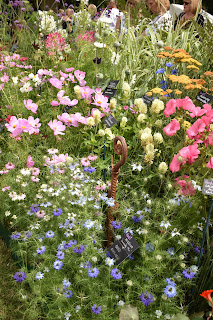 very tempted.... I resisted and instead bought.... 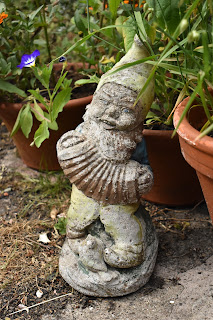 .....this little chap.  He called out to me and insisted on being bought. 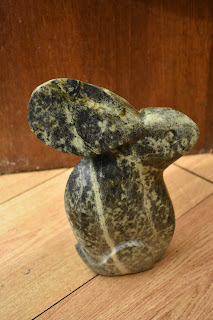 This rabbit also insisted on being bought.  I have admired these hand carved sculptures for years at various garden shows.   I often look at them and this time this bunny was on offer and demanded to go home with me.  Which in turn made me a happy bunny (see what I did there).

I had the most wonderful day at the show.  The weather was a perfect sunny warm day, but not too hot.  There were lots of people there yet the grounds are so large that they absorb them well and so you do not feel crowded at all.  It has to have been one of the most relaxed garden shows I have ever been to. It had the happiest of vibes.  This has now become my favourite garden show, yes - I have said it- it was that good.  I will definitely be going back again next year.
African Carved stone gnome Woburn Abbey Woburn Abbey Garden Show