April 19, 2018
A few weeks ago you may recall that I ran a competition to win two tickets to the new Ascot Spring Garden Show.  I was very excited to be going to the show and even though this spring has been so cold and wet, I was hopeful that the weather would clear in time for the show.  I cannot say it was the sunniest day when I went, but it was warmer than usual and the rain kindly held off. 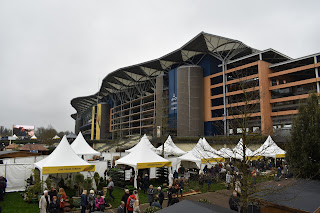 The show was nestled in the large area in front (or is it behind) the main stand.  I have never been to Ascot before and it is quite a while since I have been to any racecourse so just to be here at Ascot was rather exciting.

The show has been designed and planned by Stephen Bennett, who is the former shows director at the RHS.  He has overseen Chelsea Flower Show and other RHS shows previously, so the credentials for the show are good.  The show featured six show gardens and a host of extremely good nursery stands and related gardening products.  There was also a series of talks taking place over the three days of the show.  This was all aimed to attract a diverse gardening audience and I think the show had enough variety on offer to do this. 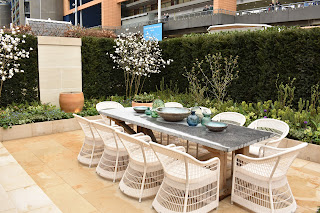 The show gardens were impressive and I shall just give a taste of some of them here.  The shows stood out compared to the show gardens I usually see at other garden shows as being that little bit earlier in the season they could take full advantage of the early season by featuring magnolias and cherry blossom.  It was so lovely to see them being used to such great effect.

This is The Courtyard designed by Joe Perkins. 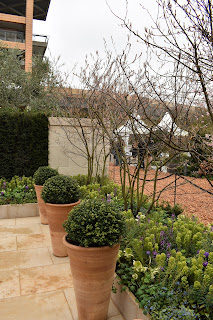 I thought it was immaculately planted. 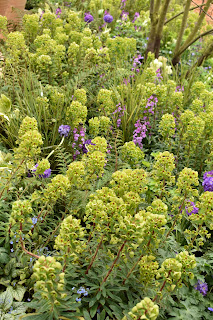 It was one of those 'take a closer look' moments. 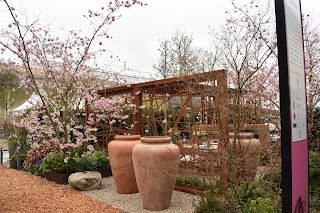 The cherry blossom is part of A Garden for all Seasons designed by Kate Gould.

The Landform Spring Garden was designed by Catherine MacDonald. 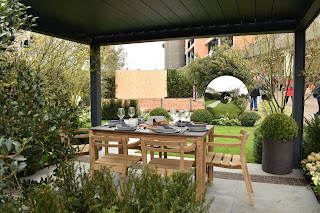 The David Harber sculpture set off the garden brilliantly. 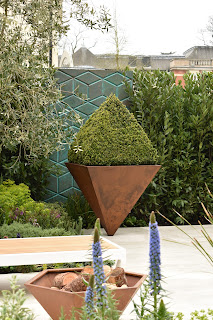 All the gardens were extremely well executed.  The details worked well, just look at this amazing planter on the 'On Point' garden designed by Tom Hill. 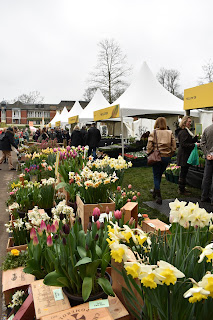 After inspecting the Show Gardens then it was time to peruse the stalls. 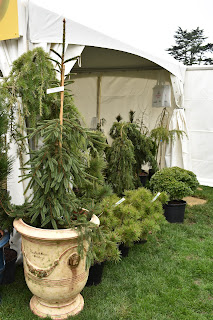 They were many and varied.  You moved from daffodils and spring bulbs, to conifers, 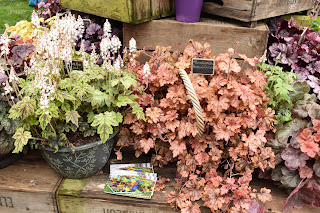 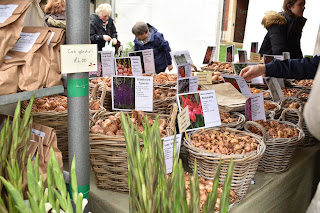 I loved this specialist gladioli stall that had its own form of pick and mix. 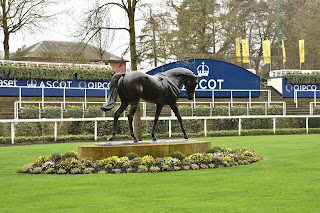 As I walked around I looked into the Parade Ring, 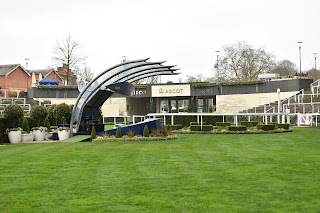 and the presentation podium.  You could not forget that you were in the heart of one of the most famous racecourses in the country.

Did I buy anything I hear you ask?  Well yes I did make a purchase or three. 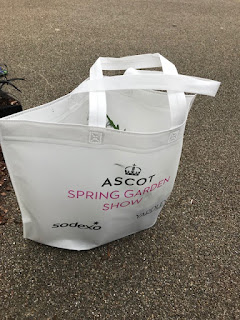 When you made a purchase you were given what I can only describe as a posh bag.  The posh bag had a good function, it was not plastic and you could fit several plants into it.  So  I did. 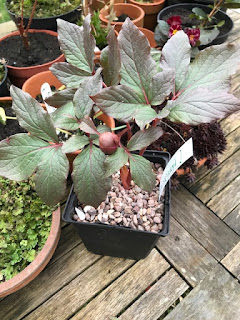 Firstly this Paeonia cambessidesii jumped into the bag.  It was such a healthy looking plant with a good big flower bud on it. 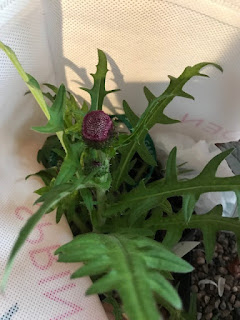 Next this Cirsium rivulare flew into the bag.  I love this plant and until recently had several in the garden.  They all appear to have died in the last year, not sure why, but I have gone from several to none almost overnight. 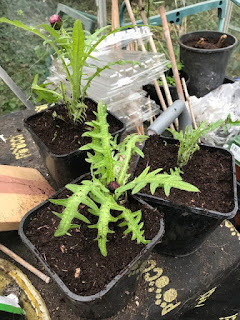 I chose carefully, when I got home I split the plant into three. It is now sitting in the greenhouse recovering and developing new roots. 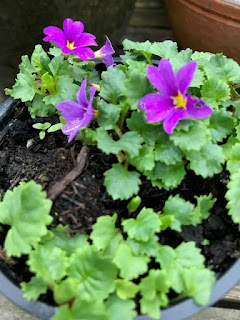 Next to insist on being bought was this Primula Juliae.  Isn't it just adorable? 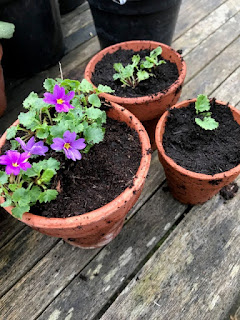 isn't it just shouting to be divided into more plants?  Yes, yes it was. 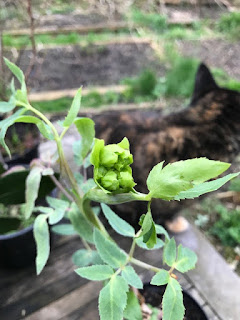 the Mathiasella bupleroides 'Green Dream' which I bought from Hardys Cottage Garden Plants, one of my favourite nurseries.  Apparently this plant needs to be pollinated by Mexican moths, I think we can safely say that is not going to happen any time soon.

I drove home very happily after having such a good day.  I had met up with some other garden blogging chums and we had a jolly time.  Now I am looking forward to next year, the dates have already been announced - April 12th-14th 2019.  I shall definitely be there.
Ascot Garden Show Ascot Spring Garden Show Hardys