An afternoon at Colesbourne Park

March 07, 2018
It seems to me that if you spend any amount of time looking for snowdrop gardens to visit, it will not take long before Colesbourne Park will be mentioned.  It has been called 'England's greatest snowdrop garden', so I knew I would have to go and see for myself.

Colesbourne Park is about one and a half hours from where I live.  I had originally decided to go a week later than I actually went.  I had a spur of the moment, 'I'm going to Colesbourne today' moment; which was lucky as if I had waited the snow and weather conditions has led to the garden being closed for my original chosen weekend (3/4 March). 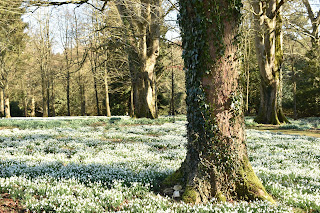 The day I chose to go the sun was shining.  The wind had a cold edge to it, but I went scarfed and hatted and also packed a flask of tea. 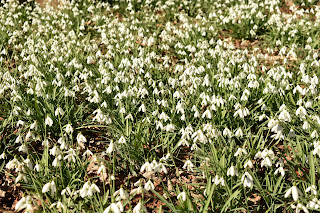 There are a lot of snowdrops.  Colesbourne has been the home of the Elwes family since 1879.  Snowdrops have been there from the start as Henry John Elwes started collecting them some years before.  The current members of the family living there have continued and added to this collection.  If you buy snowdrops you will most likely recognise the name Elwes as several cultivars share variations of that name. 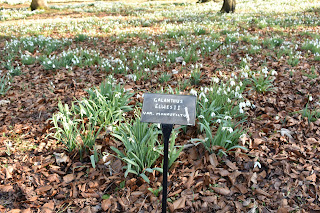 Most well known are probably Elwessi, there are labelled clumps throughout the garden. 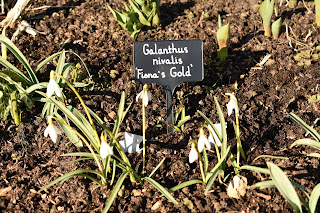 As you move through the garden there is a large collection of different types to study. 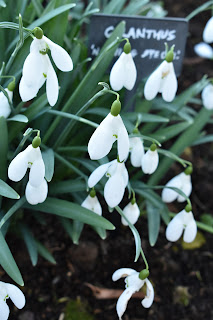 This one is called 'Nothing Special', how rude!  it looks a fine snowdrop to me. 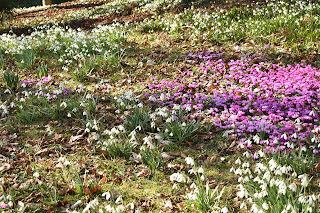 There are great drifts of snowdrops and also other spring flowers such as this blush of cyclamen coum. 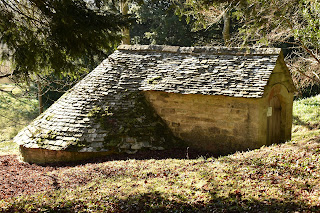 I do like a good ice house, they are such great reminders of how our modern lives are different from generations not that long gone. 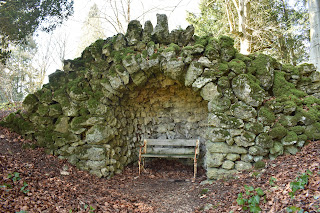 I found a nice bench to stop and take stock of my surroundings, and to have some tea. 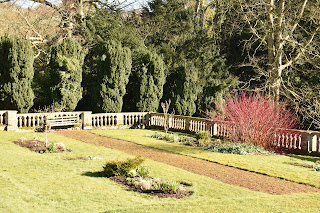 Around the house there are some formal plantings, but most of the ten acres is parkland. 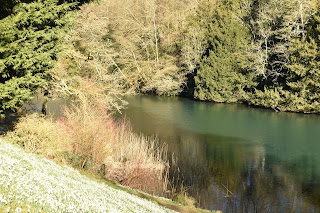 There is a very nice lake-side walk, with slopes of snowdrops making their way towards the water (or away from it). 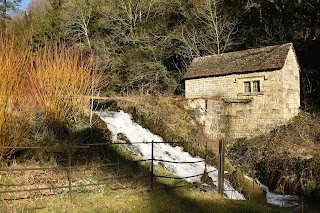 There is also this waterfall, which was sparkling next to the winter stems shining in the sun. 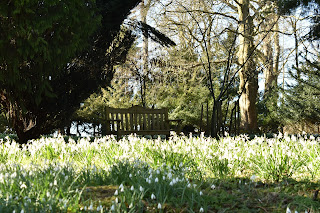 When walking along the lower lakeside path you could look up easily to admire the snowdrops. 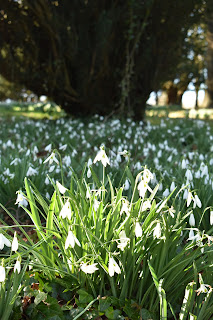 The sun does make them shine. 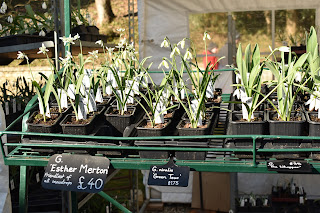 There was also a stall selling snowdrops, from the quite easily available to the very expensive rare varieties. 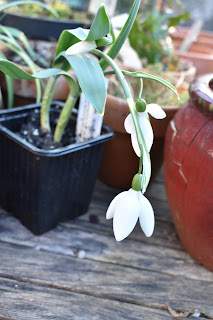 The rather delightful and not hugely expensive (no where near expensive in relation to some of the prices) Alison Hilary had to be purchased.  She will be found a place in the garden soon, with a label so I can remember which one she is. 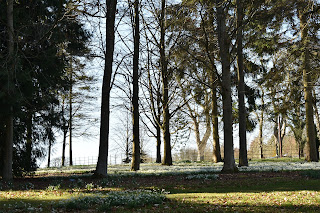 I had the most wonderful afternoon and I was glad I made the journey to get there.  It is a great snowdrop garden.  If you are a collector it is a must-visit place, not only to buy rare snowdrops but also to walk the paths that the Elwes walk/ed.