November 02, 2017
This year has flown by so it is quite astonishing that October has been and gone in a blink of a blinky eye.  It was a month that also involved some weather, at times being quite mild, at other times rather stormy and then finishing abruptly with a sharp frost. 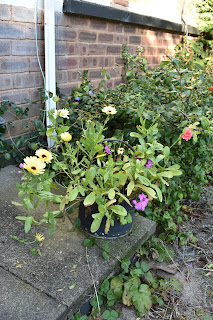 The longer nights are now upon us and the clocks have gone back so I thought for this review I would focus on colour.  What brightness there is has to be treasured as winter wraps its dark cape around us.  On the doorstep the coal bucket is still a brightness of marigolds and pelagoniums. 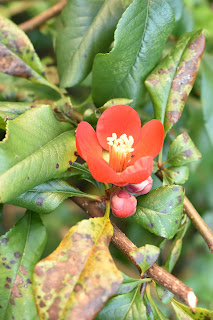 Just behind the coal bucket is the quince hedge, the chaenomeles is either flowering late or early, either way it is having a little flower to itself. 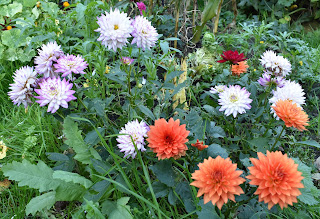 In the back garden the dahlias are still flowering superbly.  They are like a  riot of blousey barmaids (do blousey barmaids still exist or did they fade away when Bet Lynch left the Rovers?). 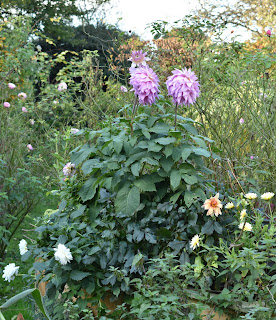 In the vegetable garden, everywhere I turn there is colour. 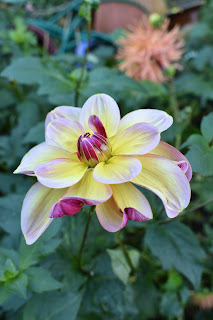 The different shapes and forms of dahlias has to make them one of the most versatile flowers I grow. 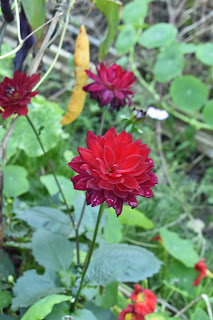 So you will have to forgive my indulging myself in giving them their last blast of glory as the frost signals their time has come to an end. 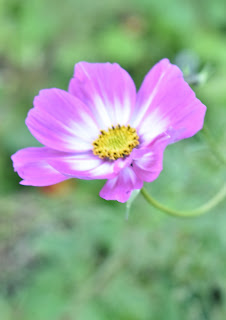 and not all flowers are dahlias.  The Cosmos has been wonderful this year as well. 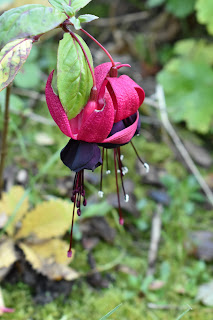 This superb fuchsia has very lately come into flower.  I love the white pollen gloving the stamens. 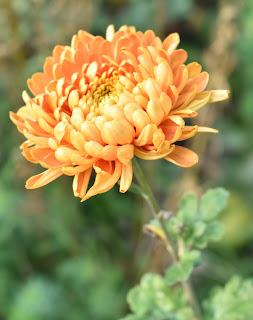 The chrysanthemums are also reaching their brief, late but welcome, peak. 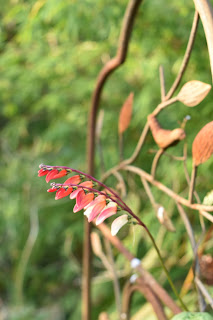 and the Mina lobata is signalling its presence. 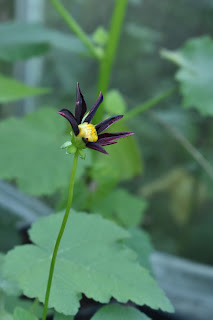 Very excitedly, this small Verone's Obsidian Dahlia is a flower of a cutting I took when I bought this plant only a few weeks ago.  I knew it was late to be taking cuttings but it is always worth a go.  I just need to keep it frost free through the winter to give it a chance of surviving. 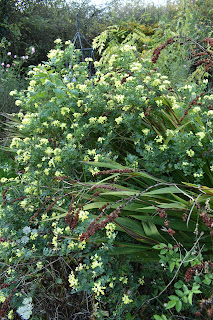 The Coronilla valentina subsp Glauca Citrina (short snappy name), is not only still flowering as I think it does for around eleven months of the year, it is also scenting this corner of the garden. 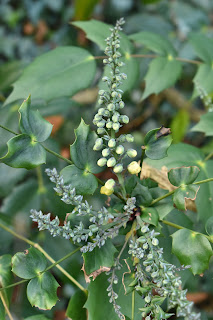 The mahonia at the top of the garden will also soon be sharing its scent.  This shrub looked a bit poorly last year so I cut it back quite hard.  It seems to have responded quite well, its probably terrified in case I do it again. 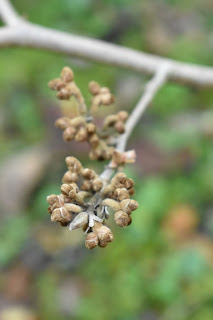 The only thing nearly as good as flowers is the promise of flowers.  The hamamelis is budding up. 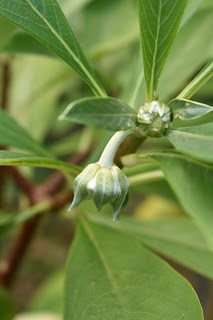 and the edgeworthia, which is now really quite a substantial shrub, it also covered in buds.  I hope that every year it gets more mature the more chance it has of getting through hard winter, and I also hope we do not have a hard winter to test this theory out. 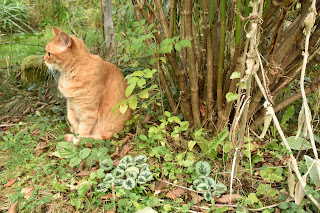 His gingerness is guarding the cyclamen coum foliage which is just starting to emerge.  The promise of spring flowers is worth keeping an eye on. 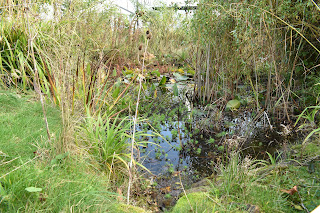 Whilst not in flower, I always end on the pond as it is now a tradition.  It is not completely full despite the recent rains but it is not far off. 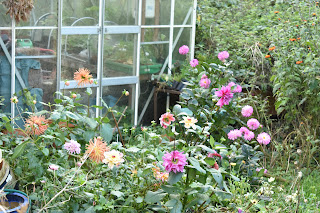 But really I just want one last look at my dahlias.