The end of Summer

October 15, 2017
Summer has been a flibbertigibbet this year, here for a while, gone for a while; back for a short burst and then disappearing again.  As we reach mid-October, when autumn should be really getting into gear and the fear of first frosts is feeling reasonable: out comes summer again for one final hurrah. 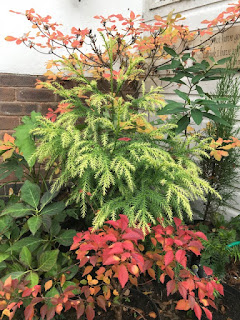 The rich colours of autumn are taking hold.  The deep red of the Prunus Kojo no mai is a delight.  This one is particularly a delight as it was a) a gift from a good friend and b) still alive.  I have managed to own and kill a few of these trees and I had given up with them due to my 'three strikes and your out' rule.  To see it live through nearly a full year and have such vivid autumnal hues is just sheer pleasure. 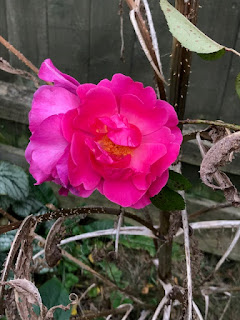 Elsewhere in the garden the roses are still flowering, the always favourite 'Sir Clough', 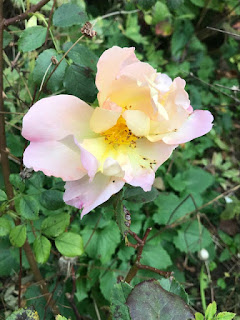 The Fighting Temeraire which has flowered for months this year.  I bought three of these rose bushes and they are maturing well. 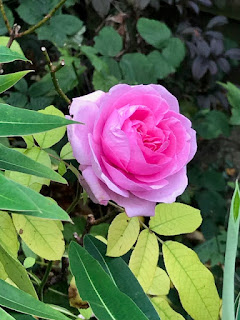 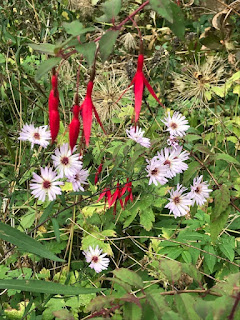 The asters and the fuchsias are still giving good colour, 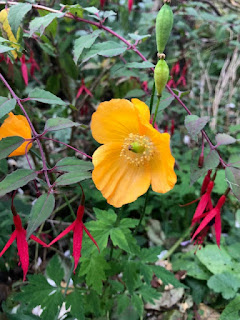 and the odd welsh poppy still flowers.  The fuchsias are doing what they do best by threading themselves in and around other plants.  This fuchsia is a magellanica, it is the Manx fuchsia where there are hedges of it all around the island.  It is tough as old boots and has a great arching habit. 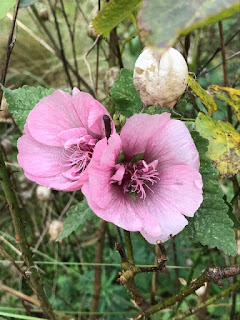 This hollyhock started flowering late but is now flowering well. 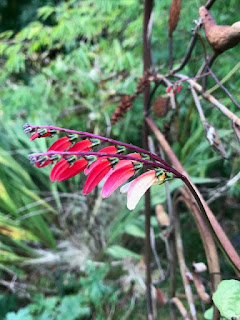 and the Mina lobata has been so late this year I thought it would never flower.  It is a cliche to liken it to flames.......... it looks like flames. 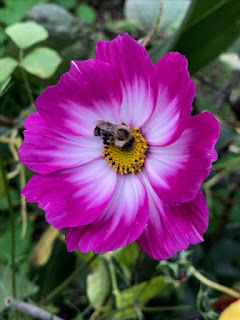 Best of all the mild weather means that the bees are still plentiful, 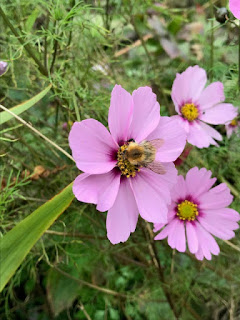 they love the open flowers of the cosmos, which have been the best I have seen them for years this year.

This is all good and on such a warm day as today I am enjoying the mildness of the weather; yet I know it is this mild because it is related to the storm that is on its way.  The warm air is being pushed ahead of the gale-force winds we have been warned of.  This storm is declaring a definite end to summer.
fuchsia magellenica Manx fuchsia Prunus Kojo-no-mai Rose Fighting Temeraire Rose Sir Clough welsh poppy