September 17, 2017
Every year, usually in September, I give the lawns their first full cut of the year.  For most of the year I allow the Wild Garden to grow wildly and I mow paths through it.  Then at that moment, when the wind changes and the air starts to feel like Autumn, I know the time is right for the big cut. 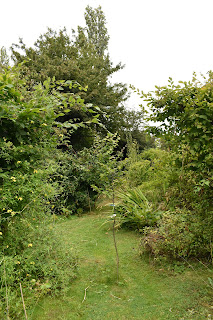 One of things I like about the Wild Garden is that you cannot really see it until you are quite close.  The mowed formal lawns lead up towards it, with the Exotic Border on the left.  The pleached hornbeams create the boundary between the near and far of the garden. 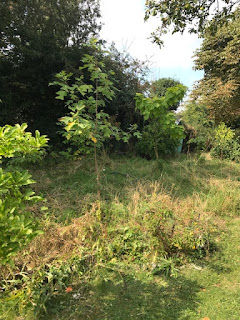 I also like that each year the Wild Garden has a slightly different character.  Some years it seems to be mainly nettles, some years there are many thistles, this year there was a lot of ragwort.  The insects and wildlife love the Wild Garden.  It buzzes and hums with life.  It is usually full of moths and butterflies, bees and hoverflies. 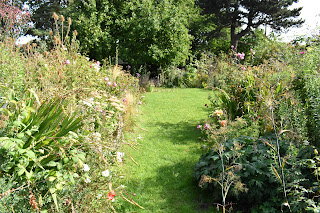 Step one of the big mow weekend this year started on Friday after work.  I rushed home and mowed all the formal lawns.  This usually takes around an hour to do, depending on how long I have allowed the grass to grow.

Actually before Step 1 there is Step 0 which is the scything of the Wild Garden.  This tends to happen a few days before the actual mow.  Partly to pace myself, partly to let wildlife leave the area before the mower is deployed.  I use an Austrian scythe which I have had for several years now and it cuts down the weeds and long grasses effectively.  It makes the remainder at a reasonable length for the mower to tackle.  So, scythed and formal lawns completed this meant that next there would be mowing. 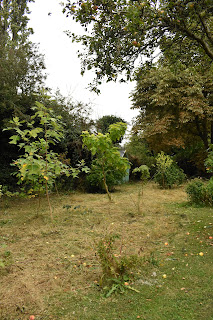 About an hour later and the mowing is complete.  It has only had a high cut so far and I will mow it again  probably this weekend with a slightly lower cut. 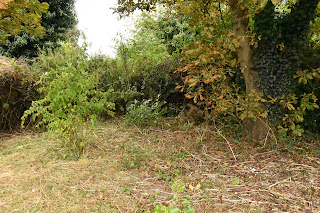 The Big Mow changes the character of the garden for the autumn and winter months.  It makes it feel more open.  Suddenly the boundaries and corners reappear. 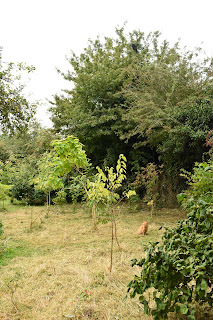 The trees in the Wild Garden also become more distinct.  They seem to stand taller and in reality they are getting taller, a little bit every year.  Some have been in the garden quite a few years now and suddenly they seem to be like real trees.  This is rather exciting. 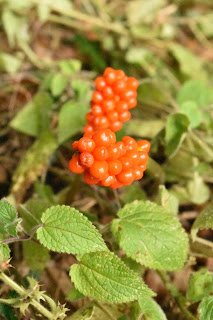 I also uncover and carefully mow around the jewels that appear in the garden.  These beautiful red berries of the Lords and Ladies (Arum maculatum). 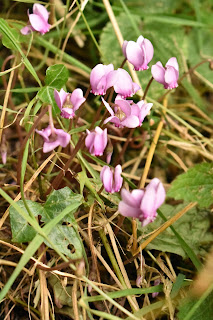 The timing of the Big Mow also enables the pink cyclamen to be admired.

At some point soon I will sow some more yellow rattle seeds.  I have been sowing it for a couple of years now and whilst it does self-seed I like to give it a hand as I am trying to increase the amount I have.  The Wild Garden remains an important part of the garden.  It does reduce a little year on year as I cultivate a new area or think of a change I want to make, but I cannot imagine it will all disappear.  Certainly for now, long may it last.
arum maculatum Austrian scythe cyclamen The Wild Garden