Recently I went to my first Glee show at Birmingham NEC.  Now I have to say that try as I might I cannot find out why it is called Glee, its does not appear to be an acronym, but as it made me very happy so I think it is more description than a title.  Glee is the huge event where people go to show their products in the hope that retailers will want to market them.  It is not open to the general public, so I was lucky to be allowed in as a garden blogger.

Understandably then, it was one of those days when I set off not knowing what I was going to expect.  I had been sent the leaflet and floor plan a few days before attending and that told me to expect large. 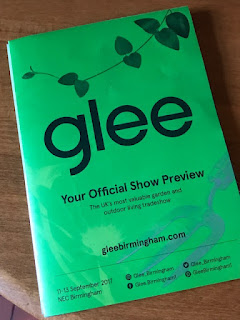 This was extremely useful and I spent the evening before the day I was attending doing my homework. 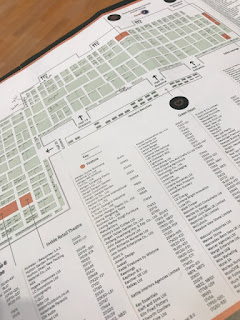 One scribbled on plan later and I was ready for the big day.

Except I am not sure I was ready as there were three enormous halls at the NEC full to bursting with so many interesting stands.  The show says it is the world's number one pet, leisure and garden event and I made sure I was there for opening time so that I had plenty of time to explore it properly.  There was much to explore. 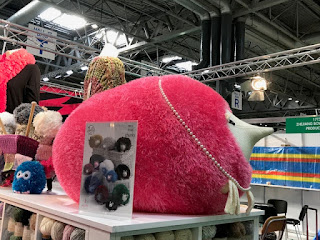 Stands competed to catch the eye as they want their products to be featuring in retail outlets nationally and internationally.  King Cole's pink hedgehog caught my eye. 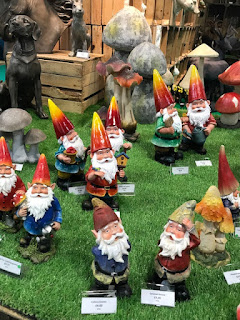 as did this gaggle of gnomes, or is a hive, or a bothering?

Now here is a clever thing that I saw, this is a pack of sunflower seeds from SeedCell. 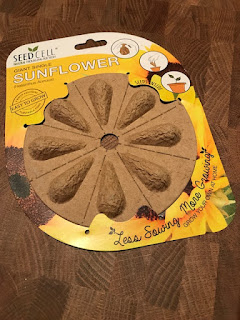 You tear the disk into its segments and plant them in compost, add water and they have everything they need to give them the best chance to grow. 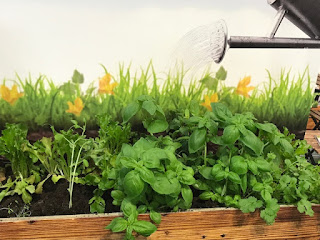 The company is family-run by two brothers and is based in the UK.  All the components that they use are sourced from the UK and everything is biodegradable.  What is not to love!  They have a variety of seeds on offer including, cucumbers and grow your own pizza herbs.

Moving on I arrived at the Burgon and Ball stand.  I love these decorative vases and pots.  The cactii vases particularly caught my eye as did the hanging pots. 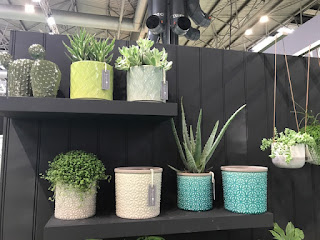 The Wonder Weed Puller is a new product that won an award at the show.  I was allowed a little play with one and it is simple, light and looked like it should work. 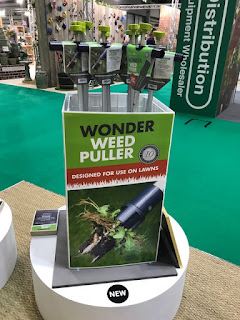 There are three prongs that you stab into the ground around the weed, you twist and pull and the weed pops out in a little plug of earth.

The wandering continued, I spent maybe a little too long thinking about twine, 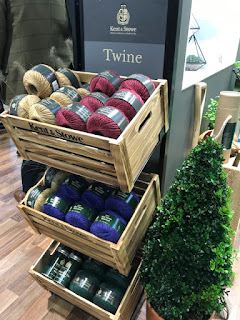 I might also have considered brushes and boot jacks for longer than many others would. 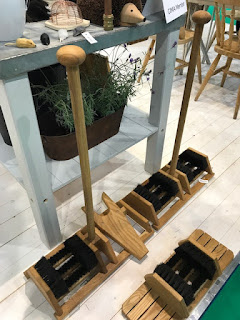 and this rain poncho from EcoChic had poppies on it and packs up really small, ideal for garden visiting. 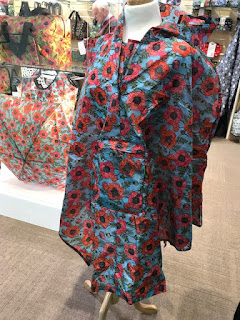 and then I found the crocodiles... 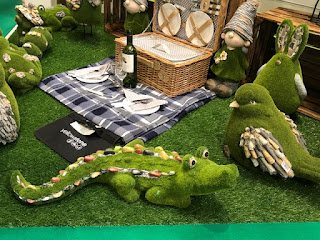 ---and other turf-friends having a picnic. 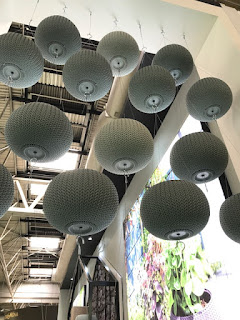 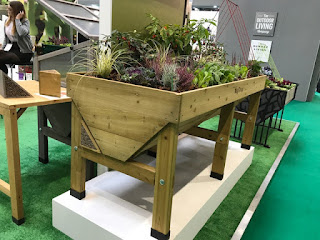 I also stood and admired Veg Trugs for a while, I loved the detail of the triangular bug hotel fitted into the frame, you can see it if you look carefully.  What a great detail. 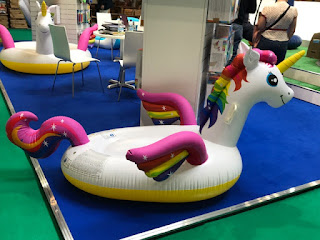 I then got distracted by a floating unicorn, as you do.... 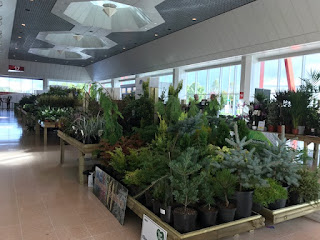 ... before moving on to look at plants, yes there were plants there too. 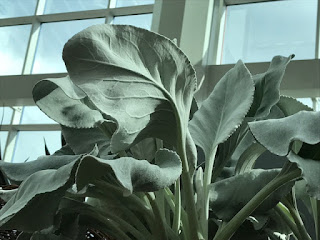 This Senecio Angel Wings from Wyevale Nurseries also won an award at the show.  It really is the most magnificent plant.  It is probably best that I could not reach up and touch it as it has leaves just begging to be stroked.  The plant is meant to be fine for growing indoors or out which I think makes it a prime candidate for my exotic border.  I am going to be looking out for this plant to buy one.

I also had some very interesting talks with various stands and you can expect to see some product reviews over the next few weeks as a result.  I am now looking forward to next year.  I have to thank Glee Birmingham and HornbyWhitefoot PR for enabling my visit.
Burgon & Ball Glee Birmingham SeedCell Stewart Garden Trade Show Veg Trugs