Pelagoniums, ivies and ferns: it must be Fibrex Nurseries

August 16, 2017
Recently the All Horts group arranged a day out at Fibrex Nurseries.  This nursery has been on my 'must visit' list for some time and so it felt like destiny was giving me a push in the right direction.  The right direction turns about to be relatively close to Stratford upon Avon and around one hour from home.  It was then further planned that we would move on to Hidcote which is around 10 minutes away.  This sounded like a fine day out to me so I agreed to go. 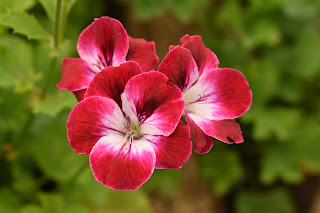 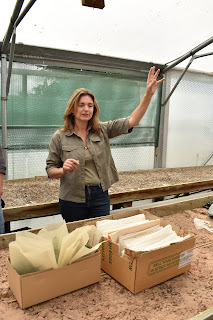 Heather was our guide for the day and we started off being talked through fern propagation.  Sadly fern spores are now well understood and the Victorian belief that fern flowers and seeds were invisible is now known to be unfounded.  This is sort of a shame as it was believed that if you ate the invisible seeds they would make you invisible, hence the amount of fairies living in ferny dells.  I decided not to tell the fairies that spores are a known thing, one wouldn't wish to disappoint them or make them vacate the bottom of the garden. 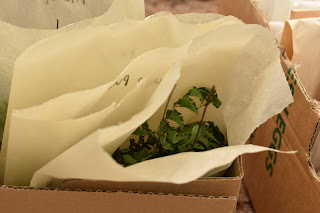 The fern spore collection process is just getting started. 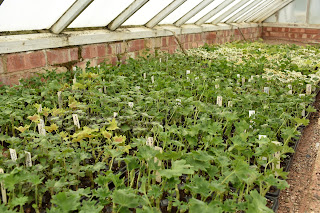 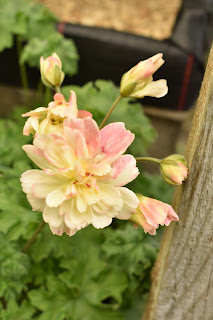 We spent a lot of time admiring the pelagoniums.  This is a zonartic pelagonium which is a new kind of pelagonium and the product of decades of cross-breeding.  They come in a range of yellows and creams and pinks.  These will be available to order soon. 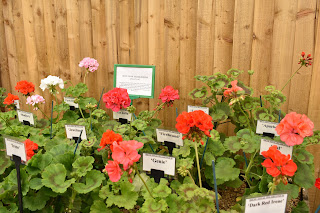 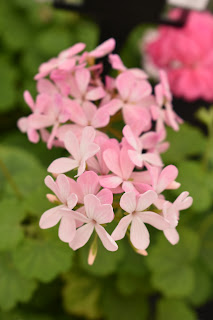 I could have spent several hours just looking at them, admiring them and coveting them.  One of the most important pieces of information Heather shared with us is that pelagoniums should be kept at above 7 deg.  If you keep them above this temperature then they should get through the winter.  I bring mine into the conservatory to over winter them and in future I will make sure I definitely do this. 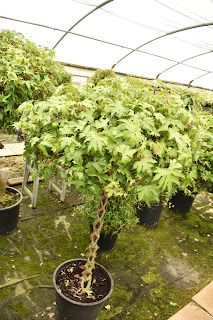 We moved on to look at the hedera (ivies).  We walked around the poly tunnel and I found myself uttering words I never expected to: 'ooh look at the amazing ivy'.  If, like me, you have rampant dark grim ivy wandering around your garden, it is rather good to be reminded that ivy, like all plants, has its beauty and some of the varieties were truly stunning. 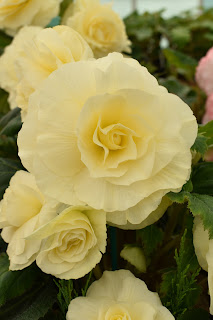 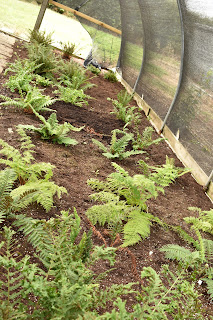 Then it was hello to the ferns.  So many ferns, so many beautiful ferns.  There was a time when I thought ferns were dull and just sat there being green.  Now I look at the different shapes and forms, I admire their shades of green and the emergence of their fronds, I am a fern convert. 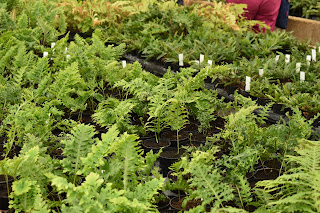 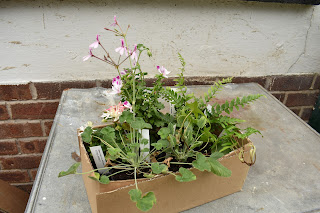 and of course a box of delights came home with me.  Four pelagoniums, one ivy and one fern = happy happy.

In the afternoon we wandered on to Hidcote where we were given a tour by All Horts member and gardener at Hidcote, Tom.  Tom proudly showed us around the gardens and talked us through some of the many changes that are happening to restore the gardens to be more like they were when Major Johnston created it.  I last visited Hidcote last November, after a gap of several years.  It was good to see it in the growing season. 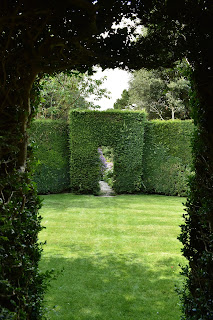 We had a really good wander, 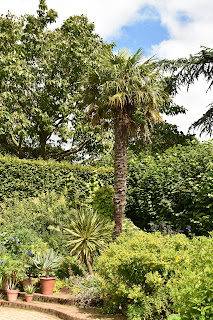 there is much to see and love at this garden, 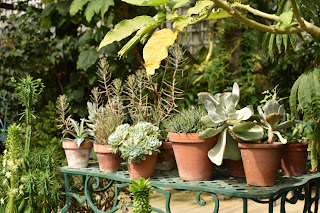 we spent a lot of time in the hot house in the kitchen garden.  I am still in spikey/succulent mode at the moment. 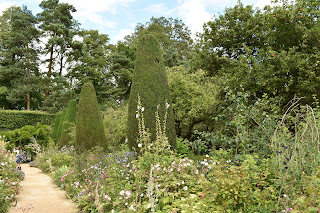 We had the most wonderful afternoon.

A massive thank you to Heather and Tom for looking after us and giving us so much of their time.  Thank you also to All Horts for another wonderful day out with such good company. 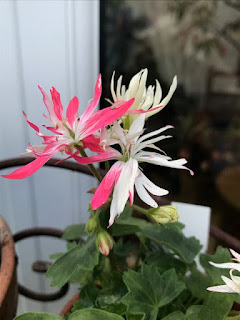 Just to round this off, whilst I am talking about being still in spikey mode - this is pelagonium Little Spikey, how could I leave such an adorable pelagonium behind at the nursery?  I am pretty sure that this pelagonium is the equivalent of L'il Sebastian.
All Horts ferns Fibrex Nurseries hedera pelagoniums zonal pelagonium zonartic pelagonium