Hodsock Priory - a morning of scents and snowdrops

February 09, 2017
I was delighted to be invited to Hodsock Priory's media event the other day.  This has become one of my favourite events of the year. It has become for me the start of the season.  As if to further reinforce this the sun came out for the day. 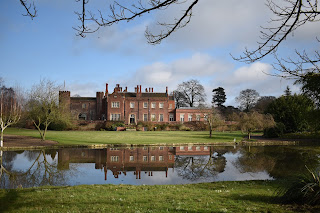 and the sun did shine.  It was the morning after an evening of torrential rain but as we drove closer to Blyth the clouds peeled back to reveal a beautiful day.  It felt like we were emerging, blinking, into a glimpse of early spring.

It is the twenty-sixth consecutive year of Hodsock opening for snowdrops.  What at the time seemed a lot of visitors on the first day, a goodly 700, has now developed into between 15-18,000 over the opening period. 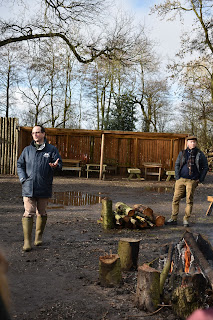 Our host for the day was George Buchanan who knowledgeably and proudly showed us around the grounds and his family home.  George told us that the snowdrops were originally planted by one of his ancestors in the early 1800s.  The woods were allowed to get very overgrown in the 1900s as the grounds were used for bird-shoots.  The family keep the woods more clear of brambles and this has allowed the full beauty of the snowdrops to be appreciated. 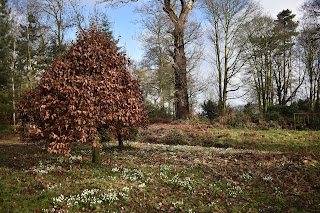 Even though the season feels a little late in starting this year, the snowdrops are already making their presence felt and there are signs that there are still plenty more to come.  Whilst the family have added 250,000 snowdrops that were planted for the millennium, George said that they usually say they have around 4 million in total.  There are no claims to this being an accurate number, but you only have to look around to know that there are more than you yourself would want to count, at which point challenging the 4 million is churlish. 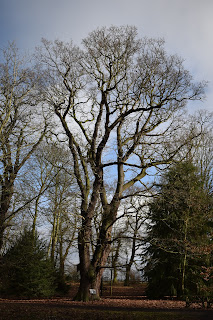 This fine twin trunk oak tree was pointed out to us as it is the oldest known tree in the grounds, being around 500 years old.  This is also the same age as the twin towered gate house that adjoins the house.  There is a nice synchronicity in this. 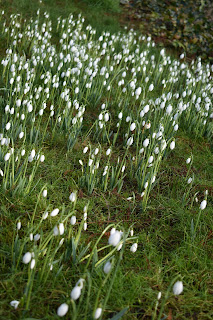 As you would expect, the snowdrops are many, 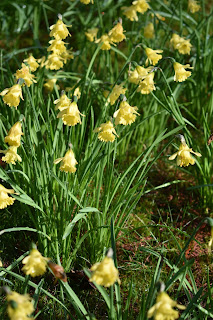 as are the banks of Cedric Morris daffodils that have apparently been flowering since December. 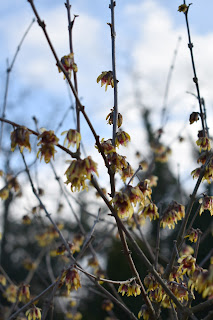 The gardens are more than just snowdrops.  There are the most wonderful scented shrubs as you walk along.  There are sarcocca, winter honeysuckle and this very fine Chimonanthus, or Winter Sweet. 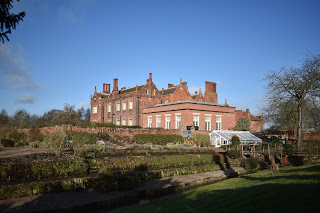 I love how the house sits so well in its grounds. 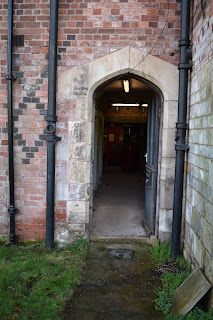 We were allowed a bit of wander around the house, including a walk through the cellars..... 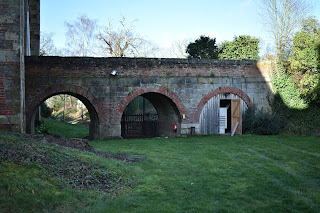 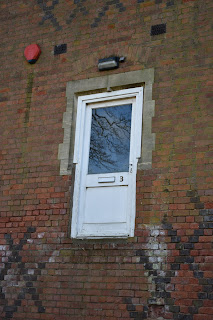 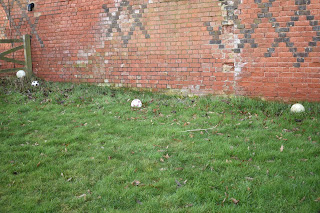 ... and not really ponder where the children of the house like to kick their footballs.  I smiled at this as it shows how much this is very much a family home.  This is evident from all they do and it gives the garden a charm and a warmth. 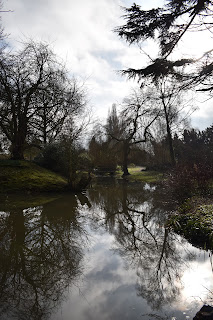 As we walked around we failed to see the mink that is apparently currently enjoying living in the grounds and eating fish from the lake.

George had introduced the day by telling us that part of the feedback from their very first opening day in 1991 was 'never lose the magic' and that they try to use this as their guide when they open the gardens.  I can confidently state that the magic is intact. 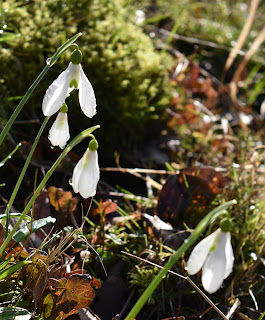 The gardens are open for snowdrops until March 5th 2017.  They also open in late April and early May for bluebells, please check their website for more details.

Other snowdrop visits this year: