February 01, 2017
January seems to like starting the year off by testing all the weather that it can just to make sure that it is all still working.  So we have had rain and snow, ice and fog, rain and sunshine and some rain.  January is the month where I struggle most to get outside in the garden as often, and this year is no different, it is too sodden and muddy to get out there and achieve much.  I have managed some progress though.

In the driveway the Mahonia 'Charity' I planted last year is starting to spread its roots and develop some growth. 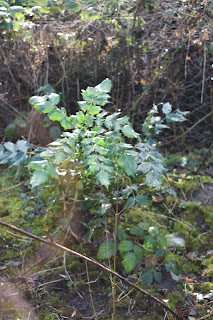 There are also some flowers getting ready to flower on this shrub.

The Cornus officianalis which is also in the drive way is just bursting into flower.  This is a great shrub, it starts to flower just before the Cornus mas in the back garden does and usually flowers for longer. 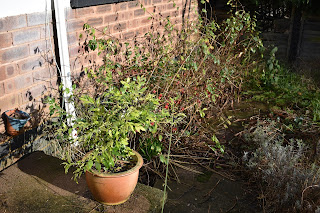 The Sarcocca is flowering away on the doorstep and the quince hedge is flowering too.  No sign of bees yet this year though, it is still a bit cold. 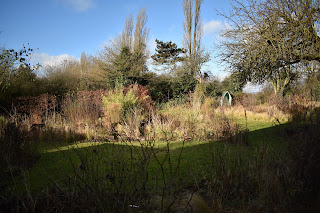 Heading around to the back garden, even though this was late morning when I was taking these photographs, the shadow hangs long this time of year. 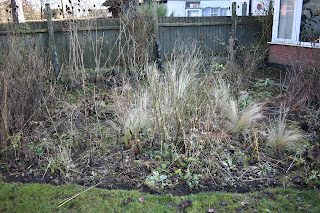 The Conservatory Border which has the shadow for the longest never does well this time of year.  The grasses though look ok and I do not garden to make every part of the garden be a focal part every day.  This is more of a June border. 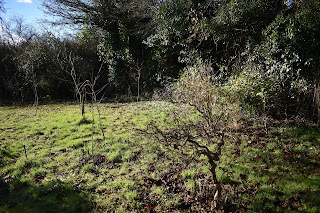 The Wild Garden is more my favourite part of the garden this time of year.  The sun was at an angle to make it sparkle. 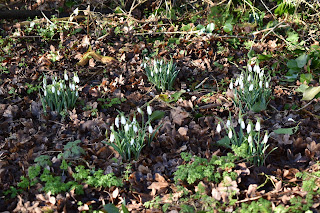 The snowdrops are on their way up.  There are still lots yet to emerge as it is a little bit early for them just yet.  I do think I can usually see more by now though, so I am thinking the season might be a little later than last year. 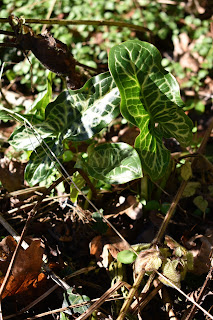 These Arum maculatum were planted some years ago now.  I hoped they would spread more than they have, but I love the leaves when they emerge.  They have some of the best markings of any leaf in my opinion. 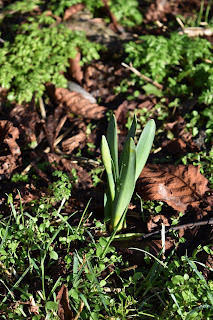 and the daffs are on their way up. 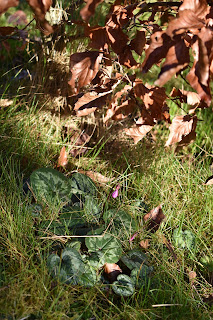 The first cyclamen coum flowers are also starting to appear.  This little clump is under one of the beech pillars. 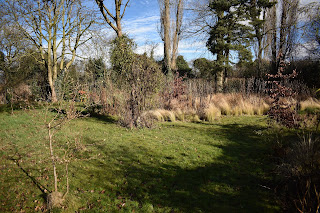 I always like this view across the Dancing Lawn this time of year.  Soon the crocii and other bulbs in this lawn will (hopefully) emerge. 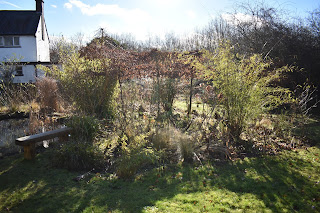 I also like this view of the Exotic Garden.  Which is not hugely exotic this time of year but the Phyllostachys nigra is now getting to be a large handsome plant and it dominates the space this time of year. 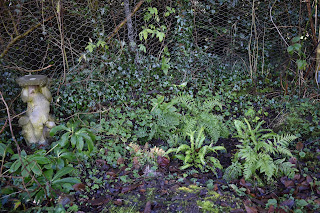 The fernery is also worth its place this time of year, well any time of year, and it has created a corner of green all year round. 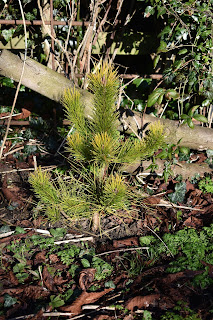 This Pinus radiata aurea, a gift from a friend, is lighting up the top of the garden.  Yes, yes I know I don't like conifers, but this is a pine so it is ok. 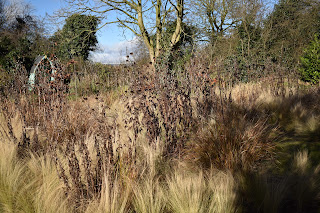 The Prairie Garden enjoys the sun, it will soon need cutting down but for the next couple of weeks it will still look good. 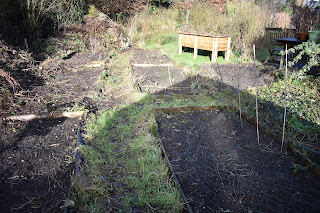 The veg borders are ready for planting up.  Though they will be turned over more to flowers than veg this year as I have mentioned previously, I have wedding flowers to grow. 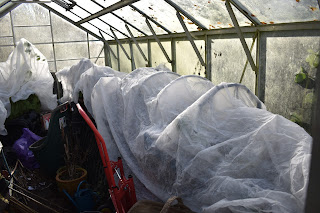 Inside the greenhouse Miss Havisham is still in residence. 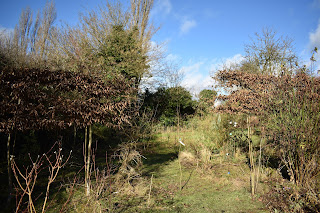 Oh and before I forget, I have a gap.  The pergola is pending no more, it is no more.  I barely touched it and it collapsed so it was clearly meant to be.  It will take a while for the new hornbeam to fill the space but it already has changed how this part of the garden feels and I like this change. 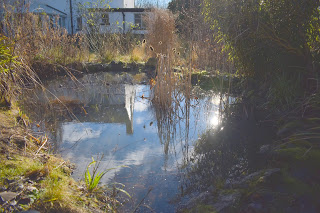 I end as ever on the pond.  Which is cold but as full as it gets and is waiting for the arrival of frogspawn.

Thanks as ever to Helen for hosting this meme.
Cornus officianalis End of month review End of month view Pergola quince hedge sarcococca