Looking for a vindication

January 22, 2017
The other day I was lucky enough (very lucky) to win tickets to the Party for Perennial, a fund raising event for the horticultural charity Perennial.  It is a worthy cause and so to make up for not paying for the tickets raffle tickets were purchased.  My luck ran out at the raffle but that is, as always, not the point when you are supporting something worthwhile and it is truly worthwhile.  We stayed overnight and so the next morning we had a relaxed wander about our capital city until it was time for the train. 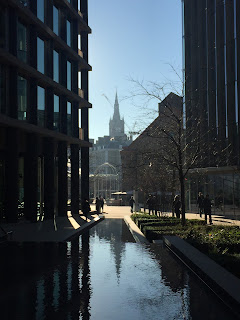 Our wander took us through St Pancras Square, which we greatly admired.  It is a really good space and there was some good planting that worked very well. 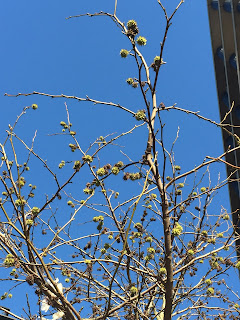 We stopped in our tracks to admire the bluest of blue skies and this liquidambar complete with seedcases.  Now I have to say that I do not think I have seen seeds on a liquidambar before.  We pondered this for a while,ignoring the passers by who were wondering what on earth we were finding so fascinating.  We then moseyed on our way. 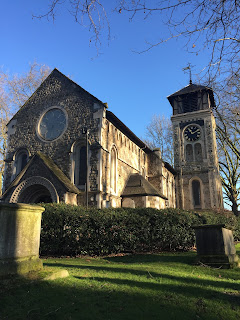 I had a whim to visit St Pancras Old Church as some time ago I remembered someone telling me that Mary Wollstonecraft Godwin was buried there.  Mary Wollstonecraft is hugely significant in the history of feminism and I wanted to visit where she was buried.  For me it was a personal act of acknowledgement.  There was also something rather apt about making this visit the day before millions of women marched in defiance and unity. 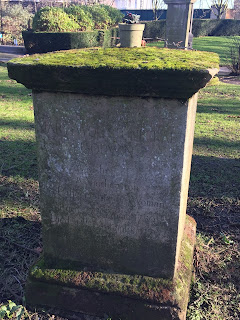 It is an unassuming headstone really, but that felt appropriate. 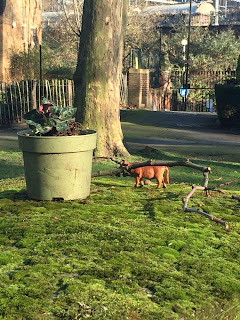 There was a collection of things on top of the memorial, there was a joy in their randomness. 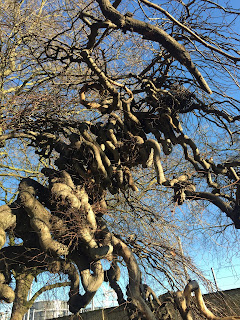 We also stopped in wonder at the shape of this tree.  We could not work out what type of tree it is, we had never seen such a shape before, there were a couple of these trees so it must be how they grow. 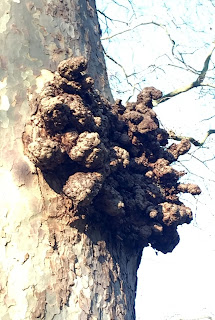 (Excuse the bleached out photograph).  We stood looking at this too, we wondered if it was tree cancer?

The trees in the churchyard are impressive, though the Hardy Tree is probably the most famous. 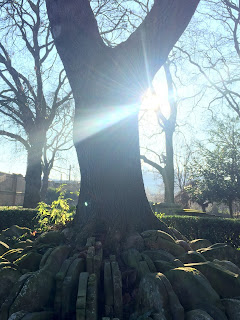 Thomas Hardy (yes that one), worked on the relocation of the original church and graveyard when the railway was built just up the road.  Many graves were removed and these stones were put around this tree that has now grown around the stones. 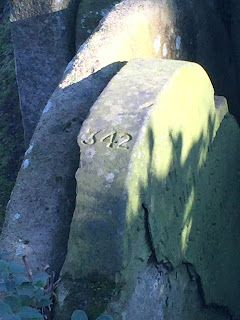 I was fascinated by the numbers on top of the stones, I assume they are indexed. 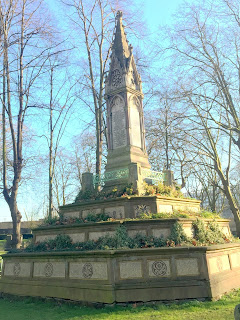 There is a lot to see in the churchyard, but we spent probably the most time admiring the Burdett-Coutts Memorial to the people whose graves were lost during the relocation.  It was clearly a significant act to relocate the bodies and I can only begin to imagine the upset it must have caused. 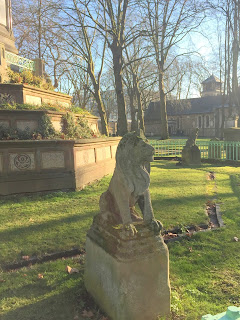 The memorial sundial is guarded by lions and dogs. 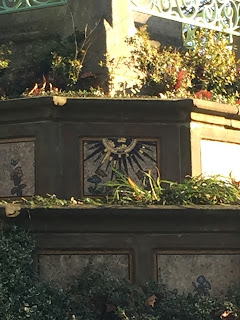 It houses the most wonderful mosaics. 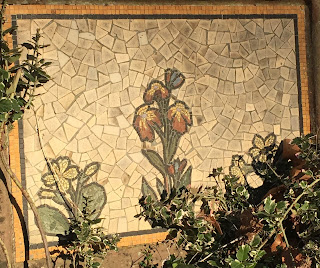 The detail is incredible. 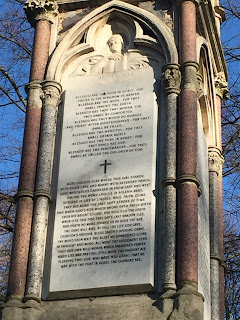 and I found it rather moving.

It was a fascinating end to our adventure into London.  It was nice to have some time to wander as usually I am dashing around having to be somewhere.  It was one of those moments when the need to take a little time seems a good habit to embrace.
A Vindication of the Rights of Woman Burdett-Coutts Mary Wollstonecraft Godwin Party for Perennial perennial St Pancras Old Church