The year of the snail

October 16, 2016
We have had a couple of relatively mild, wet winters; followed by relatively wet springs and summers and autumns.  Earlier in the year there were warnings in the press that this would create the perfect conditions for slug and snail reproduction; this was an understatement. 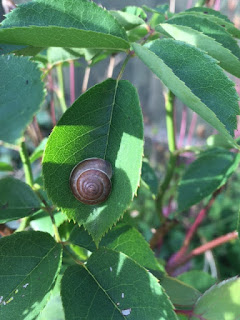 This year the slugs and snails have feasted well.  This is the first ever courgette-less year I have had since I have been growing them.  I did not know the words 'none' and 'courgette' were ever a thing.  I am used the to the word 'glut', I am used to asking the family 'what do you want to eat with your courgette tonight', but to have not one is astonishing.  The slugs had every single one of them.

The slugs have the courtesy to hide, the snails however flaunt their rebellion. 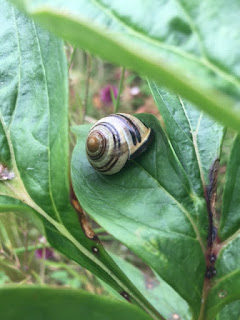 Snails have a hardness to them that slugs do not (this might be the shell....), they care not for opinion, they care not that I pick them off plants and thrown them over the hedge.  They limbo back under the hedge swaying and a singing 'Lets go fly a kite' in a sardonic manner.  Oh yes, I hear them, oh you sneaky sneaky snails. 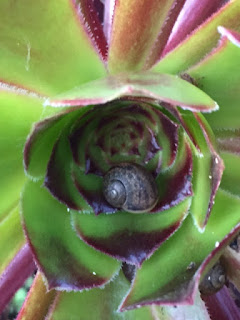 They know they have a beauty that slugs do not, they know that there is something a little charming about their house that they carry on their back.  What they seem to fail to know is that if they wander about on the path after rainfall I might not see them and all might end with a crunch.

I am not a slug-snipper, or a snail-cruncher on purpose, I dislike what they do to my garden and this year the odd organic pellet might have made an appearance, But I have also have allies on my side. 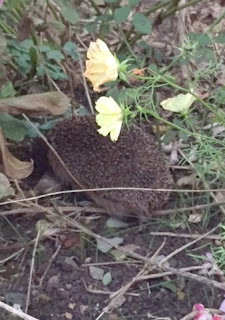 There is the shadowy Ms P the hedgepig.  I do not see her very often, but she pootles around the garden like she owns the place (in truth she does more than I do).  She is my secret weapon in the war on slugs.  I do not have a photograph of the mistle thrushes that help out with the snails, but they beat them out of their little houses and feast on their soft innards.

I could say I do not wish the snails/slugs any harm.....

and if you want an earworm to go along with this post I give you Al Stewart 'The Year of the Cat', just replace cat with snail and you're away.
No need to thank me.
hedgehog hedgepig mistle thrush slugs snails