A day of plant buying at Felley Priory

October 06, 2016
Felley Priory in Underwood, north of Nottingham is about an hour ish from where I live.  They host a Plant Heritage rare plant fair a couple of times a year and a few months ago trusty side-kick and myself wandered up that way.  They had some very good nurseries represented and several plants purchased later we resolved that a) it was an extremely good plant fair and b) to return for the October fair.

The day arrived and off we went.  I was telling myself I was going to be good and not going to buy much (no laughing at the back there!).  I was, of course, fooling no one not even myself. 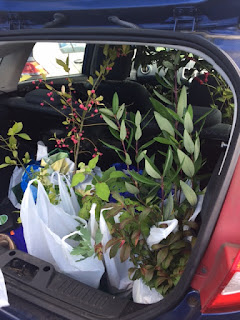 These are not all my plants, but in truth, they mainly are.  I went on a bit of a spree. 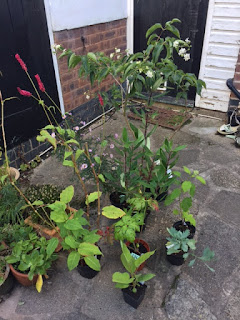 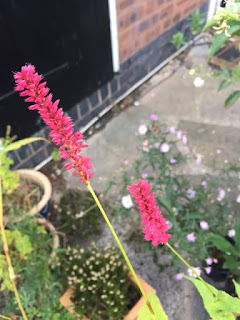 I was after a good perennial one and I liked the look of this one particularly.  I also bought a nice little Hydrangea arborescens 'Annabelle', an aster Vasterival and a rather nice Carpenteria californica all at nice bargain prices.  I also bought a Geranium palmatum, I already have one so this is a contingency one to overwinter in the greenhouse just in case. 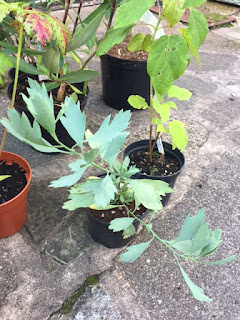 I decided to have another go at growing a romneya.  I managed to keep my last one alive over the winter only to have the slugs devour it.  This time, this time I will be more successful. 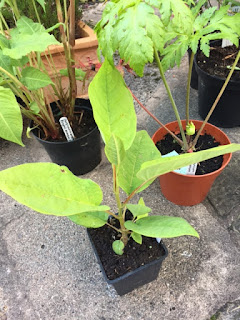 I also bought this dinky Magnolia sieboldii, it is only a tiny tot but I thought it was worth spending £3 on. I shall just hope it flowers before I expire. 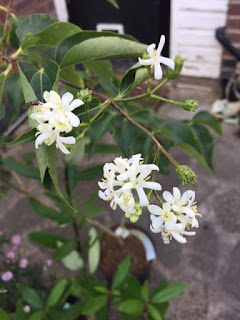 and this, dear reader, is where this becomes a tale of shonky goings on.

I saw this plant and after a quick bit of internet research decided to buy it.  I paid the asking price and asked the stallholder if he could keep it behind the stall whilst I kept shopping.  An hour or so later I returned and the smiling stallholder laughed and said he had one lady asking about the plant.  He said that he told her if she gave him £25 for it she could have it and he would just tell me it had been stolen.  I had paid £12.50 for the plant.  I laughed, told him I would have hunted her down and thinking it was a tall tale, left with my lovely plant.

As we were leaving the plant sale I heard someone say something about 'I wanted that plant' and at first did not realise that the lady was talking to me.  We had walked on a bit but paused whilst side-kick was talking to the man on the entrance gate.  The lady continued to talk to her friend, explaining that she had seen my plant and admired it on the stall.  The man behind the stall had apparently told her that if she paid him £15 she could have it and he would just tell me it was stolen.  Now bear in mind the lady did not know I was listening to this so I have no reason not to believe her.  I was, quite frankly, appalled at the behaviour of the stall holder as I genuinely believe he would have done that deal with her.  Thankfully the lady in question had more admirable principles than the stall holder.

I would not name and shame as that is not my way, I also do not have the nursery name as it was not on the plant label.  But I never forget a face.....

This aside, the plant fair at Felley is definitely one of the best I have been to. The selection of stalls is fantastic and the quality of the plants is excellent.  They also have their own nursery onsite which is where I bought the romneya on.  It is a good nursery, well kept and with a good selection.  I shall definitely be returning.
Felley Priory Plant Fair Plant Heritage