September 11, 2016
The other week I had not intended to go on a spree, in fact I told myself I had a clear budget and that I had to stick to it.  I had thought of nipping out to Avondale Nursery on the Saturday, but it rained and thundered all afternoon and I decided I would go in the morning.  In the morning I thought I might expand my trip and look for an NGS garden to visit.  Lo and behold there was one fairly close to Avondale that not only was attached to a nursery but was owned by someone who I talked to on twitter.  Well that was settled then, it was going to be a two nursery morning. 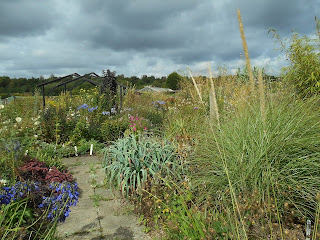 Despite the colour of the sky, when I arrived at Avondale Nursery it was quite warm and sunny.  I kept looking at the sky though as it was very threatening.  Avondale is about thirty minutes from home so quite a nice distance to pop out to.  The Library Garden is a 'must do' part of the visit as it really does give inspiration.  That is gardener-code for 'showing you plants that you might overlook in the nursery in a pot but when you see it in situ you will go back and buy it'.  They can predict me that well. 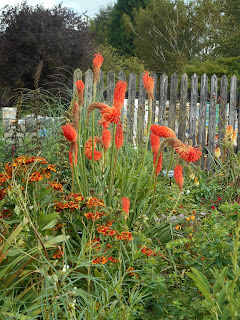 Look at this Kniphofia 'Lord Robert', is it not amazing?  I fell in love with him immediately 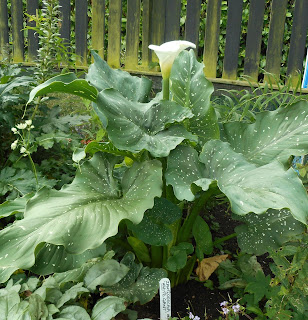 Everything is labelled well so that you do go back and demand to buy. 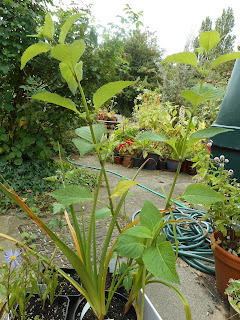 So I bought, of course I bought, I went with the intention of buying.  I came away with: 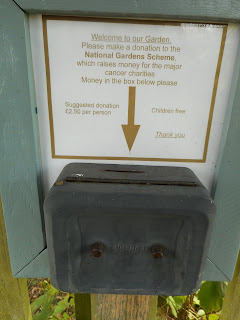 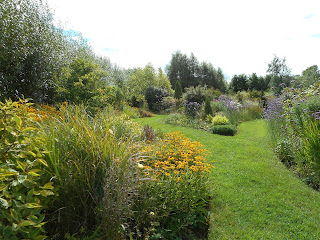 The garden is a trail of grass paths and deep borders. 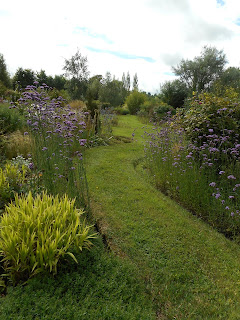 The Verbena banarama clearly loves the soil and was growing well.  I do love this plant, I know some people think it is over-used, but I am not tired of it yet. 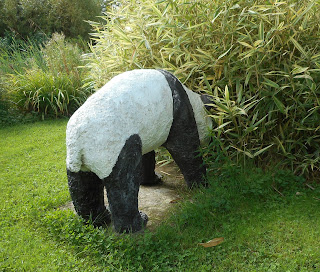 The nursery specialises in bamboos and ornamental grasses.  I was slightly surprised to find a panda munching away at the bamboo, but then I realised that they don't eat grass. 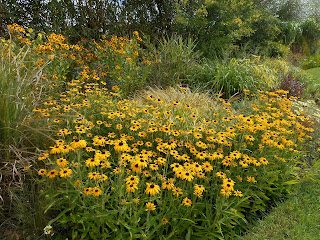 I liked the garden a lot.  It has a lot of colour. 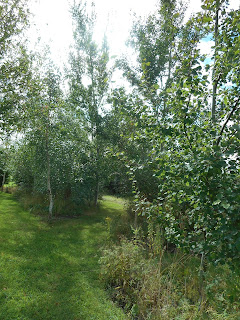 and good use of trees to create a windbreak.  It made me think about my own garden and about how I think about having less 'lawn' and more 'grass path'.  I pondered not for the first time that my garden remains still very much work in progress.

Then I wandered around the nursery, had a coffee and a chat with Christine, and then accidentally bought a couple of grasses. 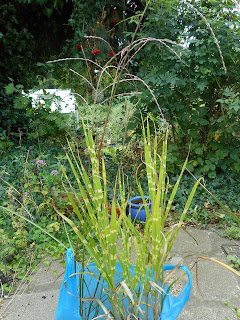 Very happily I got back into the car and headed for home.  My journey home, however, included an unexpected mission.  As I had drive to Bridge Nursery I passed a small colourful nursery boasting dahlias for sale.  I decided to keep an eye out for it on the way home and stop off. 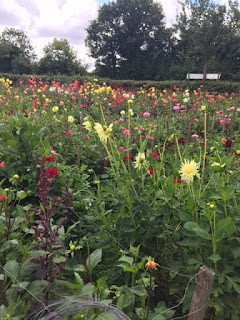 I found it again on the way home and stopped off.  This is the sight that greeted me, a small field of dahlias. 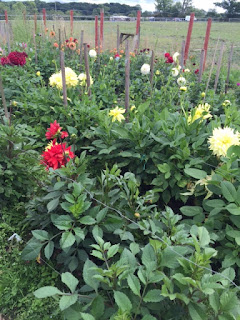 So many and so colourful.  Well of course I made a purchase. 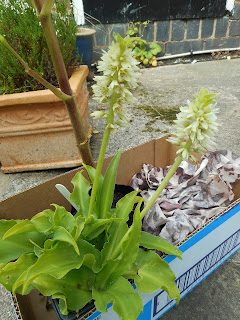 That's not a dahlia I hear you cry!  No its not, it is a very cute little eucomis.  I just had to buy it. 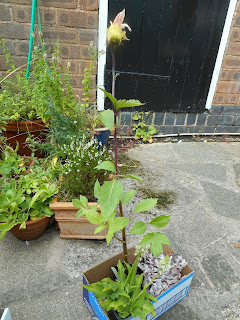