August 17, 2016
I first visited Wildside waybackwhen, well, about seven years ago  I think.  It made quite an impression on me and I knew I wanted to return.  I knew it was not in a finished state and the thought of returning to see progress made it even more exciting.

Four years ago I decided I would return to Devon.  Top of my list to visit was Wildside.  Sadly I planned the visit without checking when the garden was open.  It does not open in a regular pattern and I missed the window of opportunity.  I had a great time in Devon but I still wanted to get back to Wildside.

Fast forward to this year and I found out that the garden was going to be open for two weeks only:  One in June and one in July.  June was impossible but July was doable.  It was more than doable, I was determined it was going to happen.  Plans made, itinerary decided, I set off. 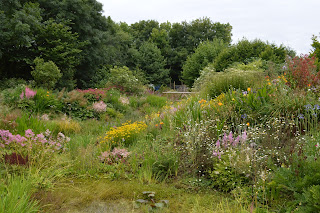 You walk into the garden and the paths wind away in front of you.  I think it is impossible not to stop for a moment and just take it all in.  You look across a sea of colour and you are driven to explore.  You reach some dead-ends but it is ok, you wind your way back and the garden looks different depending on which direction you are going.  At some points you can see where you want to go, but you take a few attempts to get there.  It is quite magical. 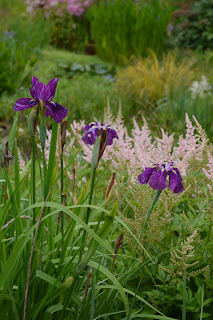 There are areas where the planting works incredibly well. 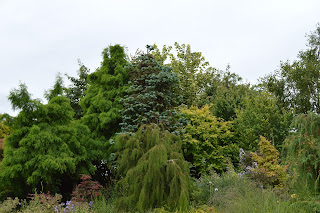 As I walked around parts of the garden flooded back to my memory.  I remembered the conifers, so out of fashion yet being used very effectively.  These ones were larger than I remembered though, could it be they had grown.....? 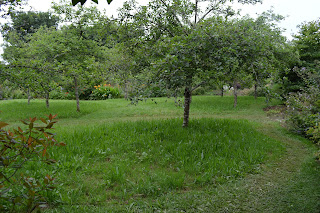 I love this breathing space in the garden, where the colour and chaos stop for a moment and you can let yourself rest.  This is good and necessary.  I think this space is somehow what makes the whole area feel like a garden.  I am not sure I can even explain this comment, but it is something to do with giving the garden a core, a heart even. 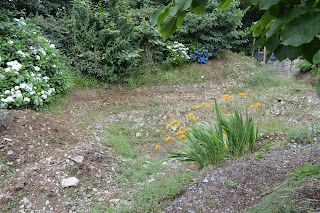 There are still the areas that are not finished.  This was a bit disappointing to be honest.  This area of the garden did not appear to have moved on. 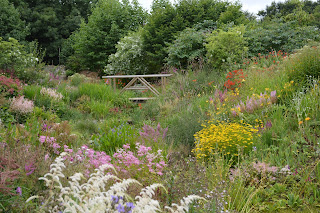 The ponds that there had been were almost overgrown. The planting was beautiful but the break for water was missed. 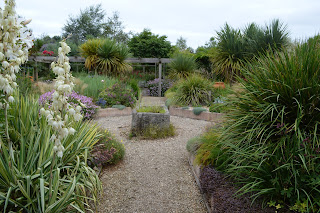 The Courtyard was looking very good, better in fact than I had remembered.  It had felt a bit unfinished when I last saw it, probably because it was. 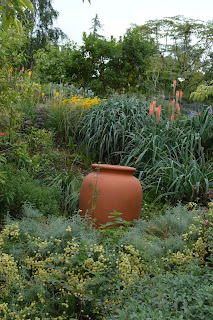 I went through the Courtyard and up into the 'new planting area'. 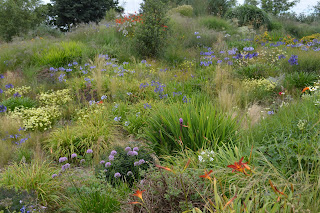 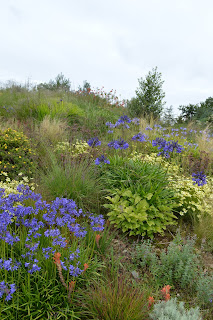 It is the most fantastic planting.  I was in seventh heaven again. 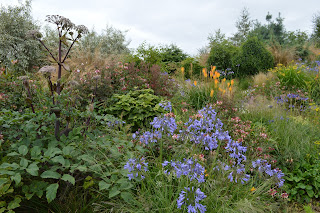 The colours and forms all worked together perfectly, 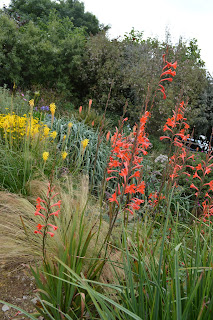 This was the excitement I had felt on my first visit.  I had walked around the original part of the garden enjoying it, yet not being as wowed  as when I first visited.  Now the wow was back.  I did wonder if it was because I had seen it before and therefore it was no longer new or was it just that there are only so many hours in the day and creating a new area of the garden is a large undertaking? 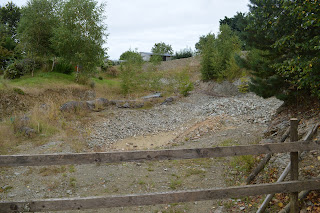 and through the fence was work still yet to be done.  Was this the next big part of the project?

I enjoyed my visit, it was my sole reason for going to Devon, with the other stops being just part of the journey.  I will return to this comment in a later post on this trip (a touch of mystery for you there).  I will also return to Wildside again as I still find the prospect of watching it develop as exciting.  I remain of the opinion that it is one of the most interesting and innovative gardens I have visited.

Other posts relating to this trip